A Grandfather’s Dilemma: Educating the Village 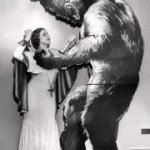 If you regularly read my posts, you know I’ve been working full time at Recovering Noah, Inc.  The pay bites, the kisses are many, and every leap forward in development is a glorious event to behold.   A few months ago my mom and dad moved in to help my husband Dave and I keep our neurotypical kiddos on track, educationally and emotionally, while I focus most of my time and attention on Noah’s medical regimen and therapies.   The best laid plans, they were — or so we thought.  Within days of my parents making the move from Michigan to our home in the Chicago suburbs, we learned that my mom had lung cancer that had spread to her lymph nodes.

Her surgery went very well, the cancer completely eradicated. Good juice! However, her recovery is still in process.  She has extreme pain given the location her incision, so my dad is trying to help me out as best he can while also caring for my mom.

A few days ago he helped our kindergartner, Liam, with his homework.   It was truly a blessing to watch my dad animate himself to the point that even my third-grade daughter pulled herself over from her dress designing to sit beside them and help Liam learn about shapes.   Through the wall in Noah’s room, I could hear my dad exclaiming how cool a cube can be when you really examine it.

My dad is 83 and was still working right up until the week before their move.  He’s doing a great job of assimilating, but turning into a multi-generational household, in which the dominant theme is autism recovery, has not been without challenge.

He comes from a generation where you fall in line, do what you’re told, or you get the belt. That’s just how it was back then, and it was effective for him and his brother and sister.  You don’t mouth off to your mom, you show respect, you do what you’re told, you are grateful for what you are given and you do NOT complain. 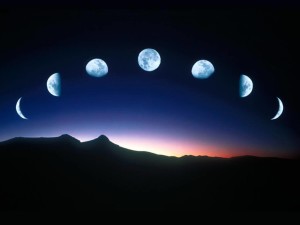 Segue to our home, the evening of January 15, 2014.  Full moon.   Presently several theories abound about why our children with autism go bonkers during this time in the lunar cycle; some are scientific, some metaphysical, some parental speculation.  In the interest of staying on topic, we’ll not delve in here, but I will tell you Noah could have given the Tasmanian Devil of Looney Tunes fame a run for his money.  He was literally a whirling, spinning, cartwheeling, laughing, screaming, crying dervish from the time he came home until his lids finally collapsed at 9:30 p.m.  We saw the resurgence of combativeness we’ve not seen in months.  At one point, he was displeased because my computer screen went into sleep mode and he could no longer see an image of his favorite movie.  He launched into old-school behavior that included grabbing my ponytail, digging his nails into it and clawing my neck with his free hand.   This is something my father was not accustomed to seeing, and he launched his 83-year-old frame between Noah’s ABA therapist and me, grabbing Noah by the shoulders and shouting, “You do NOT hit your mother! Do you understand me?” 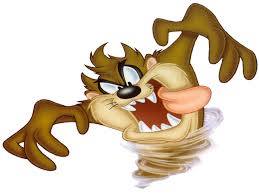 The amazing young woman who has been working with us for several months in our home calmly smiled and guided Noah into the other room. “It’s okay, Mr. Joyce. I’ve got it under control.”

My dad was frozen in disbelief for a moment.  I lead him to a foyer away from Noah and explained that we do not acknowledge the bad behavior in any conventional way because it only reinforces it. I also said this is so rare these days; we do not see him act like this very often anymore, so I understood why he was so shocked, but . . . in the world of autism, the adults must remain consistent if we expect to see improvement.  We fail miserably, of course, but it’s the goal I want everyone to work towards.

This event piggybacked  off a series of corrections that began on move-in day: 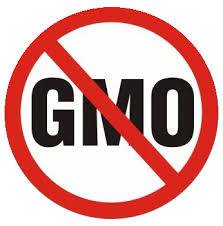 “No, we don’t sit down and have family meals because Noah is still on liquid nutrition a good portion of the time. It’s not fair to him.”

“That was such a thoughtful gift, but Play-Doh has gluten in it.”

“I’m sorry, soda is not allowed in the house.”

“Yes, even just a little taste, one bite, a little bit, a tiny sip . . . it is all extremely detrimental to him.  Think of what you want to reward him with and replace the word candy, cupcake, pizza with a word that actually describes what those things are to his body: neurotoxic.  Then you won’t feel so awful about him having to miss out.”

“We don’t brush their teeth with flouride toothpaste, but thank you for offering to help!”

“Wow!  That was so nice of you to do those three loads of laundry.  We can’t use that soap, so I’ll have to rewash them.  Please do not be offended I really appreciate you trying.”

I imagine for my parents it is a bit like moving from Michigan to Mars.  Nothing is as it was for them.  Every little purchase, everything that enters this house is scrutinized for its nutritional content and toxicity.  Everything.  It’s never “Hey, I’ll pick up some Chinese on the way home.”  Ever.   There are no mindless decisions at Casa de Goes.  None.  Everything is critical and crucial and important.  Ironic, given the fact that the most important decisions Dave and I ever made before this happened were determining what great new restaurant to try or which fun couple we’d hang out with over the weekend.

Over Christmas, my dad came home from the local grocery store with a bag of vegetables: most of the foods I’d suggested to my mom in an effort to help jumpstart her immune function.  Yet, everything in the bag was chosen from the frozen and packaged food aisles.

“It’s just spinach with butter sauce!  What the heck is wrong with that?”

He saw during the holidays what a toll this sort of food takes on Noah.  One minute we have a smiley kid who is showing off his new-found writing ability, the next he is clearing tables, a bright red rash consuming his cheeks.  “What do you think he got?”  He would ask out of genuine concern and curiosity.

My mother has just finally broken herself of the question she would ask hourly during those first few weeks:

“Can’t they give him something?  There has to be something they can give him!”

“Between the ages of one hour and two years they were always ‘giving him something.’ That’s how we got here, Mom,”  I would say repeatedly, until I no longer had to speak — a look sufficed, which then led to Grandma tears.  “How much more does this child have to endure? Why did this have to happen?”  I always walk away when anyone goes to the why place because I could shrivel up and die there — and who would be here to take care of things and experience the moments of bliss when they pop up in between all the angst and hard work?

It’s one thing to see autism on the holidays or during summer weekends.  It’s entirely another to live it day in and day out.   I give both my parents an immense amount of credit.  They have made the changes and respected the rules.  There is still far too much indulging the NT kiddos in GMO nasties in the comfort of their private quarters . . . but there is this sense of normalcy that is lacking that I long for, for all my children.  So I permit it.

As the evening spent itself, my dad came upstairs and had a glass of wine with Dave when he came home from work.  I was with our therapist trying to help calm Noah again when I heard him recount what had happened.

“It’s just so hard Dave.  Here’s your daughter, and you’re seeing your grandson attack your child, and there has to be something you can do, and I just reacted.  It wasn’t right, I know, but what are you supposed to do?  This just, this just shouldn’t happen.”

No.   It shouldn’t, should it?  But, as the autism numbers keep climbing, and as the term “autism” is replaced with the new terms  “global” or “multiple developmental delay” in an effort to hide the rampant numbers of children being diagnosed, more and more grandparents will be called to help their kids raise their kids, because no one person or family can handle it alone.  As the vaccine schedule grows and grows, and as Monsanto pushes for more and more control and less and less truth in labeling, our kids will be one in two before 2020. 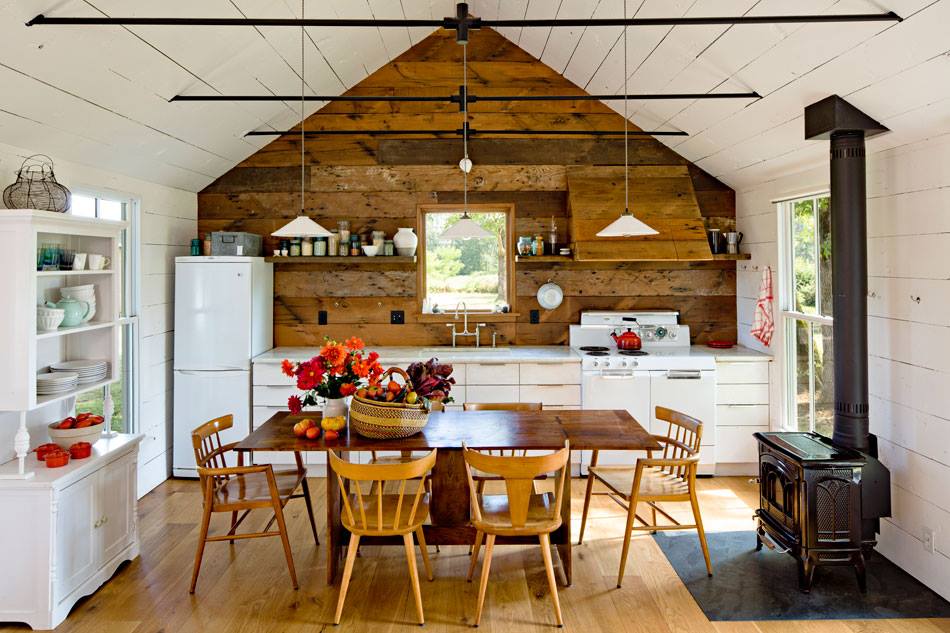 So I guess the question is how many really good friends and close family members do you have?  Who do you know that will stick with you through this?  Who will lend you money for treatment, watch your screaming self-injuring child between the hours of 1:00 and 4:00 a.m. so you can get some sleep before work?  I know most people reading me are Thinkers, and this is sort of preaching to the choir.   But these days I do not feel like I can preach enough.  We are everywhere.  I see people falling victim every day. My friend Alison and I lamented as we shared a good cry on the phone today.  So many more people need to hear us if we are going to prevent more children from being harmed.  For just a moment, needing a break from the intensity of our lives, we determined we’d have made really great interior designers. Were we to have been normal, were our children not harmed by their food and medicine, were we to follow the path of the mainstream — the path of least resistance, the path that encouraged us to believe what we saw happen didn’t happen — and our lives would just be so much easier if we had just accepted the bum deal we were handed and moved on with our lives.  The lives so many of our friends live. But, there is no shortage of interior designers.  There is a shortage of parents who are willing to educate themselves and the masses about food, medicine and public policy because most folks just don’t see how these issues impact them directly. So here we sit.  Pounding out our blogs, talking at universities and libraries and community centers.  Writing books.  Creating films.  Networking with environmentalists and health freedom organizations. But the problem is, most people come to us after their children have been harmed.  After the damage has been done.  This is what makes our hearts and souls cry out in agony.

I end with this video because, despite my desire to work with chintz and bamboo instead of enemas and syringes, things here at Recovering Noah, Inc. are going quite well with the additional support, sans the full moon, of course!  The salary is non-existent, but meeting my son for the first time after we lost him to the MMR, and a multitude of other preventative medicines and toxic foods, is priceless. He did not acknowledge his siblings a year ago.  Look at them now! Even so, I like to think I would have been a decent mother and interior designer.   Someday, maybe.  After we’ve educated the village.

14 Responses to A Grandfather’s Dilemma: Educating the Village