Jayliel Vega Batista, a five-year-old boy with autism, was found dead in the water today. I found myself shocked by the sheer ignorance of people’s comments . . . and the cruelty. People were saying this was “natural selection.” And there was this comment, which was more kind than most:

Parents should be a little more involved with their kids, especially with autism. I’m curious as to how he got away, and wasn’t wearing shoes, socks, or a coat. One would think with a boy having autism, his parents would be extra vigilant. It’s truly a tragedy, and my heart goes out to this family. 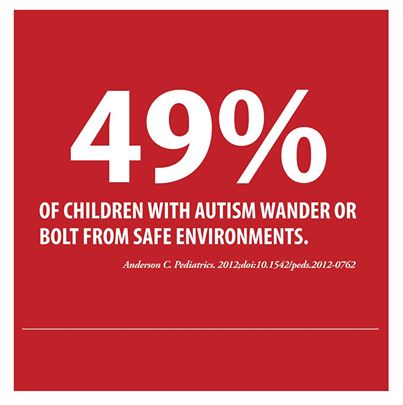 Apparently, there is still so much misunderstanding of autism in our society. How much has autism awareness helped the rest of our society understand? We’re all aware to the roof what autism is, and yet so many people are still unaware that nearly half of all children with autism spectrum disorder will wander from a safe setting. It makes me sad to see those glimpses into comment land (I rarely go there anymore). Autism Speaks who claims to have been making great strides in autism awareness doesn’t seem to be getting the message out far enough. So many seem to think that parents of children with autism are not involved and negligent, especially when the children elope to their deaths. And just like there are some irresponsible parents of neurotypical children, there will be some with special-needs children. But I can guarantee you this, every parent I know — and friends of friends in the autism communities I am involved with across the nation — are more involved with their children than most could possibly comprehend.

And for the parents of the children who run? The terror they go through daily, the multiple locks on doors, or mothers sleeping by their children’s bedroom doors at night to ensure their safety, or the mothers who rarely sleep at all trying to keep an eye on them. A simple outing is full of escape opportunities, and a parent has to be thinking five steps ahead at all times. It’s a daunting task for anyone, but add in years of no sleep, little self-care, relatively no support from the community in terms of services and actual meaningful help, constant doctor visits, IEP nightmares, and marriages falling apart . . . So how dare anyone blame the parents? Those who do so should help us fight for services, support, meaningful help. Help us fight to protect our children.

There is too much judgment over a life one simply cannot understand unless living it oneself.

For resources to help those with children who wander, bolt, or elope from safe settings, see National Autism Association’s Big Red Safety Box.