Posted on May 4, 2015 by Thinking Moms' Revolution 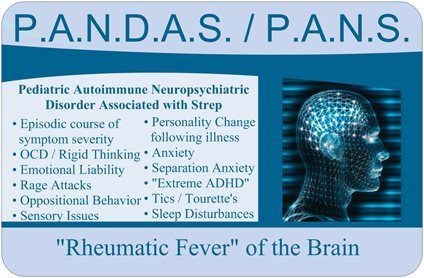 You need to stop now.

I hate that you’ve caused a few family members to decide that their friendship is contingent on my silence.

I hate that you caused a friend who had written a note thanking me for being one of the “kindest, most sincere people she knows” to drop our friendship within a year when B got sick because I felt the need to advocate for him.

I hate you for creating the view society has of me. I hate you for looking like other disorders so that it is hard for children to get treated. I hate the time I spent worrying, being angry, feeling bitter, feeling anxious, fearing the future . . . because of you.

PANDAS/PANS, I loathe you. I do.

However, unfortunately for you, you did not destroy me, my child, or our family.

Because of you, PANDAS/PANS, I’ve learned the importance of forgiveness. I’ve learned that it is necessary that I practice it every day. It’s hard . . . HARD, but necessary.

I’ve learned that I have to be an advocate. No more people pleasing. I am a wimp by nature. You taught me that I need to be courageous. I found a voice I didn’t know I could possess. You taught me to stand up for our family, for other families, and for my child.

Honeybee and her husband of twelve years have two children.  Now that her son is nearly recovered from PANDAS/PANS, Honeybee’s passion is walking other parents through the diagnosis, so their children will have the same opportunity to heal that her son had.

27 Responses to Dear PANDAS, You Lose