The rates of chronic disabilities and illness are skyrocketing with each passing day: asthma, nutritional deficiencies, immune system dysfunction, ADHD, autism, speech and language delays, anaphylactic allergies. Media would have you believe that these are simply the new normal and therefore not alarming. There is even a faction of deniers who chalk these diagnoses up to parental Munchausen by Proxy.

Amongst my like-minded friends and family, though, a sentiment is often shared: “What are we doing to our children?” A new documentary from Autism Media Channel demonstrates just what is being done to younger and future generations, and the catastrophic consequences of treating these conditions as either psychosomatic or figments of our imagination.

Who Killed Alex Spourdalakis, directed by Dr. Andrew Wakefield, takes us through the medical history and final months of a severely autistic teenage boy from Chicago. Alex’s early childhood development and the onset of autism mirrors what is experienced by scores of previously healthy toddlers who regress after a series of vaccines. The retelling of his descent into a world of self-injury, repeated illnesses, and bowel disturbances will be all too familiar, and painfully so, for many families. On a self-guided quest to help him recover, Alex’s mother and godmother discovered underlying medical issues, such as food allergies, that they were able to alleviate with interventions. 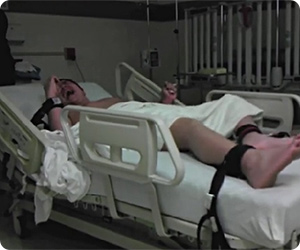 But, as he grew older, he experienced a return to severe behaviors which repeatedly landed him in hospitals. What unfolded at age 13 serves to reveal the ignorance and negligence of which the medical community is capable, and to what lengths they will go to avoid acknowledging the medical nature of autism. Rather than listening to his loved ones, doctors tie Alex to his hospital bed and begin to administer a revolving door of medications with dangerous side effects. He is subjected to a wide variety of pharmaceuticals, none of which are intended for his conditions.

Alex’s inflammatory bowel disease – the source of his physical pain which manifested itself as violent outbursts and self-injury – is left ignored and untreated. He is shuttled from hospital to hospital, practitioner to practitioner, and ultimately discharged without a treatment plan and in the absence of supports for his family members, who carried the enormous weight of his care. Days later, Alex is found dead from a knife wound to the chest. His two caregivers, always by his side, are discovered alongside Alex’s lifeless body.

The details of Alex’s final months of life are indeed tragic, but unfortunately not unique. Parents of children with severe autism and related disorders often experience desperation, isolation, mental fatigue, and depression so agonizing that they are unable to see their way out. Although this story happens amidst the backdrop of autism, you could potentially insert one of dozens of childhood disorders in its place. Autism is merely a microcosm of this country’s childhood epidemics. 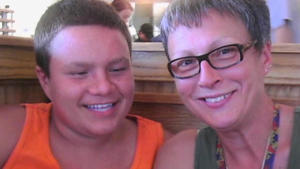 Thanks to the very foundation upon which modern pediatric care was built – universal vaccination – we are experiencing widespread increases in once-rare neurological diseases and impairments. And although these conditions are now considered common, they are often still treated under an antiquated model of care which dictates that they are merely psychological or psychiatric in nature. The effects of this approach are often disastrous. From boys on Risperdal growing breasts and toddlers with bowel disease that, left untreated, causes failure to thrive to elementary school girls with a history of antidepressant use attempting suicide, the mainstream medical complex is effectively destroying the lives it claims to protect.

Though viewers will walk away understandably saddened and angry, it is well worth the tears and clenched fists. Alex’s life and untimely death are a wake-up call to parents and healthcare professionals everywhere. If you’re wondering what we are doing to our children, it is now very clear. We are harming them, and we are killing some. Unless we learn from these mistakes, we are destined to repeat them over and over in future generations, except the impact will be more pervasive and damaging. We hold in our hands the opportunity to honor Alex and not allow his death to be in vain, simply by deciding that this cycle must end NOW.

Autism Media Channel’s world premiere of Who Killed Alex Spourdalakis will take place on Thursday, October 16 at 7:30 p.m. at the Northpark AMC in Dallas, TX. Reserve your tickets now as seating is limited, and tickets will not be available on the day of the event. If you are interested in attending or hosting a screening of Who Killed Alex Spourdalakis, please visit www.tugg.com for dates and details on how to become a promoter.