The Medical Marijuana eConference will broadcast LIVE Thursday January 22nd, from 11am – 5pm EST and will be available by recording for a full calendar year until 1/22/16. The eConference registration fee is $40.

Medical Marijuana is proving to be a promising avenue for treatment for children with autism. As a newer intervention, parents understandably have lots of questions about safety, implementation, and access and want to understand what providers and parents are seeing in children using Medical Marijuana.

HempMeds is partnering with The Thinking Moms’ Revolution as our Platinum sponsor to bring you this exciting eConference featuring seven speakers who will cover the history of Medical Marijuana, the research and medical provider’s viewpoint, a parent’s experience and what you need to know about obtaining the best product for your child in the state you reside in. 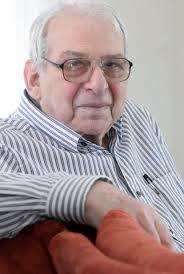 Dr. Lester Grinspoon – Whither Cannabinopathic Medicine. Dr. Grinspoon is Associate Professor Emeritus of Psychiatry at Harvard Medical School and one of the most respected and outspoken proponents of Cannabis. He was a senior psychiatrist at theMassachusetts Mental Health Center in Boston for 40 years. He is a fellow of the American Association for the Advancement of Science and the Amercan Psychiatric Association. He was a founding editor of the American Psychiatric Association Annual Review and the Harvard Mental Health Letter. In 1967 Dr.Grinspoon began research to scientifically define the dangers of Marijuana, but his studies led him to the surprising opposite hypothesis; cannabis was not the dangerous drug that he, and the general public had been led to believe. His book Marihuana (Marijuana) Reconsidered reflected this reversal of opinion. He has authored over 140 articles in scientific journals and twelve books altogether, including, Marihuana: The Forbidden Medicine . He is a frequent lecturer on drug policy issues and has appeared as an expert witness before Congress. 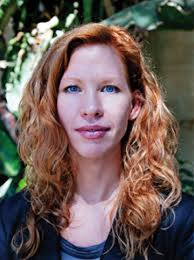 Dale Sky Jones – The Science of Cannabis. Dale is the Executive Chancellor of Oaksterdam University, an internationally recognized Cannabis College in Oakland, Ca. She is the Chairwoman of the Board for the Coalition for Cannabis Policy Reform stemming from her experience as the spokeswoman andlegislative liaison for the Prop 19 Campaign in CA. Dale is on the boards of directors for Californians to Regulate Medical Marijuana (CRMH), participates with C2O, a national council of marijuana policy reform leaders and helped to establish a medical cannabis safety council in 2008 with cannabis industry stakeholders. She has been interviewed extensively in the national media and Marie Claire named her one of the most influential women in the industry. Dale’s focus is on enhancing the debate for cannabis policy reform throughout the country. She emphasizes safety through self-regulation, working to improve the sense of confidence in the medical cannabis continuum from plant to patient. 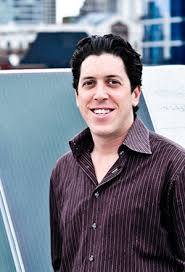 Dr. Rob Streisfeld – Speaking on behalf of HempMeds, Dr. Rob Streisfeld, ‘Doc Rob’ is a Naturopathic physician, a certified health food chef, a consumer advocate and the author of A Healthier Ever After. He has over ten years experience in the Natural Products/Food Industry. As a concierge for better living he takes a light hearted approach to the serious topic of nutrition and smart lifestyle choices emphasizing making small changes, identifying underlying imbalances and making educated choices. Doc Rob says “Being responsible for your family’s health doesn’t need to be a drag.” He believes that happy living is about healthy choices but he’s not going to lecture you. 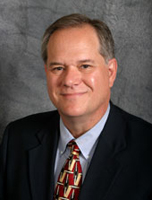 Jeffrey Bradstreet, MD, MD(H), FAAFP – Understanding the Endocannabinoid System in Autism and it’s Implications for Therapeutics. Dr. Bradstreet is an autism physician and researcher who practices at Bradstreet Wellness Center in Buford, GA where his focus is treating children with autism and other related neurological and developmental disorders. Dr. Bradstreet is a graduate of the Wilford Hall USAF College of Medicine where his post-graduate research focused on aerospacemedicine. As a flight surgeon, he was involved in research and has extensive experience and training in environmental medicine and toxicology. Dr. Bradstreet is widely published in autism biomedical interventions and internationally recognized as a lecturer and researcher in autism. Dr. Bradstreet spoke at the Autism One Conference in Chicago on the Endocannabinoid System and implications for treatment of autism.

Felicia Carbajal – Finding the Medicine That Can Heal Your Child. Felicia Carbajal is a private cannabis consultant in California who is passionately working to change the stigma surrounding this amazingly powerful plant. A California native, Felicia learned early on that to create change you must be the change you wish to see.  Her community organizing experience began with work on recidivism in California’s broken justice system, but in 2008 she found herself up against the biggest hallenge of her life – Prop 8. She was thrust into activism because as she puts it, “Nobody is gonna fight for you like you”.  After years of tireless work in the marriage equality movement, her “gold star day”came when the US Supreme Court overturned DOMA in 2013 and her 5-year marriageto her wife Liz was finally recognized by the Federal government.  She eagerly awaits the day when she can celebrate a similar victory for medical cannabis access in all 50 states. Felicia has been a Deputy Field Organizer for the Courage Campaign, Camp Courage facilitator, and was honored as one of TheAdvocate Magazine’s 40 under 40 in 2013. Changing hearts and minds is her passion.

A long time medical cannabis patient herself, Felicia is a patient advocate, cannabis educator, activist, community organizer and self-proclaimed rabble rouser. Having held such positions as Patient Access Director, Collective Operations Manager, Patient Liaison and CommunityEngagement Coordinator, she recognizes the need for more accountability for the medicine, with patient and public education being the key. She has worked with countless California patients, caregivers, medicine manufacturers, dispensaries and cannabis industry investors to find the best methods to ensure patients get accurate information, quality medicine, an experience they can share with friends, and that compassion remains in California’s Compassionate Use Act. 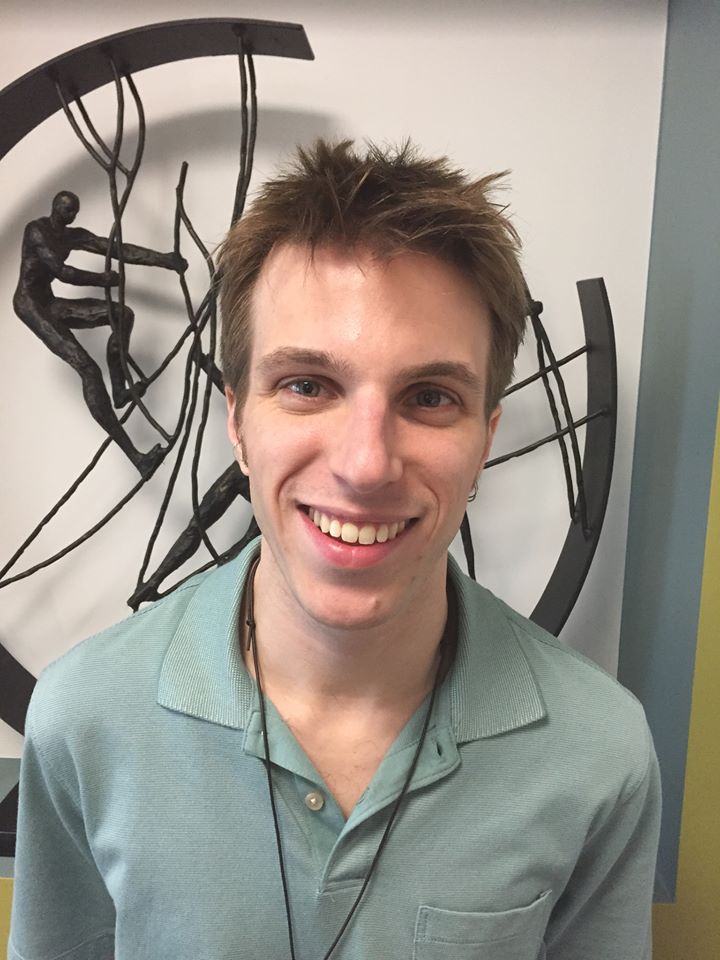 Andrew  Kuebbing  – Finding the Medicine That Can Heal Your Child, co-presented with Felicia Carbajal. Andrew is a lifelong progressive and long time community organizer.  He graduated from the University of Maryland with a degree in history and a focus in political science, and has applied that perspective to the culture surrounding cannabis.  He has worked in the cannabis industry as a consultant, quality and production control manager, caregiver, patient access director, collective operations manager, and community organizer.  He believes in access to self-directed health care and has fought for his own health through the biomedical arena.  He is a medical cannabis patient in the state of California. 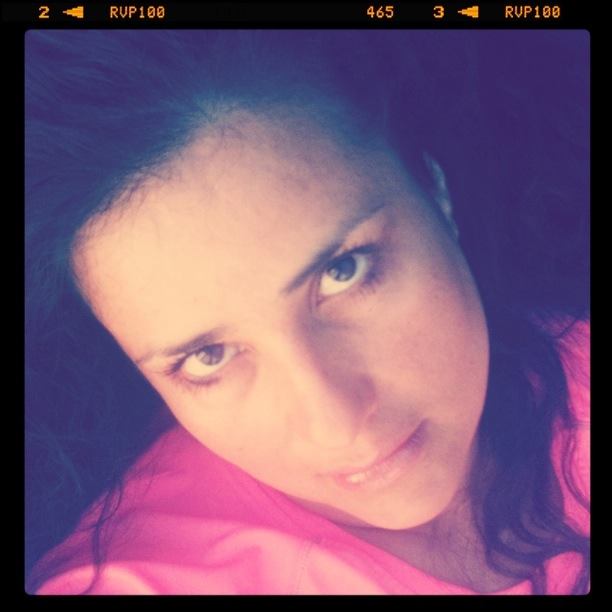 Gabby DeVelbiss  – CBD, One Mother’s Experience. Gabby is a stay at home mother of two wonderful boys, with a background in holistic medicine, acupuncture and other natural therapies living in CA. She describes her family as “vaccine injured”, she is a cancer survivor and both of her children have a diagnoses of autism, which she believes to be vaccine induced. After trying all kinds of therapies with her children and only seeing small gains, she stumbled on an article that changed her life and her thoughts on cannabis. After doing extensive research on the subject, she decided to try this intervention for herself and her boys and their lives have improved in quality by leaps and bounds.  She has become passionate about sharing information about this miraculous plant and it is very important to her that parents out there know what she knows now. She has blogged about her experience, and has been interviewed about her son’s epilepsy and treatment with cannabis, Autism/ CBD Oil Success Stories.

Thalia Michelle – Reforming Cannabis Laws: Autism Is Medical. Thalia is first and foremost an autism mom seeking to support her son’s health and wellness.  In March 2014, she became co-founder and Executive Director of MAMMA (Mothers Advocating Medical Marijuana for Autism).  MAMMA’s mission revolves around educating autism and special needs families about the healing power of therapeutic cannabis as it applies to people of all disabilities and working for legislative change on both state and federal levels. As such, Thalia spends much of her time visiting legislators and networking with other medical cannabis advocacy groups.  Thalia’s research on the endocannabinoid system has led her to believe medicinal cannabis can help most neurological impairments and cognitive disorders. Thalia is also a co-author of Autism Beyond The Spectrum and co-founder of The Thinking Moms Revolution and hosts media interviews for the Autism One conference.

HempMeds® drives innovation through their team of hemp industry pioneers and natural product experts. Drawing on their talents, they are proud to offer only the highest quality consumer products featuring premium cannabidiol (CBD) hemp oil. HempMeds® became the Trusted CBD Source™ because their quality standards lead the industry. They believe that science is the biggest ally, and thus their goal is to constantly improve and innovate.This is why they devote considerable resources to cannabinoid research, professional education and product development. Their commitment to science is embodied in their exhaustive testing requirements that start with their proprietary hemp seeds and extend to every single product they bring to market.

How The eConference Works

You may purchase this eConference prior to January 22nd, 2015 or any time after, for one year to watch from your computer. You can watch the conference LIVE as it is recorded on January 22nd, or you can watch it at your leisure and in one sitting, or more likely in smaller increments as you have time. We will keepthis eConference available to you for a full year. After you complete the registration form, our webinar service GoToTraining will email you a UniquePassword which will allow you to log in to the eConference on January 22nd and anytime after for one calendar year, from the device you purchased the webinar on. It is not advised that you use a smartphone to view webinars. However, iPads, laptops and hard drive computers will work well. Your password cannot be used on a device other than the one you purchased the eConference from.

If you are experiencing technical difficulties registering online, please let us know by filling in the form and leaving us a comment. Alternatively, we can also register you manually by filling in your address and Paypal details here.

The Thinking Moms’ Revolution is presenting this eConference for informational purposes only. It is your responsibility to know and comply with your state regulations. Always remember to connect with your child’s physician before implementing any treatment protocol. 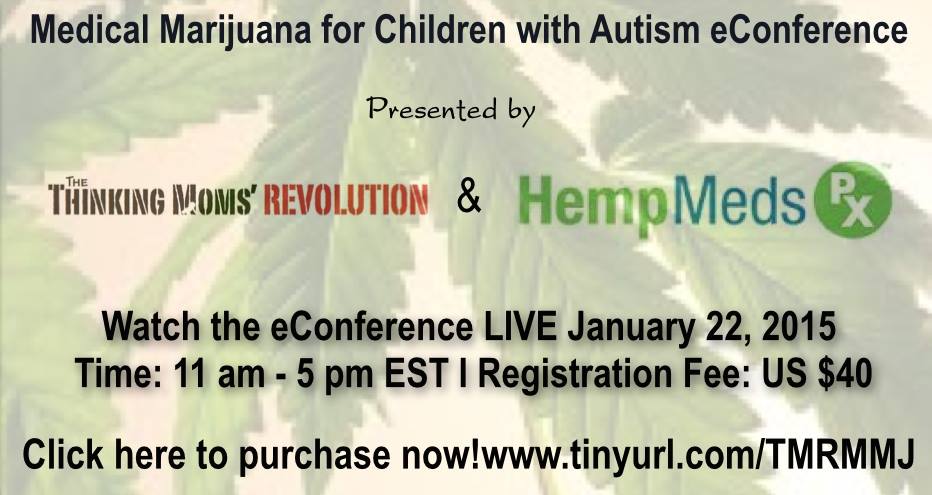 6 Responses to Medical Marijuana for Children with Autism eConference 2015