As a mother to a child with autism, my friends and I spend much of our time discussing diet and toxins in our environment. We also spend a good amount of time discussing our own health concerns. But, what about our husbands, the dads? Its not very often we hear from them. Are the dads just like us? Do the dads talk food allergies? Do men discuss their health and diets with their guy friends when we are not around? And if this is true, is this the new norm?

For Father’s Day this year, my present to my wonderful and supportive husband was a break from everything autism. He decided to take this opportunity to spend some rugged time outdoors with his friend. My husband is a guy’s guy. Masculine. Tough. His dream growing up was to be a forest ranger. He climbs mountains for fun, snowboards, surfs, fishes and golfs. When we first started dating, he rode his road bike from Portland, Oregon to Laguna Beach by himself. He is a risk taker and enjoys adventure. His baseball glove was his most prized possession as a boy, and he tapes NASCAR races. While I often find myself Googling on the internet late into the night researching new ways to heal our son, he watches and studies these races. He is 100 percent boy, and, since I am all girl, we decided long ago that it is okay to have some different interests. We even discussed me retiring my mountain bike after a tree got in my way while taking a ride together, breaking my delicate nose. 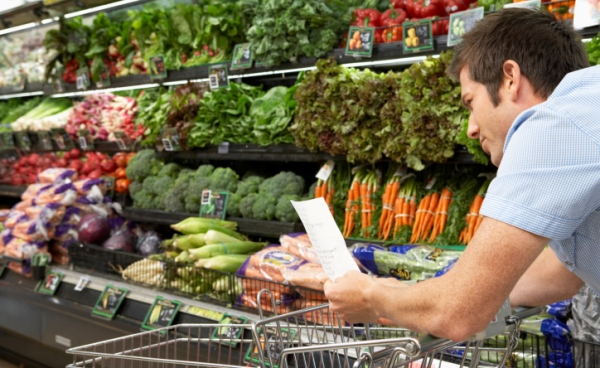 My husband is also one of those men who is not only a natural athlete, he is also an expert at most things in general. Economics, physics, art, geology, etc., etc. And although he reads physics and biology books for fun, he has no desire to read about what is making our children sick in his spare time. And why should he? That is my job. He lives with the reality of autism every day. He is my partner, and, although we rarely talk about it, what he does do is read labels while shopping at the market, prepare special allergy-free meals, help with supplements and administer MB12 shots. He is extra careful with environmental toxins, ensures everything going into or touching our son is non-GMO and organic and pays close attention to all instructions regarding treatments. He graciously takes his orders from me, mom, and is okay with this most of the time. He’s just not much of a talker when it comes to what we are doing to heal our son. He is, however, a doer and everything gets done.

And so this weekend my husband took a much deserved break from our normal and exhausting routine to go mountain biking with his friend John. He called me as they were heading back to let me know they were driving to a local bar for a drink on the way home. Just two guys grabbing a cold beer after a long bike ride. Or at least that 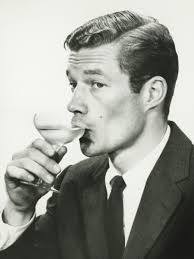 is how it started out. My husband arrived home later that evening and I could tell that he had a good time, and began to tell me his evening. He painted a picture that was different than what I expected. My husband and John drove to the bar and, after spending the afternoon together, my husband began to open up and talk to John about our son’s diet, treatments we’ve done with him and his progress. John then told him that he too was on a paleo diet which allowed him to manage his asthma without medication. John said he usually sticks with wine because beer has gluten in it. I think my husband was secretly thankful that the last four years have prepared him for this moment. Of course, I am speculating. As these two guys begin to look at the menu, John exclaims, “Ooh, organic margaritas!” And just like that, my husband, who rolls his eyes at me every time I suggest he take gluten out of his diet, is cool with discussing health issues and paleo diets over wine and margaritas. To top it all off he tells me, “I really like John. He’s a guy’s guy.”

Men hanging out and bonding over topics that I thought were exclusive to me and my girlfriends was still foreign to me. I wasn’t 100 percent convinced that men were beginning to identify with changes in their diet and environment relating to better health. So I decided to ask other thinking moms if they could share some stories about their husbands. This is what they had to say:

Probiotics:
“My husband asked me for extra-strength probiotics the other day — “You know, the 100bn CFU ones.”

Enzymes:
“My husband is freakishly healthy and thin.  He even takes enzymes on his own.”

Adult Acne:
“My husband stopped having any dairy on the advice of a medical intuitive, and his adult acne, which was so bad shaving was miserable, was completely gone in three days and he had no more GI distress. He hasn’t had any dairy in 10 years, never looked back.”

Eczema:
“My husband’s hands were awful! His palms and fingers were cracked, peeling, bleeding and itchy. He (and his mother) have had “eczema” their entire lives. One steroid cream to the next, nothing would help. Removing wheat and dairy have completely controlled that for him. This was so bad that professionally he was reluctant to shake people’s hands. It was bad. This went on for years upon years until he changed his diet and started taking some supplements.”

Headaches:
“When I met him he was a six–pack-of-Diet-Coke-a-day guy. We weaned him down to one a day, and then, a few years back, he got one of those aspartame headaches and bam — end of that. He wouldn’t touch it.”

Phenol Issues:
“My husband used to get really red ears often, which is a sign of phenol issues. He now takes No Phenol enzymes and the red ears are no longer. Our whole family eats no wheat, dairy, or soy. Dairy used to cause instant bloating and upset stomach in my husband.”

Cholesterol:
“My husband is the reason we moved forward with GFCFSF diet. He is the compliance officer of our house. As for health, he had a high cholesterol scare a couple of years ago, and, although he started with a statin drug, after he did some research, he now uses “alternative” methods.”

Diabetes and High Blood Pressure:
“My husband has had diabetes and high blood pressure. He’s working hard on his diet and exercising. He takes long walks. He had to go to the VA for a check-up and is now seeing our chiropractor and trying alternative, healthier methods to get his health in check. He’s providing a spreadsheet of his blood pressure, using our Nutri Bullet a lot and trying to go with a Mediterranean diet. It’s his 60th today so he’s got to stay healthy for these boys while we keep working toward recovery.”

GERD:
“My husband got GERD which coincided with being called up stateside after 911. Many years on proton pump inhibitors. Recently stopped on his own. At some point, around 2010, he started taking a glutathione accelerator with my influence, and this has helped his prostate. Still buys milk (organic), eats GMO cereal, uses flouride toothpaste, and his deodorant is not clean. Refuses to drink Kangen water and drinks filtered water from the fridge. Also still cooks with nonstick pans. I need to just throw them out. I think some people are resistant to a lot of change.”

Supplements:
“My hubby is fantastic about taking supplements too. He calls them “Ginger’s cup of stuff . . .”

Pain Management:
“Josh was on about eight different meds from the VA causing debilitating side effects . . . mostly for pain management. The chiropractor got him off meds and saved his life and our marriage.”

Aches and pains:
“It took my husband a long time to let me “experiment” on him . . . He now lets me put peppermint oil on his aches and pains and soaks his hands in epsom salts when they flare up (because he sneaks food).”

Energy Drinks:
“Hubby was addicted to Monster Energy Drinks. I took him to an integrative doctor and he is now for the most part GFDF — no soda, no energy drinks. Within two months he’s gained 10 lbs, sleeps better and has more energy.”

Captain Crunch with Crunch Berries:
“My husband grew up in a house where processed and sweets were the only food groups. He was also a wrestler, so starved himself to ‘make weight.’ His digestive system is messed up. I got him to go gluten free for three months, but then he fell off the wagon. He works out a lot and is very active in taking care of his body that way, but is addicted to sugar big time. I’ve been working on him forever. It’s definitely baby steps with him. At least I got him to stop buying sugary cereals for himself — I straight up told him no self-respecting man eats Captain Crunch With Crunch Berries for breakfast. Ugh.”

Food labels:
“The hubs here does the shopping and cooks all meals, if not for him being on board, we would never have gotten to this point. He can tell brands and labels as well as most moms.”

Aluminum and Flouride:
“He is also absolutely strict about no aluminum in deodorant and no fluoride in toothpaste.”

Fertilization:
“When I was away at a conference, my 13-year-old daughter texted me ‘Dada won’t let us run on the grass barefoot at the park, says you would worry about pesticides, wah wah wah.’  He’s actually gotten to be more hardcore than me.”

“My husband has now stopped fertilizing our lawn due to my request . . . You have no idea how huge of a step this is for him! He is a bit obsessed with our lawn!”

Organic Sheets:
“I will never forget when I bought a new comforter for our bed and my husband asked me, ‘Is this organic cotton?’” 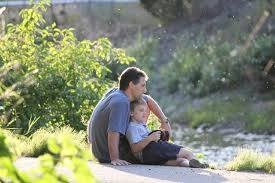 The conclusion I came to is that men can and do care about how their environment and foods are affecting their health. Men are beginning to share their experiences with each other too. Is this the new norm or have these big masculine studs always cared about their health? Is it a fad? Possibly, but does it matter? The discussion is happening now, which means there is more awareness and acceptance around the topic.

If you are unable to view the video, please click here. Alternatively, copy and paste the URL on your browser https://www.youtube.com/watch?v=2InFr1qqlU4

The good news: Change is happening, one dad at a time.

Happy Father’s Day to all of the Courageous Dads who work effortlessly behind the scenes to help heal our children!

About the author – Rocky grew up in a large Italian family and still enjoys homemade gnocchi’s (organic & gluten free), wine and good conversation.  Today, her passion is healing her five-year-old son who is diagnosed with autism.  She believes anything is possible and is known to jump in the ring when the cause is important to her.  She has presented at Autism One with leading physicians and parents, and her family is featured in the trailer for the Canary Kids Film Project.  She is the co-author of Evolution Of A Revolution: From Hope To Healing and is a member of TEAM TMR, a not-for-profit organisation created by the  founders of The Thinking Moms’ Revolution.