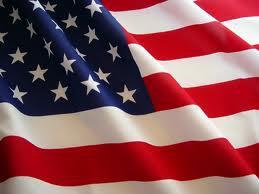 Independence. It’s a loaded word in the autism community. The word “autism” was coined because the first “from birth” cases that Leo Kanner encountered in the ’40s appeared to be so self-contained that they had little to no knowledge of, or interaction with, others. A sort of “independence gone wild,” if you will.  (We now know from people who have recovered from severe autism that, frequently, those beings who seem to be so very unconcerned with anything outside a very narrow range of focus are really quite aware of everything that is going on around them.)

But I think if you say the word “independence” to an autism parent and ask for his or her first association, you will find a constant nagging question: Will my child ever be able to live an independent life? Until recently, the average parent used to be able to assume that the average child would grow up, become an adult, move out, get a job, and establish a life — maybe even a family — of his or her own.

That life requires myriad skills that most of us took pretty much for granted when we were growing up, skills we may not even know we possess. Sure, most of us knew one or two people for whom it was less likely to work that way — people with Down syndrome, or severe cerebral palsy perhaps — but, for the most part, eventual independence was assumed. And while we have made progress in some areas (the Americans with Disabilities Act has helped to make it much more likely that people with severe disabilities will be able to live independent, or at least more independent, lives), in other ways it has become much less likely that any individual child will grow up to have the kind of life we envision for them.

In the United States today, nearly 50% of all children are living with chronic illness. Approximately 1 in 88 12-year-olds have an autism diagnosis (editor’s note: This blog originally ran in 2012; the current prevalence number for 12-year-olds is 1 in 68, a nearly 30% rise in two years), 1 in 29 boys in New Jersey. Think of that. More than three percent of the 12-year-old boys in New Jersey are on the autism spectrum!

Another nine percent of children ages 3-17 have ADHD. My daughter has ADHD, and I’ve looked up the stats on what growing up with ADHD is like: thirty-five percent drop out of high school; 30% fail at least one year of school; teens with ADHD have four times as many car wrecks;  and depression is a major problem in teens with ADHD. Needless to say, those statistics are more than a little frightening for a loving parent. 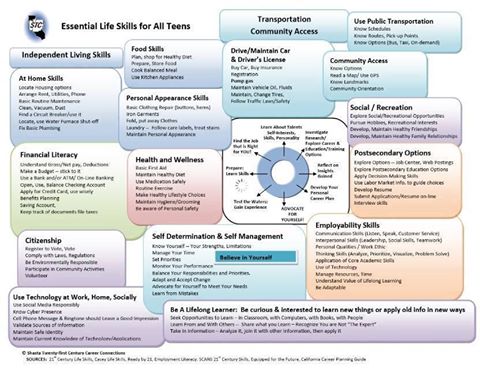 Some would say that the very best thing we can hope for, and achieve, would be universal “acceptance” of our kids’ diversity. We want our children to be accepted and celebrated as the wonderful beings they are — “quirky” wiring and all. But . . . the ultimate goal of a parent should be to prepare your children so well for life that they can live life well without your help (note: this does not mean that they should or will live life without your help, only that they are able to do so), because, when it comes down to it, nobody gets out alive.

We’re all going to die, some of us sooner than others. (If there’s any truth to the older mother/older father correlations, then a higher percentage of parents of children with autism will be in the “sooner” category.)  As a parent, you’ve got to be always thinking of ways to increase the odds that your child is going to be able to get by without you. That could mean advocating for greater resources for disabled adults or establishing a special-needs trust. Or it could mean intense biomedical treatments to increase a child’s ability to function in the world. Or it could mean intense training to help your child adapt to his or her disabilities. All are loving ways to do the job of a parent and care for your child. 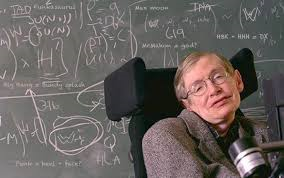 We all know of a number of wonderful people who have adapted so well to their disabilities that they have amazing lives, Christopher Reeve, Stephen Hawking, Temple Grandin, and Ari Ne’eman among them. Certainly, they have achieved everything their parents could have wanted for them. But what if your child is not among the lucky few to be able to adapt that well?

I’m afraid sometimes that my brilliant and beautiful daughter with ADHD is not going to be one of the ones that can do it. We’re at a point where, if she is to succeed, I’m probably going to have to get accommodations made for her. But I’ll be honest with you . . . What I’d really like to see? A complete “cure.” In her case, that would probably require some pretty intense biomed.

Don’t get me wrong.  I don’t need these things to “accept” my daughter — I want them for her. I love my daughter exactly as she is, but, because I love her so much, I want to help her live the interesting and exciting adult life she dreams of. As an adult, I know how difficult it can be to achieve that. She’s a long way from having the skills she will need to thrive.

Consider the child with severe autism, whose chances of living an independent life are so much smaller than my daughter’s. How much more would his or her parent like to see the illness go away? (And, yes, we at TMR believe that autism is a complex medical illness that results from toxic exposures, because we have all seen the way children improve when those exposures are minimized.) All the gastrointestinal problems, all the mitochondria problems, all the social issues, all the speech issues, all the food allergies, all the teasing, all the possibilities for abuse, how wonderful would it be to have all that melt away and only have the child left shining through — free to be everything the child wishes to be?

And yet there are those who would fault a parent for wanting that for their child. Some say that their children with autism would not be “the same” without autism, and they like them exactly the way they are. But no one who grows up — no one who develops — stays “the same.” To me, that’s comparable to saying, “I don’t want my child to ever grow up because his bottle is such a big part of his life that he wouldn’t be him without it.” 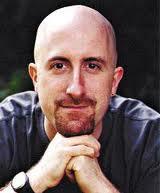 While at the AutismOne Conference, I got the chance to do something I’ve wanted to do since 1975. I met Raun Kaufman. For those of you who don’t know, Raun is the son of Barry Neil and Samahria Lyte Kaufman, and is the subject of the book Son-Rise. I was 14 years old in 1975, when unlike today autism was not a household word. Yet I had read every book I could find on the subject (yes, that includes Bruno Bettelheim *shudder*).  Nothing I had read previously had prepared me for Son-Rise.

Bears and Suzi (as Samahria was known then) had done the impossible: They had taken a child that the “experts” had told them had an IQ of 30, and would never be capable of the most basic self-care, to the point where he was at age-level or better in almost all areas. 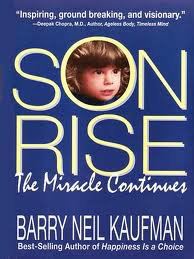 It took two and a half years of intensive work in a program that Samahria designed based on her observations of Raun. Their work was rooted in two things: radical acceptance of Raun exactly the way he was, and radical non-acceptance of the pronouncements of the “experts.”

As a presenter for the Son-Rise program  at AutismOne, Raun described the program’s beginnings. He talked about how his parents had a child that was diagnosed with autism and were given a huge laundry list of basic skills that their child “would never be able to do.” Then he said, “As some of you already know, that child was me.”

There was an audible gasp of “Oh!” from the audience, for it was clear to everyone in the room that at least one case of autism had been “cured.” The man in the front of the room, giving a humorous and dynamic presentation, bore not a trace of autism.

Of course, not everyone is going to be able to achieve total cure. That’s a fact and we all know it, but does that mean that no one should try? Not everyone achieves total cure of cancer, either, but does that mean that we should give up on the approximately 290,000 women who will be diagnosed with breast cancer this year? My son’s pre-K teacher had breast cancer last year; his kindergarten teacher has it now. My only sister had breast cancer approximately sixteen years and is alive today to tell the story. I, for one, am extremely glad that cures are attempted, even if my own approach might be somewhat different from the conventional ones.

In my opinion, it all comes down to this, the prayer that’s helped me through a hell of a lot:

God grant me the serenity to accept the things I cannot change,
The courage to change the things that I can,
And the wisdom to know the difference.

It may not be easy (oh, hell, it might be incredibly difficult!), but I find, when you focus on love, the serenity, courage, and wisdom are all things that can be found within.

Guided by our love for our children, we will do what we can to help them declare their independence!

For more blogs by the Professor, please click here.