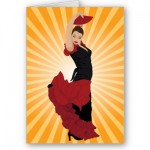 I had an appointment for myself last week. It was supposed to be cancelled and actually was at 5pm Thursday.  But the office manager said for me to come in on Friday morning anyway; they’d squeeze me in.

The appointment was going to be a quick one, not like the hours-long appointments my son is subjected to. When I checked in a young mother walked in behind me.  We both ended up in the children’s area and smiled when our little ones wanted to play together.  We exchanged pleasantries, complimented each other’s children and then had to make our separate ways. I was called back to the exam room.  I didn’t expect to be called back right away because I could tell there was something special about this young Mom. She just seemed like a nice person.  It was almost as if being alive was gift enough to her, and also reason enough to be kind, considerate and full of happiness.  She was refreshing.  As mother to a child with complicated special needs, I needed that breath of fresh air. 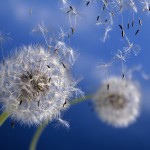 Back in my own exam room I entertained my daughter while waiting for the doctor.  My appointment was indeed quick and over before I knew it.  I gathered our things and walked to the check out window.  I noticed the young Mom from the waiting room was also there.  I was thrilled!  Not being too overly extroverted I felt like I just had to say something to her. I felt a Thinking Mom magnetic attraction and just felt like I had to talk to her.

Both of our daughters had brought ‘lovies’ into the office and were holding them. Perfect, I thought! I had just read an article Dirty Kids Are Healthy Kids – The Hygiene Hypothesis about girls not getting enough outside ‘get dirty’ time and were not building some natural immunity many of us parents did when we were kids.  I looked at the girls’ lovies. My daughter’s so dingy from being well loved (and dropped on the floor at least 1,000 times a week) and looked at her daughter’s which now lay on the floor next to their stroller.

“I love her pink blankie,” I started.  We both smiled and I continued, “I just read an article about how some parents won’t let their girls play in the dirt anymore.  Look at this,” and showed the  Mom my daughter’s pale pink, almost gray, but used to be bright pink lovie. “See, it’s so dingy, and she holds this part of it so much it’s actually black now.”  I finished my conversation starter saying I thought I’d read the article on the Natural News website.  She said, “Oh, I’ve heard of them.”

Yes! My instincts were right: she IS a Thinking Mom!

Having only a few moments in the check-out line we shared some small talk about kids, their health needs, and wouldn’t you know it, vaccines. I don’t usually share that my son was vaccine damaged to just any stranger, but I felt I could with this young Thinking Mom.  We moved to the waiting room because a line formed behind us in the check out area. She was curious how I discovered that, which vaccines lead to it and what does a Mom do now that they know about it.  I had really hoped to be in and out of the doctor’s office that morning but now had a great reason to stick around. 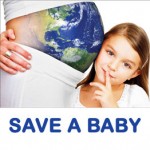 Out poured our story, my son’s vaccine reaction and how now years later, we work so hard to to provide for his needs.  How because of his reaction we had to really weigh if my other children would also be susceptible to adverse effects.  But still believing in ‘the system’ at the time, I wasn’t as quick to delay or stop vaccinating altogether.  It was another couple of years later that I finally wised up and stood up to my children’s doctors and said thanks but NO thanks.  She listened. She listened to everything I said.

Next, it was her turn to talk.  She had her two young children withher and is pregnant with another.  She’s been reading about vaccines,and the schedule, how many she’s being told her kids need, that she didn’t like that schedule and didn’t believe her kids needed all those shots.  But when she’d brought up her concerns to her doctors they said the opposite.  I was in awe because I hadn’t done as much as she has already been doing when I was her age or stage of parenting.  My son was well into regression when I kicked into full research mode. This Mom had already started looking things up as a preventative measure–to prevent her children from vaccine damage, from too much too soon, from doctors who aren’t looking completely at the needs of the patients. She and her Thinking husband are actively making informed decisions early on for their little ones. 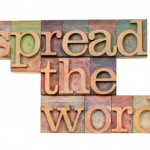 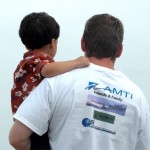 I’m usually really quiet and keep to myself when I’m out and about.  But the day I met this young Thinking Mom my confidence level soared. Some days I feel like just a statistic – Mom to a 1 in 88.  A Mom to someone who might likely need life-long care.  A Mom to 1 in 88 who may never live on his own due to the severe nature of his disabilities.  When I’m out in the real world, away from my online support groups and from my home where I must tend to my child’s every need because he cannot, I get somewhat depressed.  Meeting another Thinking Mom who has a Thinking Dad by her side ready to learn and do as much as they can for their children was more than refreshing.

It was reassuring to know that some of us who’ve walked this long hard walk demanding changes, making our voices heard and putting our stories, our websites and literature out there for others to read has not been in vain.  Our efforts, and more importantly our actions are shaping how typical families can know how to save their children from what some of us could not.

One child at a time.

One family at a time.

We will do this.

This entry was posted in Back To School Special, Blogs by Thinking Moms' Revolution, Get Inspired, Mamacita TMR and tagged 1 in 88, Mamacita, Thinking Mom. Bookmark the permalink.

6 Responses to Not by Chance