We are struggling here with transitions at the moment.

I have always found the transition from summer to autumn has a melancholic edge. I think this is exacerbated by being in education–it always coincides with the end of a long summer holiday and the return to the daily grind.

The transition from winter to spring feels joyful and like a “breaking open”; the transition from spring to summer holds the promise of longer days, stretched out evenings and more liberty than you are used to. The transition to autumn, whilst beautiful, feels like an ending rather than a beginning. 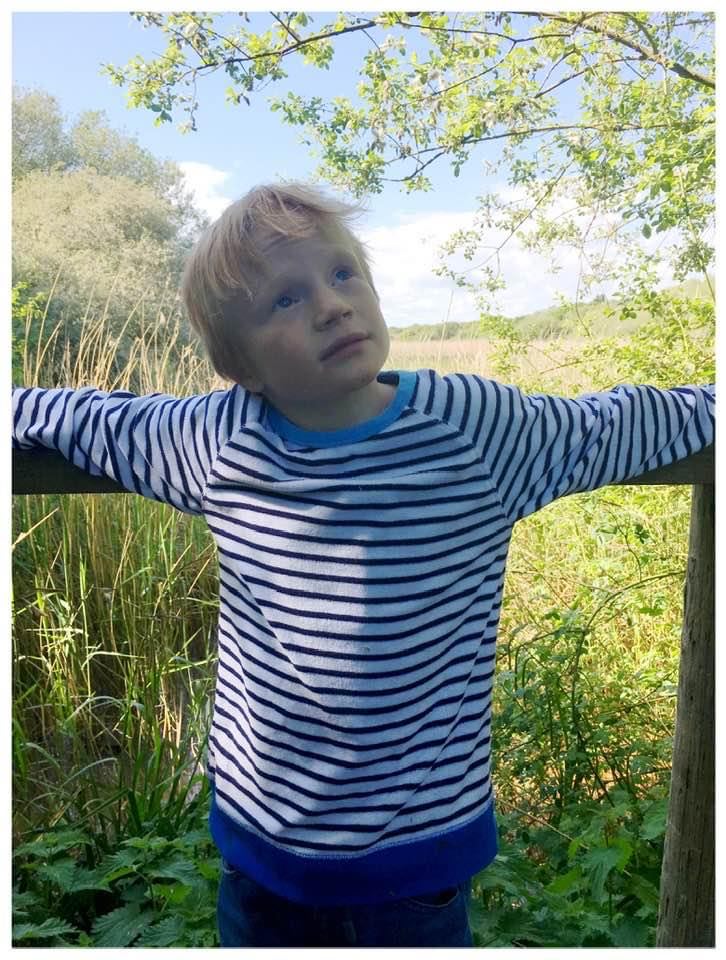 My son Finn is also struggling with transitions. The constant to-and-fro from school to home is proving to be very difficult for him to manage. School is highly structured; he has someone 24/7 to be “his person” and to help and support him. Routines are adhered to and life is predictable.

At home life is fluid. We don’t want to have a schedule on a Saturday; we don’t want a NOW and NEXT picture card to precede and punctuate every moment of our existence.

Finn awoke at the unholy hour of 3 a.m. this morning. And to cut a long story short, he kept most of us awake all night. We took it in turns and did shifts but I don’t think any of us really slept. He was noisy and very dysregulated. He was struggling with his impulse control: putting his hands in the goulash in the oven, climbing, shouting, complete and utter inability to sit still for any length of time.

By the time we got to lunch, it felt like we had been awake for several days. I was trying to get Finn to let his goulash cool down (he kept burning his mouth and lips) when I snapped,

And he replied, clear as a bell,

Cue stunned silence as we all looked at each other around the table like, did you just hear that? Not just one word, but three! In a row! There was his voice! Spoken aloud.

My daughter Elsa said, “Why can’t he just do that all the time?”

I tried to explain to Elsa that inside our brains we have neurological pathways and that, for most of us, those pathways–say between thought and mouth and tongue–are clear and straight, like motorways or the Autobahn. We think something and the message is sent, fast as lightning, and delivered and processed and acted on. I speak, therefore I am.

But in Finn’s case his motorway has several hundred A roads and B roads dissecting the main thoroughfare. There are service stations and roundabouts and crossroads and roadworks and poor signage. The thought is there and the intention, but most of the time it is not delivered, or able to be acted on. And even when it does arrive, and is occasionally acted on appropriately, it is likely to have taken so long to get there that by the time he does his nervous system is likely to be stressed, frayed, and more than slightly frazzled by the crappy journey.

Today was one of the rare moments when that message was sent swift as an arrow straight down that motorway to hit the target. Sweet!

I asked Finn what his take on it was:

The goulash was cold by this point, and we were all in various states of tears.

Strangely it was me that didn’t have any words. 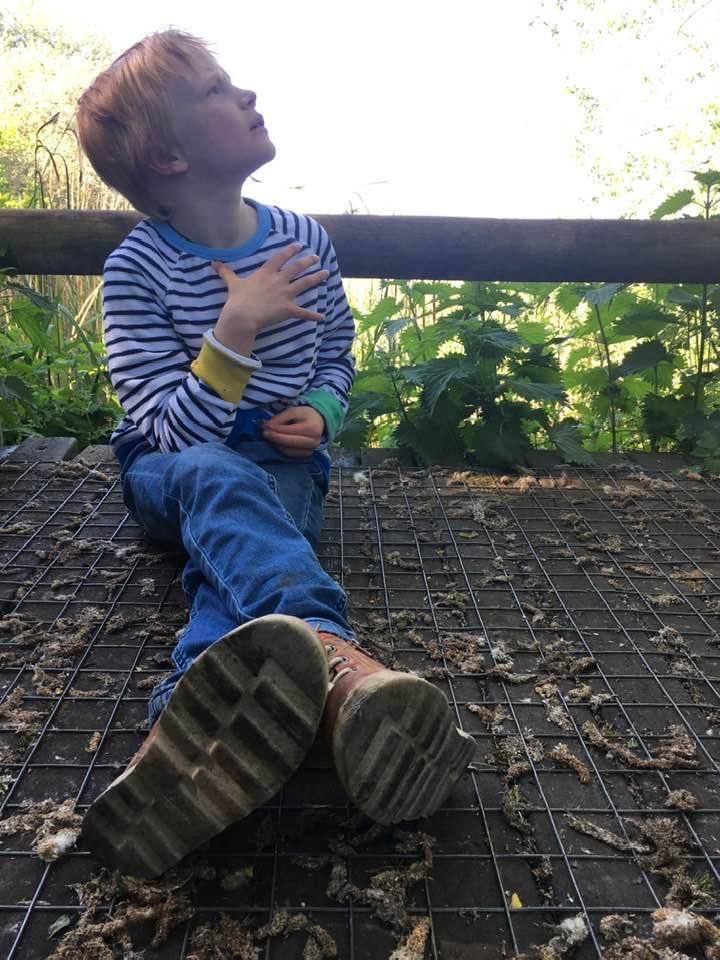 Gav does the drive to take Finn back on a Sunday. Elsa and I have got into the habit of a sunset swim in the sea on a Sunday evening, and this evening I found myself contemplating the shitty Sunday we had had whilst swimming probably for the last time this year.

I lay on my back, the top of my head completely numbed by the cold water, and looked straight up at the blue sky and clouds tinged with pink at the edges, and enjoyed the sensation of being cut adrift from everyone: my children, my husband, everyone. I was the only person out there. Yet, if I lay there, and made no effort to steer myself at all. I found that the current, the tide somehow brought me into the beach, in the direction of my daughter, who was shivering inside her mustard towel, and standing at the edge of the water anxiously looking out at me.

Karren is a teacher in the U.K. and mum to two kids, Finn, 12, and Elsa, 9. Finn was diagnosed with autism aged 3 and autism has pretty much dominated their lives ever since. Finn is nonverbal but has learnt to communicate using a letterboard through a method known as RPM (Rapid Prompting Method). He painstakingly points to each individual letter and spells out his thoughts, feelings, ideas, preferences, hopes and dreams.

This entry was posted in 2019 Guest Authors, Blogs by Thinking Moms' Revolution and tagged Apraxia, autism, transitions. Bookmark the permalink.