A Different Kind of Birth Story 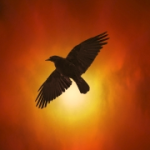 I gave birth to a son on October 18, 2002.  At the time I was 35 years old and completely clueless about the business of baby, the business of pharma, the business of the medical complex and the business of Monsanto.  I was completely unaware I was standing in the center of a vortex that, when combined, would bring immune dysfunction, developmental delays, brain damage, oxidative stress, chronic inflammation and dysbiosis that would later result in a diagnosis called Autism Spectrum Disorder for my child.

We did not experience a sudden regression in skills after a particular event.  My son’s development was on track and then slowly plateaued and then slowly regressed.  He was gaining words, yet functional communication did not develop.  He was obviously smart and had great motor skills when he wanted to use them.  He did not flap, rock or spin as kids with autism often do.

Let’s take a look at what life was like in 2007 when my son, Spencer, was four years old and at the point of diagnosis:

I could go on, but I’m not sure that would not be good for my mental health.  There is a measurement tool called the ATEC (Autism Treatment Evaluation Checklist) that measures the severity of the condition known as autism.  The tool measures four areas:  sociability, communication, health/behavior and sensory/cognitive awareness – the higher the score the more intense the disorder and, correspondingly, the higher the need for supports (and the lower likelihood for independence) for the individual.  The rating goes from 180 to zero.  In 2006 Spencer would have scored in the 130 range.  I didn’t know about the ATEC until 2010, so I had to channel my inner 2006 to get an estimate.

The prognosis wasn’t good – the diagnosing physician told us that he would most likely not ever work, not ever live independently and would need to live in an institution later in life after we were no longer able to care for him.  We were instructed to get any therapy we could, but not to stress about it and to just take him home and love him.  In a nutshell,  there was nothing that we could do to help him – but we could certainly try out some pharmaceuticals to see if that lessened any behaviors.  All this from seeing a child for less than 30 minutes and not conducting any laboratory testing to determine if there was anything physically or biologically out of whack.  There was one piece of information that the doctor provided to us that was useful, and that was a copy of the Parent Ratings for Autism Treatments.  Drugs at this point were not an option for us, and I knew that there had to be SOMETHING we could be doing.  It was from this rating report that we decided to try melatonin.  I remember thinking that if we could just get this kid to sleep, that would be all I would wish for.  Living in chronic crisis means being able to see only the most urgent need and being able to focus only on that one thing.  Planning or hoping for anything beyond that urgent need is not an option.  Sleep was an urgent need.

Melatonin was my gateway supplement to alternative health and this idea of recovering from autism.  Within 20 minutes of getting the melatonin, Spencer fell asleep.  On his own.  On the living room floor watching a DVD.  With all the lights on.  Holy Shit!  From that point on it was Game On – researching, networking, researching, studying, administering, observing, documenting, repeat, repeat, repeat.  Some things worked great.  Some things worked a little, and some things were meh.  But it all provided pieces to the puzzle that have moved my son’s ATEC score down the scale.  And we’re still moving.  In fact, we’re moving faster today than we have ever moved.  Recovery is possible, and it’s not just for the very young.  It takes work and it takes an open heart, because I have had to look at the choices I made in the past and realize that, while they were mainstream and encouraged, they were harmful to my child’s individual biology.  I took it for granted that the mainstream had my child’s best interest in mind.  I did not know about the business of baby, the business of pharma, the business of Monsanto and the business of modern medicine.  I know now, and that is why I share what I share.  I’m good with where I am and the path we are on.  I would like for people to not have to struggle as hard as I did to figure things out. 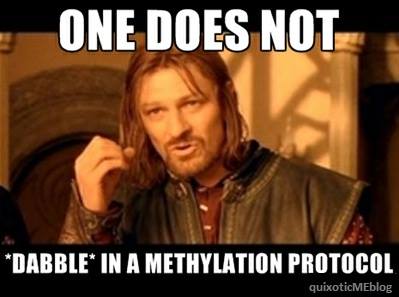 Only through healing layer by layer am I now able to see what went wrong in 2002, 2003, 2004, 2005, 2006 and most of 2007.  My precious baby was not born with autism – it was acquired.  He has a methylation defect that makes it very hard for him to detox things that he is exposed to.  This defect doesn’t make it a given that one will get sick, but once your body is at a certain stress point the switch gets flipped, and it’s all downhill from there.  My own methylation defect is actually considered worse than my son’s, but, because I did not receive the same level of toxic exposure as he did at such a young age, my switch didn’t get flipped.  Too much stress, too much toxicity.  This endless exposure to toxicity is causing an epidemic of chronic illness in our children.  My child’s chronic illness just happens to be manifested as “autism.”  You may also recognize chronic illnesses such as allergies, asthma, diabetes, ADHD, sensory processing disorder, cancers etc.  It is estimated that 50% of the population has this methylation defect, and this effect of stress on health is called epigenetics.  Your genes are influenced by your environment.

All of the following have resulted in a health condition that greatly impacts my son’s life:  My nine dental amalgams, traumatic birth via C-Section, circumcision, commercial baby formulas starting at age six months, adherence to the CDC vaccination schedule up to year two, Tylenol, GMO and processed foods as part of the Standard American Diet and chemical exposures as part of what is now the Standard American Experience (plastics, herbicides, pesticides, heavy metals, parabens and phthalates).  How do I know?  Because I have read the science, I have done the testing and I have witnessed the recovery of health, communication, cognition and behavior by treating for stress, toxicity and immune dysfunction.  And some of you may be thinking – my child had all that and he’s fine!  And to that I say – not everyone who smokes gets lung cancer.  Not everyone who drinks heavily develops cirrhosis.  Epigenetics is the driver of the expression of health and illness. 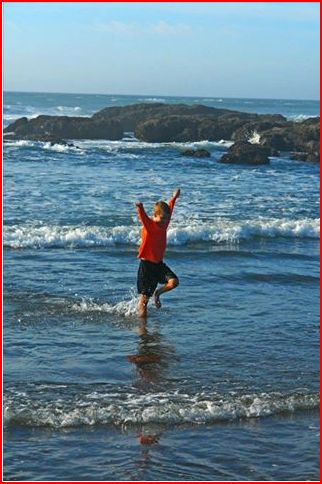 Over the last six years we have tried an amazingly long list of treatments and interventions.  Thanks to the generosity of family, we can continue to explore new ways to support my son’s healing and growth.  Tonight he told me spontaneously, after I mentioned something about the toilet flushing, “We have three toilets, one is downstairs.”  Yes we do, buddy.  Thanks for letting me know that you know that!

In 2006, Spencer’s ATEC score was around 130.  In 2010 it was 97.  Today it is 64.  He does not scream.  He sleeps. He poops regularly and without pain.  He endures change.  We can do things as a family without having an epic meltdown.  He laughs and he notices and tells me how many toilets we have in the house.  Not all days are great – we still have many ups and downs – but the downs are short lived and not as intense.  And the ups are amazingly brilliant and bright.

Everything we do in this life comes down to a choice.  I will forever regret not being more curious and vigilant about my choices.  I was lazy and just accepted that everything was okay because people in authority told me that was so.    Never again will I surrender that power and authority to anyone.

So while the title may lead you to believe this birth story was about my son, it is in fact MY birth story – a story of awakening and truth.  And like any good birth story, this one is filled with pain, fear and panic, but ends with hope, promise and unending unconditional love.

Raven makes her life in the Pacific Northwest with her husband and 10-year-old son.

29 Responses to A Different Kind of Birth Story