An Invitation To Speak At The Commonwealth Club of California 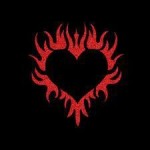 When TMR decided to write a book, we had no idea what would happen when it was published.  Some of us still have very sick kids.  Some were staring down the barrel of summer.  Some are to this day facing serious health issues for themselves.  Many of our members are media/PR experts (ok, so maybe some husbands need that credit, too . . . ahem, Davepr).  Since the book was published in April, it’s been a weird, amazing, guilt-ridden, fun, bizarre and hard-working experience for us all.

Local TV, newspaper, alumni magazines, national opportunities, and radio have come out of nowhere.  More importantly, opportunities to approach parents personally have come along, including speaking to TACA groups and MamaMac’s new team of mommy authors heading up www.nurtureparenting.com. 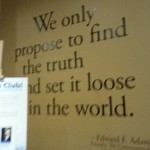 One huge opportunity came along in the form of Christie Dames and Kevin O’Malley of The Commonwealth Club of California.  Christie found TMR somehow on Facebook as she is a victim of environmental illness and never knew what to do for herself until she found the autism biomed community.  Her husband, Kevin, is the business manager of the Club.  Their kind invite to speak there was as shocking and exciting as anything TMR could have expected.  As circumstances laid themselves out for our group, it fell to Sunshine and me to make it happen and get there.  What an experience it was.  San Francisco, that’s one thing, but this place . . .  Who would have thought?  Let me share a bit about it.

The Commonwealth Club of California was formed in 1903. It is the nation’s oldest and largest public affairs forum. They bring over 400 annual events on topics ranging across politics, culture, society and the economy to 18,000 members. 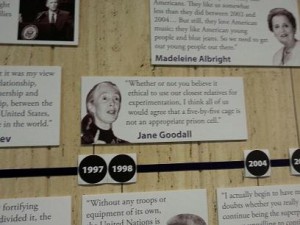 Temple Grandin spoke there just days before us and her speech aired on NPR this Tuesday.

As a nonprofit, nonpartisan educational organization, The Commonwealth Club relies on the support of its membership, the Business Council and foundation grants to continue its role in fostering open public discussion in the San Francisco Bay Area and throughout the nation via radio, internet and television. 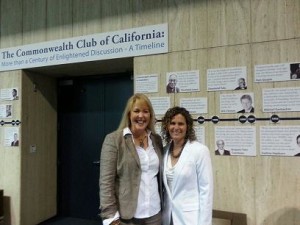 Before we arrived, we had no idea what an honor it was going to be to be there, we just didn’t know!   We met scientific researchers, nutritionists, activists, people with autism, and so many parents (some of whom we’ve known online for years!) who know what we know:  that our kids are medically sick.

We filmed segments for a gluten-free TV show in the area, Mama Mac and Sunshine went OFF on San Francisco NPR radio that morning, we filmed yet another interview for an “unruly women” documentary, and then the show was on.  Three smacks of the gavel and we talked about what it’s like to be parents of sick children in today’s world and what that means to us and to our future.   We hope you enjoy it. 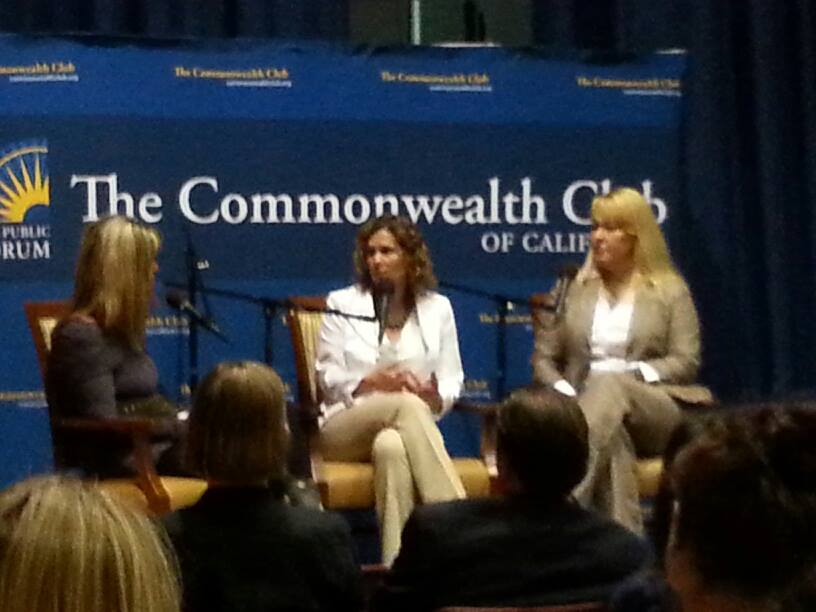 When it was all over, Kevin presented us with a book filled with speeches given at the venue from their most prolific speakers. 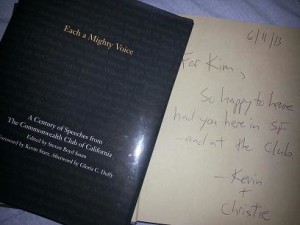 A once in a lifetime experience.  TMR is overjoyed and thankful for the opportunity.