Since April started Ronan’s dealt with a sickness, more seizures and major changes to his school routine. Each of those incidents were reminders of how fragile my son’s health is. Being able to lean on Ronan’s support team allowed me to work through some of the changes and difficulties that arose, but staying completely strong through some of the darkness wasn’t happening.

Outside of my personal world, online trolls and vicious attacks toward informed parents who’ve opted to educate themselves on vaccine safety was on the rise. I got a handful of vitriolic remarks thrown my way from mean-spirited strangers because I believe vaccines have something to do with autism. 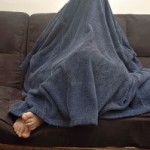 community. With how things were turning out, I wanted to quickly ditch April and skip right over to May 1st. Or at least hide under a blankie like TMR’s Booty Kicker sometimes jokes about.

I knew I couldn’t hide though.  Too much still needs to be done.

I had two options:  pretend everything would magically work out or figure out how to deal with every overwhelming, tiring and annoying issue I was facing.

I chose the latter.

First things first.  I had to deal with myself and the awful attitude I’d allowed to settle in.  Walking around with a scowl on my face and feeling depressed was not working.  Changing my outlook wasn’t going to happen overnight, but letting go of the negativity I was holding onto was possible.  I just had to actually do that in order to move forward.

First to do was to let go of the extra frustration I’d felt from the intense online attacks our community has seen in recent weeks.  It hurt to have harsh remarks lobbed my way and in the manner in which they kept coming.  I know that people all over the world have opinions.  It doesn’t matter if it’s politics, religion, medicine or cookies.  People like what they like. They support what they support because they believe what they believe.  It’s part of what makes the world go round.  But the attacks I and other parents were fielding were overwhelming.  Running and hiding from the internet trolls wasn’t an option I wanted to consider, so I stopped and thought differently about the incredibly charged debate being waged.  Here’s what I concluded.

We’ve ticked off an army of hate.  We’re obviously making other people squirm, and rightly so.  By asking what are very simple questions we’re putting paid mouthpieces into a position they cannot logically or truthfully defend.  Parents, many of whom have no monetary interest, as the people vehemently guarding the vaccine industry do, are making clear statements about autism, about vaccines and about the little resources being made available to our children.  Not only that, but by boldly speaking up, the statements so many parents are making are backed up not only by logic and truth but with compelling and heart wrenching factual stories of their children.  Silent observers to the online attacks, those who’ve witnessed some of us being verbally assaulted, and who are also on the fence about vaccinating their children, are reaching out to us behind the scene.  They are asking for clarification and requesting information on where they can start their own research.  In the process they’re now raising questions that those who oppose us don’t want to answer.  We’re getting the average parent to think.  I’ll say that’s a good thing!

Seeing the flip side of the current smear campaign made me remember that sometimes you have to take the good with the bad.  Thinking about that turned my frown upside down.

Next was to bring some semblance of order to the major changes that have happened in my own child’s life.

Ronan’s health has tanked causing an increase in fatigue.  He’s getting support from his providers for which I am grateful, but nothing has made things entirely better or easier for him.  It is so hard to see Ronan be so tired, so frustrated and, on some days, so weak.  I’ve caught myself feeling very down in the dumps several days in a row.  My thoughts have been clouded with more “What ifs” than I’d ever allowed myself to think before.   Since I’m still trudging through, trying to figure out how to make things better for Ronan, it’s taken a lot for me to stay focused on what I can do to help instead of bemoaning why, oh, why does this have to happen to my child.  He didn’t deserve this.  He shouldn’t have to struggle as he does.

But Ronan does struggle, and it affects every aspect of his life.  Because of that, I struggle too.

I don’t know how to make it better just yet for Ronan, but I’m finding it helpful to go back to my early days when Ronan first got sick.  I’m thinking like a scientist

again.  I’m reading like a researcher, and I’m looking at every angle like an investigator would.   If I can put the pieces back together, if I can determine what the trigger is, if I can lessen the offensive whatever-it-was that has caused Ronan to spiral downward, I know I would feel more confident that things will improve.  But, nothing is making complete sense just yet, so I’ve dedicated time to reading, to looking things up, to asking questions of those who want my son to heal and, of course, to praying like Ronan’s life depends on it.

I know I’m not alone in what has happened lately, both personally and within our community.  But I do know that when I choose to change how I view what’s been placed in front of me, I am better focused.   As far as what’s going on elsewhere that will affect our community’s efforts, if we’re going to do one thing this long month of April, we’ve got to bring the focus back to the kids and to the families who need help.  We’ve got to take care of each other.  We’ve got to remember to accept and respect that we all have our own opinions, especially when it comes to certain aspects and arguments surrounding autism.  When that happens, instead of drawing attention away from the causes we all hold so deeply in our hearts, the focus can turn back to those who have brought us together:  our kids.  They are why we work so hard.  They are who inspire us.  Let’s let their light lead our way, not negativity that might creep in on the tough, tough days, sparked by those whose purpose is to derail our every good intention. 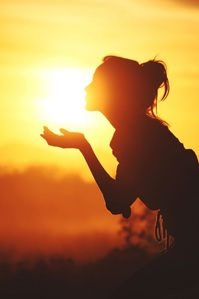