Stand Up and Refuse To Be Counted (Part 1)

During the month of April, if you have a child with autism you can choose to celebrate and promote awareness. Or, as many fellow parents have decided, you can make it a month of autism action. This is what I have chosen as the mother of four chidren, three of whom are on the spectrum.

In years past, the trend in mainstream media coverage during April is that of feel-good human interest stories and studies released regarding the causes and contributing factors to this issue. However, this year has been different. In the months leading up to April, the media started recirculating an old Time Magazine article from 2010 with the completely false declaration that Jenny McCarthy had “admitted her son never had autism,” with the very contentious months prior surrounding her being hired as the newest co-host on the ABC talk show “The View.” This opened the flood gates for an increasing number of posts circulating on the internet regarding the topic of vaccines. While not unusual, the increasingly divisive and hateful tone widely circulated on every website and social media outlet was hard to ignore.

After the endless barrage of this type of “reporting,” I decided that I was going to find an unbiased source of news. My autism action was going to focus on figuring out where have all the objective, non-biased journalists gone along with their counterparts:  the balanced information outlets where the reader’s intelligence is assumed, both sides of an issue are presented with non-inflammatory language, and critical thinking skills are encouraged.

True, there are many websites, magazines and organizations that portray themselves as independent sophisticated pillars of thought, social justice and informed opinions. I might have believed this was true if it weren’t for the examples they presented as fact-driven, non-biased stories written with the public good in mind. This month the CDC released updated autism prevalence statistics. The heartwarming human interest stories that news outlets and social media had been focusing on in prior months involving perfect strangers fixing broken cheeseburgers, standing up to verbally abusive restaurant patrons or entertaining little girls with autism on airplanes are notably absent. In their place, every publication under the sun has come out of the woodwork to jump on the negative attention bandwagon. The aforementioned “broken cheeseburger” story brought a wave of positive media focus for a restaurant chain that resulted in them designating a day to donate 10% of their proceeds to the National Autism Association, whose main focus of late has been on wandering prevention and providing families with the tools to handle an emergency situation if their loved one goes missing. In the end, they withdrew their support after the critical tone of social media drew backlash when it was turned into a vaccine issue where none existed. Many online outlets followed suit by picking up the story and spreading it far and wide, making it a clear warning to any corporation that supports an organization that chooses to offer help to families seeking alternative medical treatments.

In my quest to find a progressive, non-biased media presence I went to the most notable sources of independent journalism. Mother Jones is a publication with a rich history, referenced on their website ” . . . Award-winning Mother Jones magazine is a project of the non-profit Foundation for National Progress (FNP), founded to educate the American public by investigating and reporting on important social and political issues of our time. The FNP launched Mother Jones magazine in 1976 and MotherJones.com in 1993 to bring uncompromising reporting to a broad national audience.”

Intrigued, I then did a internet search on the terms “Mother Jones vaccines” and was surprised to find a long history of negative posts that, to my dismay, did not provide a balanced, independent discussion on their pages. The next question I had was “Who is the Mother Jones reader?” Luckily, I didn’t have to go far. Not only is their press kit on their website, it is available in a small link in the bottom of every email they send. I was not prepared for what I found there.

84% use vitamin or mineral supplements

40% have a household income greater than $75k

Our award-winning journalism is a touchstone for readers passionate about politics, the environment, culture, food, health, and human rights. Whether in print or online, the Mother Jones reader is smart, influential, environmentally-friendly, and socially-conscious. We deliver engaging and innovative platforms for these readers to stay informed, explore ideas, and feel inspired.

Magazines and websites rely heavily on marketing revenue from advertisers to pay the bills. Companies like to align themselves with publications that consumers have a positive image of; this is reflected in large advertising budgets designed to entice the reader to purchase products and services.

Notice anything unusual? The very demographic that Mother Jones relies heavily on to attract advertising dollars is the same one they disparage on a regular basis on their website that draws 8 million views per month. According to their own research, 40% of their readers have a household income in excess of $75k, 43% prefer alternative medicine, homeopathic treatments and herbal remedies. More than likely,  this coveted market share also exercises their vaccine exemption rights and are educated consumers when it comes to health-related matters. Except for the fact that our family does not qualify for the affluent and desired income bracket, we do fall under the rest of the categories. Unfortunately, we are a single earner household because I had to withdraw from the job market to care for our twins who are severely affected by autism. Although we do not have a lot of disposable income, the purchases we make are carefully researched. We are fiercely loyal to organizations who take the time to be socially conscious members of the community, both online and brick and mortar.

In the interest of keeping things fair and balanced, Mother Jones is not the only example of attracting an educated and desirable readership to draw advertisers only to court controversial blogging tactics that seek to control the flow of information as well as distort it. The list is actually quite long. Think NPR is above these tactics? I 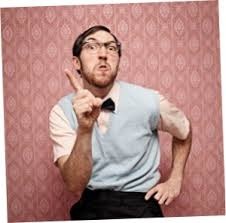 did until I read their “Shots” blog. Financial publications including Forbes and The Wall Street Journal have joined the fray. Slate, Forbes and Salon have latched on to the subject of parents and vaccinations, wagging their collective finger at anyone that disagrees, and their elders, Time and Newsweek, are the grandparents who want an in with the cool kids and their money by upping the ante in regards to outright inflammatory hate speech as evidenced in posts during April 2014.

Although the market research might show the demographic change slightly for other websites as far as specific habits regarding medical decisions and practices, it probably is safe to say that the consumers being marketed to corporations in the Mother Jones Media Kit are similar; certainly they do not only view one website and will check out some of the above publications’ internet presence.

The only way we are going to make an impact on these practices of the media posting endless pieces promoting a single view point is to stop clicking, sharing and commenting on them. Vilifying those who wish to have both sides of a topic, free of the contemptuous manipulative language meant to incite strong negative feelings towards those who do not conform to a specific view, while marketing to these same people, makes no sense. Describing people who want to make informed choices and exercise their rights to control medically related decisions regarding their children as affluent liberals who shop at Whole Foods and drive eco-conscious cars (because certain segments of the population view this negatively) while courting advertisers with numbers showing these desirable consumers is hypocritical. The Mother Jones example shows that we exist, we have money and we are opinion leaders. Yet most of online media sources are unflinchingly insulting, questioning our intellect by assuming we only do things because of celebrity example. We are educated, having attended college and yet we could not possibly understand the science behind studies or scientific data and do not do our research before making important medical decisions. We are socially conscious but alternately selfish because the media has perpetuated the idea that parents who opt out of  (further) vaccinating our injured children or wishing to prevent it, based on our family histories, are putting others at risk. We are supposed to deny what we experienced and deal with the consequences alone all for the sake of the theory of protecting strangers.

All of these ideas disappear when these same blogs and websites sell advertising space – now we are valuable discerning consumers with a large amount of disposable income.  Then we are expected to disregard all of the tabloid quality reporting we have witnessed on social media in the form of blogs demanding parents be stripped of our rights, and worse. It seems as though the mainstream media wants your clicks, reposts and comments to drive up page views to sell advertising, while chastising and belittling the reader, regardless of their views.

My choice for autism action this month? Do not click, repost, comment on any blog or article on websites that blatantly use the reader with this type of reporting. Time has demonstrated that they all say the same thing repeatedly and if you think by posting these on your personal Facebook page as an example of what not to listen to or believe, they still get the clicks and the money. The blogger becomes viable and gains some sort of “credibility” by demonstrating they can drive web traffic to their posts, which guarantees job security and may result in a book deal. 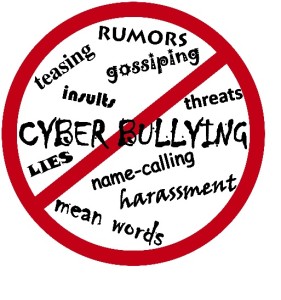 As a Thinking parent, I cannot in good conscience support this business model that encourages cyber bullying, hate speech and cultivates an atmosphere where opposing view points and access to both sides of a topic are crowded out. Stand up and refuse to be counted – this is the first step in being the socially conscious consumer they want to gain the attention of and that corporations hope to sell their products to.

About the author – Karma is a mom to four kids that spend way too much time navigating their dirty mini-van through the urban sprawl that is metro Atlanta. She proudly supports Generation Rescue in the role of parent mentor for their Family Grant program. When asked, “How do you do it?” the answer is simple:  coffee, Belgian ale, and an odd sense of humour. She is the co-author of Evolution Of A Revolution: From Hope To Healing and is a member of TEAM TMR, a not-for-profit organisation created by the  founders of The Thinking Moms’ Revolution. For more by Karma, CLICK HERE.