Breaking Out From The Prison Of Autism

Driving down the highway en route to Harry’s doctor appointment this week we passed a prison bus full of inmates.  It was an old school bus repainted white, with chains and padlocks visible on both its front and rear doors.  The windows were covered with thick white metal plates that had horizontal slits in them to let light through, with the exception of a sole window with no bars in the very front of the bus.

There was an inmate seated towards the middle of the bus looking out through the slits.  He stared hard, looking directly at me for as long as I could bear to look, holding his gaze.  All I could see through the slits were his eyes which were hazel, and a bit of an aquiline nose.  I found it disturbing, to be honest; It made me uneasy.  It started me thinking…he conveyed so much with his eyes.  His penetrating stare.  He hated being locked up on that bus and was probably tired of people staring at him like some kind of circus side-show act.  I’ve seen enough movies to know he was chained to his seat as well.  Basic human freedoms, denied.  And maybe rightly so.  I am not sure what he did to earn a ride on that particular bus but am guessing it wasn’t tax evasion. 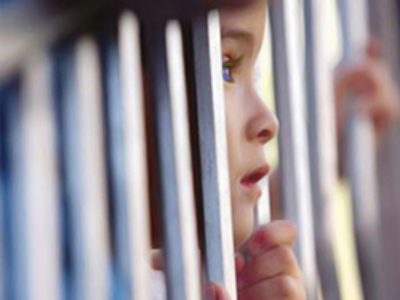 It made me think about Harry, and the prison bus he’s been locked in for the past few years.  It’s really not much different except that he doesn’t deserve to be on it.  I know he wants so badly to get off that bus, to join us as we enjoy our freedoms.  He uses his eyes to convey so much to me now.  At just four he is still pre-verbal, but after 2 ½ years of intense biomed, homeopathy, CEASE and every therapy we deem promising he’s got great eye contact and he stares at me now sometimes, willing the words that form in his brain to come to his lips on demand. More often than not, they don’t.  I know he has the ability.  Those words are still chained up somewhere in there because sometimes they break through.  We got a two word sentence (owww mama) last Saturday.  And in December 2010 we had a four word sentence after a round of zithro that I can still hear clearly in my head…“Mama I want baba”.  But mostly he looks at me to convey the thoughts that are padlocked inside…the ones he can’t use a sign for.  And usually, I get what he wants to say.

Don’t get me wrong…this child has made progress.  He went from constant reflux and projectile vomiting every ounce he ate or drank at every meal to being a happy, healthy-looking sweetheart of a child.  He plays with his toys.  He loves Lightning McQueen and Mater.  He can spell his name and spells three letter words on the iPad.  He knows sight words—something we’ve recently discovered.  He follows directions and is learning to swim.  He knows all his colors, letters and numbers, as well as animal sounds.  He can do hand movements to every children’s song.  He gives kisses and hugs spontaneously and on demand.  He cuddles, and is the most compliant, eager-to-please child on Earth.  We’re getting close to pedaling his bike.  We go to stores, restaurants and theme parks with no problems.  He imitates.  We have made huge progress and I am thankful for it.  But I still want him to tell me how his day was, in words.

If I had to say where we were in the recovery process, I’d say he’s in the front seat of the prison bus.  He’s not chained to the seat, but I’m not sure he realizes it.  There are no metal bars on his window and in fact, it’s open.  All we have to do now is get him to jump through it, or better yet, kick the whole frame in and leap onto the Recovery Bus my husband and I drive right alongside him.  I often wonder just when that will happen…but I know it WILL happen.  I can’t explain exactly how I know, but I do know it is certain. 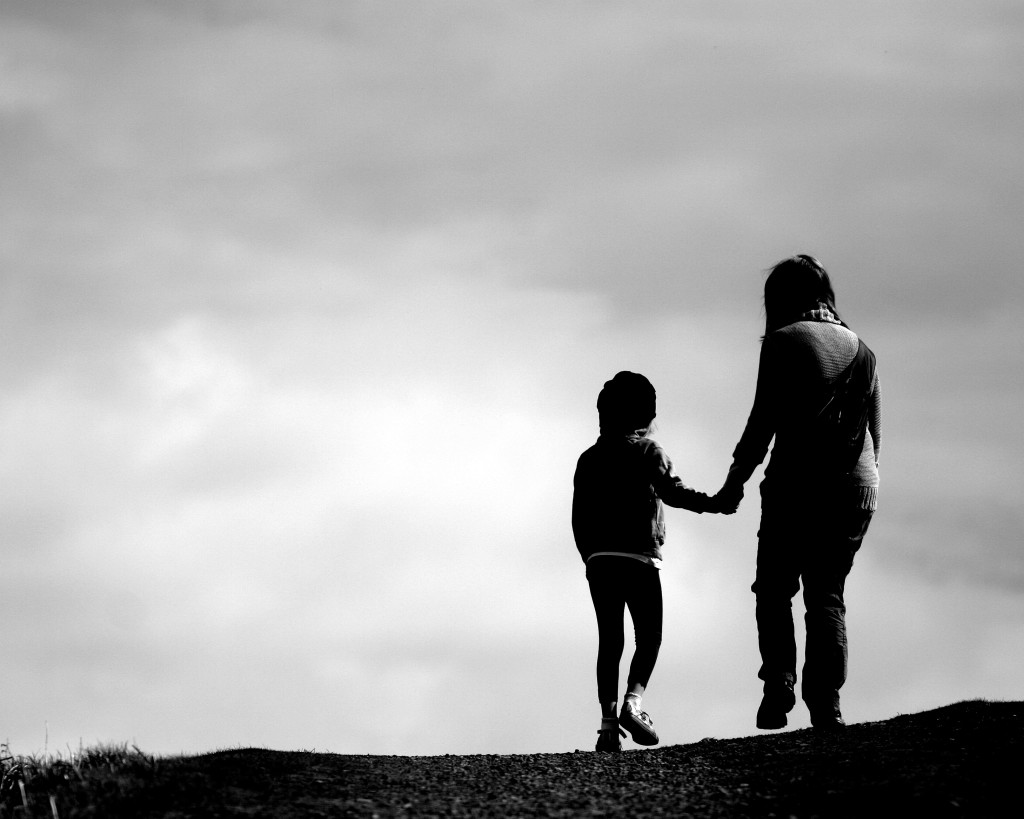 My nickname is Goddess.  We’ll get into how I got that nickname another time.  I chose Demeter, the Goddess of the Harvest, as my avatar.  She was the only one of the Greek goddesses who could really understand the human experience of grief and pain, as she experienced it herself.  The goddess Demeter is best known for her fierce defense of her daughter, Persephone.  In another life, I was best known for perfect accessories from Bergdorf’s and Bendel’s.  Things that seem so far away and insignificant now, although I admit I still have a weakness…one that I can no longer indulge at whim.    A long, long time from now when I die, I will be best known for my fierce fight for, and protection of, my Harrison.  My sweet angel of a boy who by that time will need no protection and will have taken up the fight on his own for his children and his children’s children.  Until then we will throw him every rope, bungee and ladder we can find, and bake him metaphorical gluten-free-casein-free-soy-free-egg-free cakes with heavy-metal-free files inside to get him out of his prison, and into the freedom of our world.

15 Responses to Breaking Out From The Prison Of Autism