The Business of Infotainment

The next time you see a post regarding the vaccine issue, take note of the language being used. Is it straightforward, non-manipulative or objective? Most likely it isn’t. “Anti-vaxxer,” the top term used to gain your attention has a connotation of sleaziness. The double xx together in a word stands out and has a subliminal connection to negative imagery. Think poison, death, and/or pornography as signified by the two XX together that were commonly used for these purposes in early 20th century visuals.

Look at the credentials of the writer. Many of them are political bloggers, and politics are generally at the root of unabashed mudslinging, carefully crafted campaigns designed to influence the opinion of the voter to sway them to the side of a candidate. It is a business that campaign managers and consultants thrive on. Why then are they writing about vaccines and parental rights as if they are authorities on the subject?

Science bloggers have also joined the landscape. One proudly proclaims on her website that she “Writes about the science they are selling you.” That should be the first warning sign there: “the science they are selling you.” Yet her work is featured on many mainstream sites that celebrate her pieces as undisputed fact while pitching advertising space to those who want to offer their products and services to the same audience being called out. In 2015 there are plans to release a book she is co-authoring described as a “science-based guide to pregnancy and parenting,” which raises the question of her posts directed at parents who have the right to do their own research and make their own decisions regarding their children’s health. Having a degree in science does not make a writer’s opinion superior , especially when the sites these blogs are posted on have methodically ensured that both sides of the vaccine issue, or any other that they wish to control do not receive equal representation. In fact, other information is continually cited as being discredited while it is being crowded out, buried or not covered at all, giving the illusion that it does not exist.

Identifying a blogger as a contributor with opinions that are given a forum, while the publisher cites a disclaimer that their views are not necessarily those of the parent company, demonstrates a sense of wanting all of the benefit and none of the risk.

As social media and the internet have evolved, mainstream news outlets have had to reinvent their business model and shape it in to a sustainable source of revenue. Slate and Forbes are two examples of websites that have made the leap from print to online presence while hammering out a new way of doing business to ensure their survival. It is evident by the posts circulating on Facebook using celebrity hate, fear of disease and outrageous calls for their brand of “social justice.” It doesn’t matter what gets the consumer to engage as long as it drives web traffic. In a March 2014 piece on gigaom.com, writer Matthew Ingram gives an overview of this practice:

And while Carr doesn’t mention it, Forbes magazine was one of the earliest adopters of this kind of engagement-based compensation scheme, when it expanded its website to include non-staff bloggers (it now has more than 1,200 contributors, including advertisers and brand marketers).

What’s interesting about Forbes’ approach is that the site doesn’t just reward bloggers based on raw user activity, but instead tries to tie compensation to something that is closer to actual reader engagement or loyalty: writers for the site can get a certain financial reward (the amount of which varies) for each unique visitor, but they get 10 times that amount for a returning visitor — the theory being that those visitors are more loyal, and therefore more valuable.

Gawker founder Nick Denton was an early adopter of rewarding writers based on traffic, but he eventually decided this approach was too blunt an instrument and encouraged bloggers to become “traffic whores,” posting anything that might drive clicks.”

Jeff John Roberts at paidcontent.org has written about the latest reinvention of Slate magazine, with an interview of editor-in-chief of the Slate Group, Jacob Weisberg, and Slate editor David Plotz:

Weisberg says Denton of Gawker and Jonah Peretti of BuzzFeed have been inspirations in the push for better analytics. The two viral media evangelists have shaken up publishing by using social media metrics to judge what stories to promote.

But if Slate turns to audience activity to inform its story choice, does this also mean pandering? “We have written traffic-whorey stories here and there,” admits Plotz. But these efforts haven’t been particularly successful, he says. “In this regard, Slate is like other high-minded publications navigating a tough, even contradictory mission. On one hand, they promise smart and independent ideas; on the other, they’re heeding social media metrics that could tug them to the lowest common denominator. While news sites like BuzzFeed cut their teeth on silly cat photos only to climb up the intellectual and media food chain, it’s unclear whether this process can work in the opposite direction.

Print media has moved toward obsolescence; what once was information presented in a magazine, newspaper or on a evening broadcast has adapted to different platforms. Consumers have changed how they access the flow of information as well, transforming the process by sharing and commenting on blogs and posts in their personal news feed.

The very nature of blogs gives the writer a different voice than that of traditional journalism, yet their constant presence on websites of news outlets blurs the line between op-ed pieces and fact. Slowly, over time the conversations regarding issues such as vaccination have been shaped and influenced by political, scientific and medical bloggers who use their credentials to establish authority. The words they choose to express their opinions have a dual purpose: drive traffic to their post to satisfy advertisers and control the conversation that follows. If enough posts on a topic share the same one-sided, contemptuous, salacious language and viewpoint, that viewpoint starts to become regarded as fact. Comment sections only serve to further divide readers as they continue the bullying hateful tone of the original writer. Over time,  what started out as opinion, reinforced by carefully chosen science, has been effectively changed by those who have inundated the internet. Carefully selected words are chosen specifically to incite anger, mistrust and cultivate a lynch mob mentality. 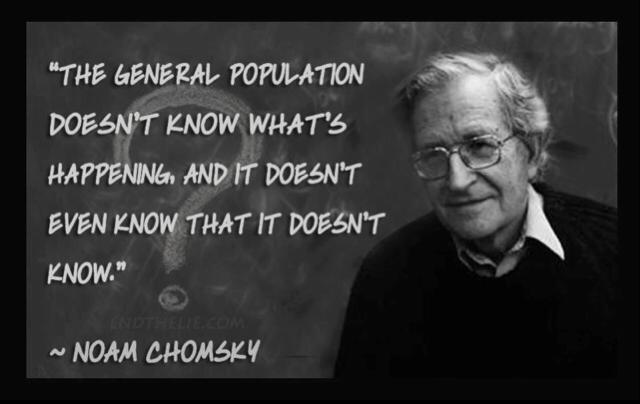 Magazines exist in the real world for a month or so before they are discarded and forgotten. They do not contain a long list of reader comments afterwards where strangers cloaked in the anonymity of the internet feel justified in encouraging parents to be stripped of their rights or worse. There are real people who read these pieces because they are in their news feeds or on sites that they went to seeking information on something else. Stumbling upon a post that made the front page of a website that portrays itself as cutting edge and socially conscious gives it an air of artificial credibility.

When teens or children engage in online bullying that leads to real world consequences, it makes headline news when it results in a preventable death. Why do bloggers and online versions of once respected news reporting get away with encouraging bullying through their choice of what they cover, the manipulative tone they present it in, and the unmoderated comment sections created to pit people with opposing views against one another? This is the worst of all because we allow ourselves to be caught up in defending our freedom, values and choices when they are not subject to a stranger’s scrutiny in the first place, regardless of your view on the topic.

Once it becomes monetized, our rights start to become threatened as corporations that profit from this model have no incentive to become responsible for their practices unless readers reject this sort of infotainment. I hope this realization gives Thinking Parents everywhere something to consider as they navigate the online community.

This entry was posted in Blogs by Thinking Moms' Revolution, Karma TMR. Bookmark the permalink.

5 Responses to The Business of Infotainment