Featured Guest Blog: A Day at the Zoo

Posted on May 4, 2013 by Thinking Moms' Revolution 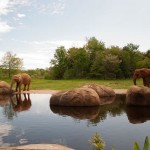 A year ago, we visited the zoo with our boys for the first time. Our youngest was about a year old and loved pointing and squealing at all the animals. Our older son who has autism was three years old and his experience was quite different. Not surprisingly, he never even noticed the animals. We spent the whole day taking turns following him down paths, in circles, and over benches. All he could do was find some sort of trail to follow, and if you asked him to slow down or come back, he responded with stomping and screaming. I had a month’s worth of snacks packed for this day trip because that was always our “go-to” strategy for keeping him in one spot while we tried to enjoy whatever moment we were in. The time surrounding this trip was our lowest of lows. We were a few months into biomedical treatment and RDI, our two miracle workers, but my son was battling yeast, bacteria, brain fog, and something was causing him pain that led to aggression and complete intolerance of pretty much any situation we threw him into.

But I was determined to keep on living the life we would have lived without autism. I refused to hold us back from experiences that we would normally enjoy just because it would be harder for us. We found ways to help my son cope, and ways to make things go smoother, and we never once stopped going to carnivals, malls, restaurants, theme parks, vacations, etc.

So this year we returned to the zoo. My youngest is now two and my oldest approaching four. We were watching the staff feed the lions and my youngest was screaming “wake up” because one lion was being lazy. Everyone laughed when he actually did pick his head up. We stayed there for a while and that’s when I noticed how peaceful everything was. I looked at my son and he was completely calm. Pausing for this long and “hanging out” in any form or fashion has always made no sense to him and therefore, we never could do it. One of us would hang back with our little guy and the other one would go walk in circles somewhere with him. But here we were, hanging out with the lions. I took a deep breath, felt the breeze, closed my eyes, and said a little prayer of thanks.

The peaceful moments continued through the day. My husband was able to wait in line for carousel tickets with both boys standing with him. This was an impossible feat not too long ago because my oldest couldn’t handle waiting for anything in any situation in the whole world. Then they hopped on the carousel and waited for the ride to start. And waited, and waited. And I started to feel my blood pressure rise, and I was shooting laser beams of hatred toward the worker who was taking too long to get the ride started, and then a mom kept letting her child change seats and I wanted to jump over the fence and strangle her. He can’t wait, he doesn’t understand. It’s the end of the world. Then I glanced at him, my cheeks and ears burning with anger, knowing that his screams and kicks were coming any second now and I’d have to help my husband make a decision of what to do.
I found my son’s face, and what did I see…………  my amazing boy feeling completely at PEACE.

So first of all I realized I’m going to have some serious post-traumatic issues to deal with at some point in my future. And second of all, I realized that not only is our family life getting easier, but my son’s own life is getting easier too. The world isn’t out to get him and he doesn’t find stress at every turn.

A few months ago my husband and I went on a movie date. I noticed a teenage boy in front of us in line had autism. He stepped up with his dad and they asked for their tickets but their movie was sold out. They asked for the only other animated movie available and that was sold out too. The dad tried to guide him back to the car and explain on his watch what time they could come back for a later movie. But the only thing the boy could do was walk into the building because, as far as he’s concerned, that’s what you’re supposed to do after you go to the ticket window. In the lobby, he started to understand that they weren’t going into a movie and he panicked. He started squealing and cawing like a bird at the top of his lungs, his whole body tensed up, and nothing in his whole world made any sense to him. I had to step into the bathroom and cry. I will never ever forget how much my heart hurt for that boy because it’s just not fair. It’s not fair that these kids don’t understand what’s happening when a kink gets thrown in their plans.

And that memory came flooding back as I was watching my son happily wait forever and ever for the carousel to start. It all came crashing down on me how lucky he is that he gets to NOT be that boy at the movie theater when he grows up. Because we were blessed to find RDI and all our biomedical interventions, my son is already moving past so much of his rigidity. I’ve never felt more assurance that the things we’re working our butts off for are directly and significantly improving his quality of life and what more could I ask for than that?

The days when we couldn’t walk down a path that we already walked up, when we couldn’t change directions no matter what, we couldn’t pause for more than a second or two, we couldn’t take a leisurely pace, we couldn’t wait in any lines, we couldn’t call his name and expect him to come, we couldn’t trust him to stay with us and had to be physically near him or touching him at all times, we couldn’t point things out to him because he didn’t even acknowledge we were speaking to him, we couldn’t get his attention unless we were within a foot of his face, we had to desperately seek out routes that made a loop so we’d never have to make a U-turn, I had to pre-plan every single step of every single experience so that we could all just survive without being miserable, we had to take alphabet flash cards everywhere, then it was the iPad, and always it’s been an abundance of snacks, etc…….. those days are OVER. They are part of our PAST.

I don’t even care if there are fifty more steps in this staircase because it feels so amazing to have taken one big step and not be at the bottom anymore. I probably only called his name a few times all day at the zoo because he was just naturally “with” us the whole time. I asked him to change directions and choose a different path tons of times and he happily did every time. Last year, he reached a point where he just really couldn’t handle it anymore and the two of us had to rush to the playground so he could regulate himself with sliding. This year, there was no sign of him reaching a maxed out point, even at the very end. The day was easy and peaceful.

Thank goodness we found RDI and ways to heal his body. And thank goodness and grace and mercy and everything else that I didn’t just “accept” autism as my son’s identity. Recovery, here we come! 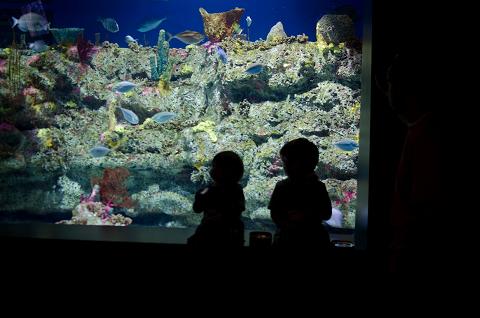 Sara Turner is the mom of two boys, one with autism, and the wife of the best guy ever.  She also teaches special ed and owns a small photography business.  Her priorities include spending quality time with her family and working hard to kick autism’s you-know-what.

10 Responses to Featured Guest Blog: A Day at the Zoo