Gardasil for Boys? The American Cancer Society Doubles Down, for No Good Reason.

The American Cancer Society (ACS) has recently doubled down on its endorsement of the HPV vaccine (Gardasil 9) for boys and girls aged 9 through 26, according to a recent press release. This amendment to their policy is in response to the December 2015  Advisory Committee on Immunization Practices’ (ACIP) recommendation for Gardasil 9. The ACS press release appears to promote the vaccine without stating the risks, the side effects, the contraindications, or the risk that getting the vaccine can potentially progress an existing HPV infection and cause cancer if left untreated.

I contacted the ACS for comment, and I was directed to a footnote citation aimed at clinicians which details the reasons behind their policy update. However, contraindications were not discussed anywhere in this document, and they punted safety issues to the ACIP and CDC (page 6). Also, nowhere does the press release state that pap tests, the only measure proven thus far to reduce the incidence of cervical cancer, will continue to be necessary. When I asked why that was, I was told that that information is contained elsewhere on their website. When I asked why Gardasil 9 was being recommended for boys when no new data was available, I was referred to the above-mentioned clinicians’ report, which incredibly concludes that “At this time, there is a lack of direct evidence of efficacy for cancer or pre-cancer prevention in average-risk men . . . .” Confused? More on that later on.

One could be forgiven for not knowing which way to turn when it comes to advice on whether or not to vaccinate your 11-year-old boys and girls with Gardasil. Previously, the vaccine had been heavily marketed to girls for prevention of cervical cancer. However, the narrative has been changing over the years, with a seemingly exponential explosion in the number of cancers that HPV is associated with — cancers of the vagina, vulva, penis, anus, rectum, and throat, and now the more general “head and neck” cancers, which doesn’t have the obvious connection with the sexually transmitted nature of HPV infection. As in the ACS press release, we are now hearing the vaccine referred to simply as the “HPV vaccine.” It seems to have been completely rebranded, topped off with the most offensive, egregious TV ad I have ever seen, to ensure that the kids get the message. The fear mongering is at an all-time high for a condition which clears spontaneously, without symptoms, in most people. It’s as if we have all forgotten that HPV is a sexually transmitted infection with no symptoms in over 90% of cases and rarely leads to cancer.

So why vaccinate the boys? The reasons given for vaccinating boys vary depending on the source and the marketing tactics used. To ease us into it in 2010 — because, remember, boys don’t have a cervix — we were told it was because of the risk of genital warts (apparently there is a new case every minute!). During the Gardasil trials, the vaccine was never shown to prevent genital warts in men or boys; it was an endpoint in an uncontrolled clinical trial in women aged 27-45 (page 14). Based on this, an assumption was made about efficacy in boys, which I guess could be valid, but it is an assumption.

Next we see that any claim about prevention of penile cancer was eliminated following the original trials for Gardasil when Merck admitted in the original package insert (Page 16) that the results were statistically insignificant:

Just like “throat,” the word “penile” is not even mentioned in Gardasil 9’s package insert. Why is penile cancer even mentioned by doctors with regard to this vaccine, especially given the average age of penile cancer diagnosis is 65? There are only 2,000 cases a year in the U.S., only about half of which are associated with HPV infection, with an 85% survival rate. This is hardly something 11-year-old boys and their parents should be worried about. 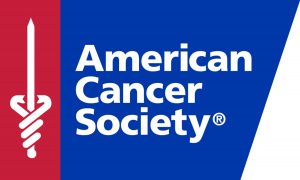 In this press-release-disguised-Gardasil-commercial, the ACS also claims that “Studies now show that vaccination in males is effective in preventing HPV infection. New evidence has also allowed the ACS to make recommendations for vaccination through age 26.” There are two problems with this statement, for which there was no footnote citation:

One, I know of no such “new evidence” of safety or efficacy for males beyond the paltry uncontrolled clinical trials I have described above, none of which focused on safety beyond the 14-day follow-up period. The ACS did cite 10 studies in its addendum for clinicians at the bottom of the press release but it’s a few clicks in and you really need to know what you’re looking for. The studies they rely on to base their recommendations can be found on page 13 here, which are all Merck-funded and show no new data.

Second, if the ACS is now recommending that the vaccine be given to an age group which is sexually active, then people in that age group should know that Gardasil vaccination might increase their risk of developing cancer should they already have an HPV infection of the type they were vaccinated for. Merck showed this “negative efficacy” (a 44.6% increase in pre-canercous lesions in women who received the vaccine; men were not studied, but if we can assume prevention of genital warts based on the women’s result then why not assume increase in cancer risk based on the women’s result?), in Protocol 013 in the original trials (table 17, page 13).

When I asked the ACS why they did not raise the alarm on the outcome of study Protocol 013 when universally recommending the vaccine for everyone up to the age of 26, they merely quoted the Center for Biologics Evaluation and Research’s (CBER) assessment (which I provided to them) on page 14 that stated

This demonstrated a limitation of the evaluation of small subgroups, where subgroups might have imbalances in baseline demographic characteristics. In this case it appeared that subjects in this subgroup of study 013 who received GardasilTM might have had enhanced risk factors for development of CIN 2/3 or worse compared to placebo recipients. (emphases mine)

The key word here is “might.” What does that mean? It “might” mean that they are presuming that some risk factors present contributed to the progression of the infection. And what exactly are those risk factors? Arguably, the very ones that exist in the real world: smoking, a history of STDs, and an irregular pap smear test, which makes complete sense and should not be disregarded! When a package insert lists ingredients as “approximate” and words like “might” are used to explain away a highly significant safety signal, I have a hard time believing that the proper testing and controls that should be in place for such a complex medical product as this one, actually are.

The ACS should also be asking, since Gardasil only has four HPV types, how is Merck allowed to say that Gardasil 9 can protect against the additional five strains they claim lead to more cancer in males? In fact, they can’t say this at all. In the package insert, buried on page 14, Merck admits that during the uncontrolled studies they conducted

The effectiveness of GARDASIL 9 in girls and boys 9 through 15 years old and in boys and men 16 through 26 years old was inferred based on a comparison of type-specific antibody GMTs to those of 16 through 26-year-old girls and women following vaccination with GARDASIL 9.

However, the ACS did provide some additional information based on a review of Pubmed research they performed to find support for endorsing this vaccine for boys. Incredibly they admit that they found no evidence it would be effective in preventing cancer in boys at all, which leaves us scratching our heads. In the supporting citation, under “Discussion,” paragraph 9, linked (buried) in its press release it states:

For average-risk men (excluding men who have sex with men and immunocompromised/HIV-positive men), there is no direct evidence of efficacy for cancer or precancer prevention because of the small number of disease outcomes. There is also no evidence for prevention of oropharyngeal cancers in males or females; however, there is limited evidence of prevention of oral HPV infection. (emphases mine)

In fact, in addition to the assumed but not demonstrated prevention of rare cancers in males, the only reason the ACS can come up with to vaccinate the boys is to support “herd immunity” which “may” provide protection for girls:

“Modeling results suggest that vaccination of males, through herd immunity, may provide additional protection to females in addition to providing protection against HPV-associated cancers in males.” (emphases mine)

And is vaccinating their boys to possibly protect girls the reason why parents are agreeing to give this vaccine to their children? Shouldn’t the ACS and doctors be telling parents that they are putting their 11-year-old boys at risk of vaccine injury in order to protect a girl they have not yet met or had sex with at some point possibly in the future? But given the tone of the new TV ad, that’s not what they’re saying, is it? 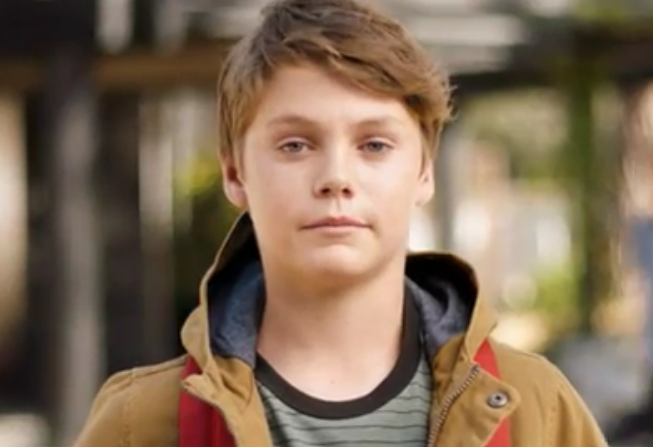 If “herd immunity” existed in the female population then there would be no need to vaccinate heterosexual boys to protect them. The problem arises when there is only 30% uptake in girls and 18% in boys, as we currently have in the US. However, this type of narrative provides a dangerous argument for mandating this vaccine for 11 and 12-year-olds, something that will be a disaster for every state that implements such a law. It would put thousands of children in harm’s way for a perceived, unproven benefit, decades into the future, based on incomplete studies which are without proper inert placebo controls.

Incredibly, the American Cancer Society has chosen to promote a vaccine for boys, without demonstrating a benefit for any but a very small minority of the population. It’s hard to imagine why universal vaccination is the preferred path over pap tests (for women) and better sexual health education (for all), considering the magnitude of the possible risks and the groundswell of resistance that exists in the public mindset as regards this vaccine. And we haven’t even discussed the cost. Why are doctors not listening? Well, to answer that I would have to go all conspiracy-nut on you, so I won’t.

Welcome to a world where parents are losing their right to make these important medical decisions for their children. Welcome to the era of vaccine mandates and pharmaceutical dominance over our government, where conflicts of interest are now the norm. Welcome to an incredible new vaccine paradigm where doctors and the trusted American Cancer Society will tell you a vaccine prevents cancer, even when the manufacturer has never shown that it does.

Caveat emptor, for as long as you still have that right.

12 Responses to Gardasil for Boys? The American Cancer Society Doubles Down, for No Good Reason.