We have an important Action Alert!

He needs these 1000’s of them ASAP so he can share the reality of our vaccine program with other Congressmen.  We must act now!

This is your chance to have your voice heard.  Explain what happened  to your child, and let your Representative know what is happening to our children. 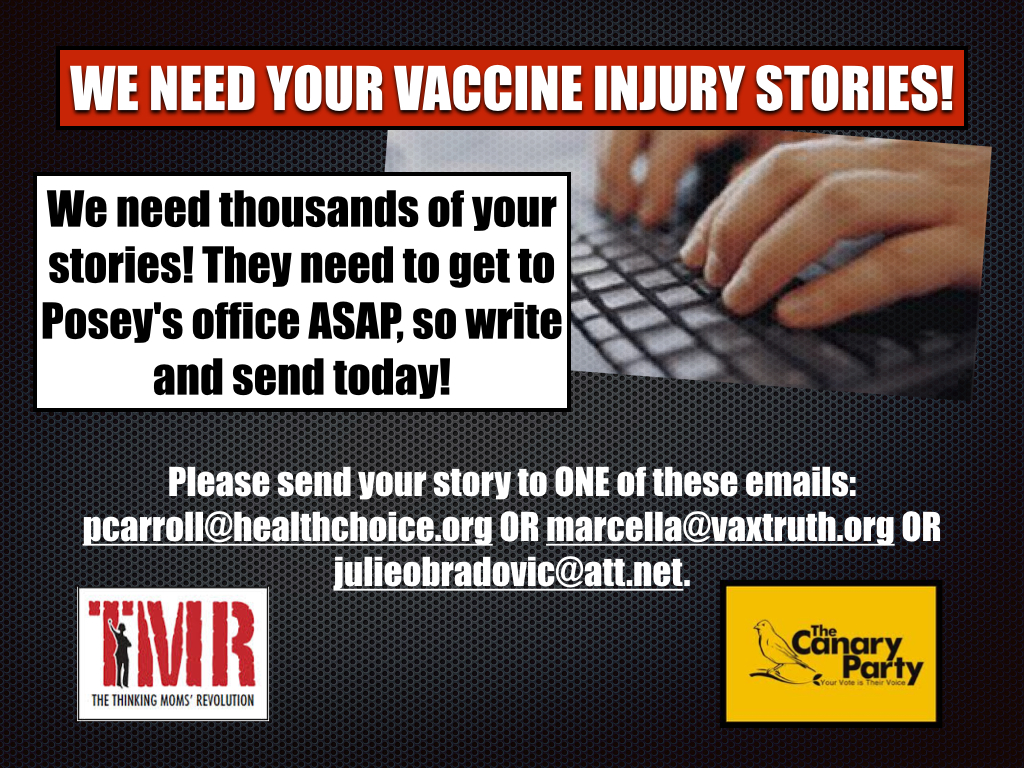