He is old now, in his mid 80’s, with weathered skin that shows his years.  His five grandchildren are growing up.  He remembers their sticky toddler hands, how they used to climb on him and give impulsive hugs and ask for stories about things that happened when he was a boy.  They loved that he was impish and got into a little trouble here and there.  He remembers the big wet tears on rounded cheeks after scraped knees, and the looks of awe and wonder when they opened the magic drawer to discover treasures he’d hidden.  He has enjoyed watching them grow and develop as people and hopes that they will go on to make a difference in this world, as he has.  There is one grandchild in particular whose spirit shines.  Even as a teenager, his

laughter bubbles up unexpectedly and people smile just listening.  The boy is quieter, more serene than his cousins, and he can sense that the boy has a purpose in this world.  He will live as long as he can to help shape the boy, to provide the foundation that grandparents provide, to give the boy a sense of history and a respect for the past, to help fully develop his penchant for good.

He is 67 and is looking forward to his official retirement, though he thinks he will never fully retire as he is invited to speak all over the world, even now.  He has made plans to travel – without engagements – with his wife and see the types of places that were difficult to visit when his children were young.  The South Pacific, a return to their honeymoon spot 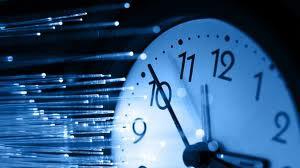 of so many years ago.  An African Safari because they had never quite managed to fit it into their plans.  The Northern Lights.  His dream.  He looks back at his distinguished career and can’t help but be proud of all he has accomplished.  His three children are grown and have chosen paths that fill him with pride.  He knows the countless hours he and his wife have invested into building their characters have been well worth the effort.  He tears up anticipating his daughter’s upcoming nuptials, and though he knows he has to let her go, for a moment he wishes she was still that little girl who looked to him above all others, who showered him with devoted adoration and endless kisses.  He has been blessed.

He is 46 and his world is quick paced.  He works to heal others, then comes home to coach soccer, diaper baby dolls, teach fractions.  His family gathers in the yard to harvest the vegetables they planted in their garden that spring and discuss how they should be prepared.  His oldest son feels that broccoli should be eaten only under a mound of melted 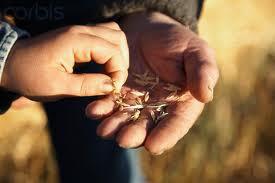 cheese and his wife wonders how to change that perception.  He gives her a warm look and gently squeezes her hand as if to say, ‘If this is our worst problem, we’re doing OK’, then scoops his youngest son in the air, saving the strawberry plants from being pulled up by their roots.  They are busy, this family.  Constantly in motion in all directions, but they are happy and healthy.  He truly appreciates that fact.

He is 22.  He has just graduated college and has plans to travel Europe before he continues his studies in the fall.  He has worked hard, but school comes easy to him.  He is most proud of the friendships he has formed, the network that will help him later in life.  He will miss playing baseball, the workouts with his teammates and the disciplined routine of game days, but is ready for his next chapter.  He wonders what his future will look like, who he will marry, then decides not to wonder about that until after he is back from Europe.  He chugs a beer with his fraternity brothers for old times sake, finds his family and leaves campus for a celebration dinner.  He knows his mother will continue to cry proud tears for weeks, and he ribs her about it as only a favored son can do.

He is five.  And he is emerging from autism.