Medical Marijuana and “My Health Freedom” 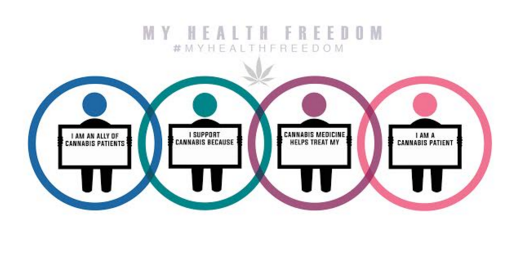 Since federal cannabis prohibition began in 1937, cannabis users have hidden their use from the world, ashamed of a safe and effective coping mechanism for dealing with the pain and stress of everyday life.  Cannabis is a substance that has been used safely by human beings all of ages for 10,000 years.

Today, we even have the scientific research that objectively validates that experience and shows that we have a regulatory system in the body dedicated to cannabinoids, that cannabis is a real and effective medicine for dozens of painful and debilitating ailments that afflict human populations. We’ve even found that some of these conditions are exacerbated by the absence of cannabinoids, or that the absence of cannabinoids might make the body more susceptible to environmental toxins.

But stigma changes slower than science, so the My Health Freedom campaign was established to help cannabis patients and their allies under the widest possible banner — demanding our right to exist peacefully, and choose our own course of treatment without fear of persecution.  We exist for the patients in medical states to throw their support and their numbers behind the allies suffering in non-medical states.

We can stand up together and be counted!  Studies say at least 1 in 3 Americans have used cannabis during their lifetime, over 100 million.  That’s more than have voted for any Presidential candidate in history — we have the numbers!  That’s why we’ve set the modest goal of one million images of patients and allies, to show that we are members of the American civic community in every sense.

“Drop-in” campaigns like My Health Freedom have proven successful in social justice advocacy, and it’s easy to participate! 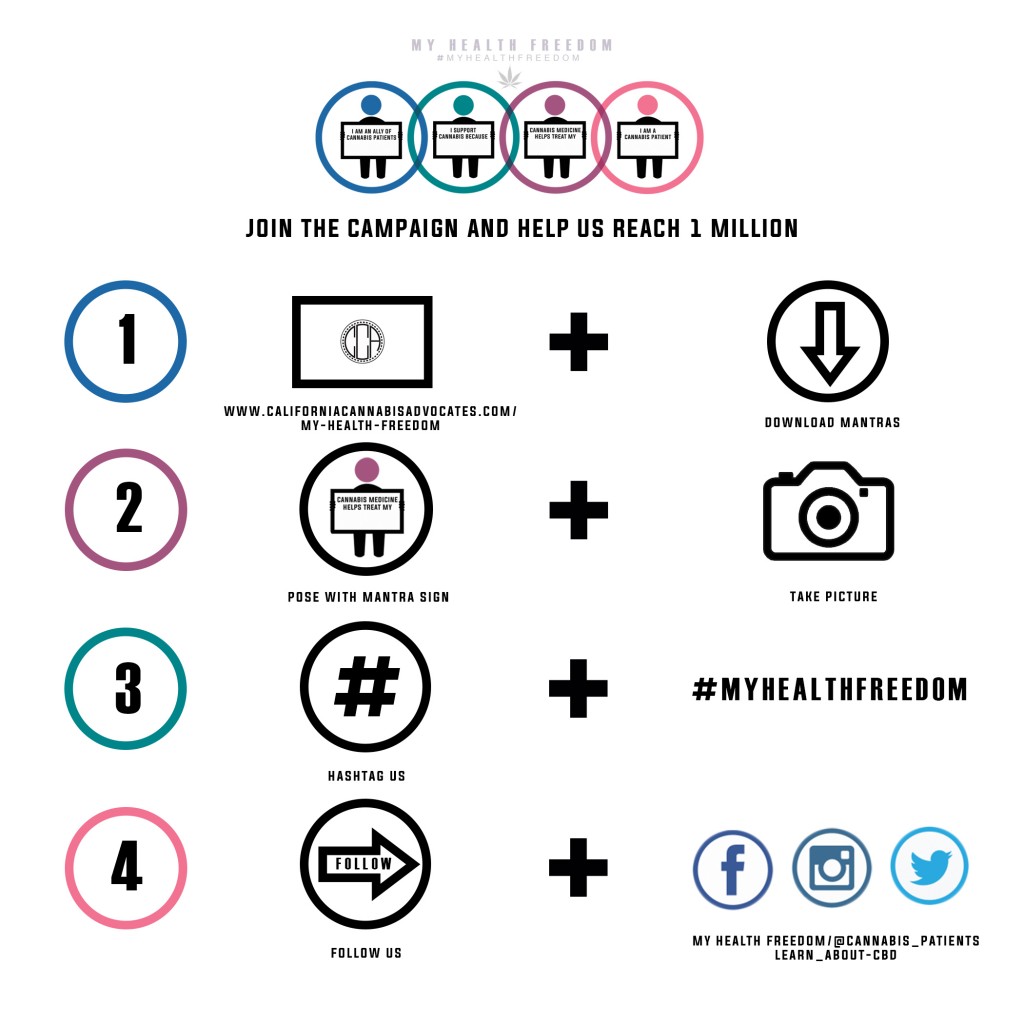 This entry was posted in 007, Blogs by Thinking Moms' Revolution and tagged cannabis, medical marijuana, my health freedom. Bookmark the permalink.