MMR, Autism and Fudged CDC ‘Science’ – Can We Talk?

Today’s blog is by Team TMR Australia’s Informer.  It was originally published on her own blog as “Can We Talk?” on August 29, 2014.

This week, a CDC scientist revealed he had participated in what he considered falsification of data in relation to a 2004 study into MMR/Autism links. 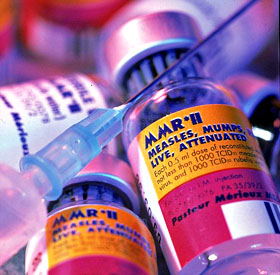 Naturally, many who consider themselves affected by this falsification were up in arms. Articles and updates flew around social media. Appeals rang out across the world for media coverage, explanations and retribution.

The CDC issued a response, reassuring the world that nothing actually untoward happened, that they were merely massaging the available data for greater validity and that measles was indeed a nasty virus preventable by vaccination.

CNN got itself embroiled in the issue by repeatedly removing and reposting iReports on its site, and then broadcasting a story that denied the whole issue had limbs.

And in the middle of it all, my family and I sat in a major children’s hospital with a bunch of excellent neurology professionals. We are trying to work out why our son, who went silent after his MMR at the exact time the study was released, and who has endured transverse myelitis, chronic gastrointestinal disease and intractable epilepsy, has become near neuro-, immune- and gastro-typical since we trialed him on massive doses of prednisone (the same drug that has shut down the circulation in his extremities, stacked on six kilograms in four weeks, and left him with a constant tremor in both hands, but I digress).

As I listened, learned and watched dedicated doctors scratching their heads and muttering ‘inflammation, idiopathic, autoimmune or something?’ I found myself wanting to raise my hand and say, ‘Can we talk? We all saw what happened here.’

These are doctors who signed a form many years ago to say, ‘Do not immunise this child any more. Signed, A Neurology Team from a Major Children’s Hospital.’

These are doctors who delight in every advance and decry every setback our child experiences.

These are genuine, honest, dedicated professionals who are doing their job. 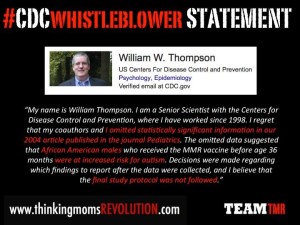 While CNN, and TIME and Forbes (oddly silent for now, given their previous drum beating) and Snopes (I know, really?) scramble to deny any feasible reality to anything resembling a question over vaccine safety, real doctors and real scientists and real families are well aware there’s not just a gigantic issue, there’s a growing pressure to address it.

For some reason, we can’t have a rational adult conversation that has the words ‘vaccine’ and ‘autism’ in it. Not even if we ban the prefixes ‘pro’ and ‘anti.’ Even if we liberally apply the word ‘safety’ instead.

What is the problem here?

It’s not about the prickly issue of child health, because we all know R Kelly told us children were our future before he made a few crucial errors. If we were genuinely concerned about child health, we’d be we’d be all over working out a solution to 2% (up from 0.000000001% 20 years ago) of our kids being chronically ill.

It’s not about party politics or socioeconomic issues or geographic boundaries because autism crosses all of those.

No matter what, it’s an issue.

The media has grappled with bigger adversaries.

Why is this one so off limits?

A man whose job it was to honestly analyse statistics relating to MMR administration and autism diagnoses participated in fudging the figures. He knew what he was doing, and it made him uncomfortable. He knows he contributed to the injury of subsequent children, including my own.

Instead of standing up as a world and saying, ‘Shit. Okay, let’s really look at this’, we are told to remember that vaccines are awesome at preventing measles and emotions are poor guides for reliable actions. We are told to, again, question the credibility of those calling for change and not to consider the possibility that change is actually a valid option.

We know science gets it wrong all the time (the Earth is not the centre of the universe after all). 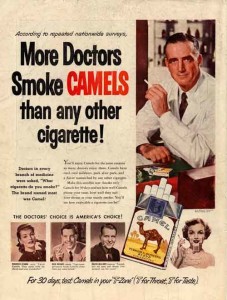 We know public health policy has to change sometimes (cigarettes were healthy once).

– Kids all over the world went from healthy to disabled closely following routine childhood medical intervention.

– Kids all over the world didn’t develop like their peers for no medical reason that any medical professional could name.

– Kids all over the world are struggling to be kids in numbers we have never seen before.

It might be caused by vaccines or nutrition or chemicals or lifestyle, or all of them and so much more, but the fact remains, it is happening. More and more every single day.

Obviously, it has happened to us. I have met many in our travels who have suffered similar fates. We are all different, but we share one thing – our kids are sick, and most of them weren’t born that way. Many of us do not identify with the highly promoted theories of fast-evolving difference, Silicon Valley Syndrome and nerd-gasm.

I work in TV. I see all the time how a story emerges from the need to fill a black hole, the need to attract viewers or the need to share important information.

There is much I don’t understand in this world, but this week, my lack of understanding has reached new bounds.

Why hasn’t one mainstream media asked the obvious question(s)?

– Why did the CDC mandate the pre-publication reanalysis of figures they knew would be contentious?

–  Why have they promoted those figures vigorously for ten years as evidence that parents like me are crazy, despite the fact that they KNEW they altered them to reorient the study outcomes?

– If they believed what they were doing was right, why not own it up front? Why leave a smoking gun dormant for a decade?

Surely this is interesting to someone? Government? Media? Business?

We are not helicopter parents (at least not by choice). We are autism parents.

Why is it that those unaffected by autism (or unwilling to challenge its inevitability) are so vehemently disinterested in talking about this week’s revelations? The information being shared is from the source we have been trained to trust –the CDC: the guys who look after America’s health and, by default, the world’s domestic health policies.

Surely this is a moment: permission to speak; a chance to have an adult conversation. No tin foil hats. No hysteria. No vilification. No finger-pointing or lying or obfuscation.

The Informer is an Australian writer. She writes children’s television, books about autism, blogs, songs, theatre… anything, really, that encourages people of all ages to think broadly and bravely. Her son Billy is a beautiful child with a very large medical file. She’d like to ensure that as many kids as possible avoid that fate. Her blog www.infoaboutautism.com swims along in the wake of the brave pioneers of the autism community who have had the courage to ask that people think critically about autism.

4 Responses to MMR, Autism and Fudged CDC ‘Science’ – Can We Talk?