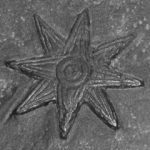 You know that family, the one who doesn’t vaccinate? You know those parents, the flippant, uneducated “anti-vaxxers” who haphazardly skip the shots because they’re over worried, can’t science, and have complete disregard for the “Greater Good”? Do you see their kids? Their snotty, sickly, ear-infected, allergy-ridden, disease-spreading, self-righteous kids? Yes, that family. Do you know them?

I’m not talking about families you see portrayed in the news who suffered through seven rounds of pertussis, saw the error of their fanatical ways, and now rigorously stick to the “safe and effective” vaccine schedule; those are obvious plants by media on a marketing mission. I’m talking about folks who are your friends. Friends you know well. That friend who doesn’t vaccinate and doesn’t have a clue why, other than “she’s afraid the vaccines might hurt her child,” full stop.

I know many families who delay or forgo vaccination for medical, religious, or conscience reasons, and I don’t know a single soul who declines to vaccinate out of stupidity and blind fear. Yet these are the people vaccine promoters claim they are “fighting,” people they seem to actively believe exist in large numbers. But what they’re fighting is a mythical creature – along the lines of the Loch Ness Monster, a.k.a. “Nessie.” 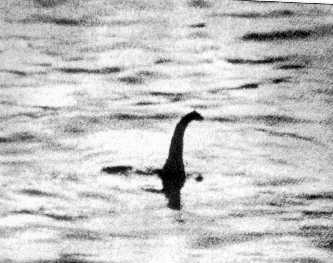 Vaccine promoters post articles poking fun of “anti-vaxxers” on the regular. The choir clicks “like” or even “love,” and they all get a good self-indulgent laugh. They feel super safe in their derisive responses, cushioned by a majority that makes it so easy to marginalize and hate a group by attributing non-existent qualities to them. But in addition to the nodding choir, there are others, silent friends and family whose stories you do not know, listening and taking note. They are alienated by your lack of curiosity and compassion. They dare not tell you how they, too, once believed in the bone-crushing, flesh-eating nature of Nessie, but then they were brought to their knees by vaccine injury – a reality far from the mythical one-in-a-million. They see your callous disregard, and out of fear they do not speak up, because speaking only adds insult to vaccine injury. It fuels your mythological fire, and they or their children are sacrificed a second time by your heavy-handed denial and mockery.

When the vaccine-injured do speak, when they comment and point out that “my child was injured by a vaccine and will require lifelong care,” or “my child has a medical exemption,” or “my child has multiple autoimmune genes,” or “my child has a genetic inability to detox heavy metals,” or “my family has a deeply held religious belief” – when any one individual scenario is explained, vaccine advocates generally have one of two responses: either “She’s a witch! Burn her!” or “Well, I wasn’t talking about you. I’m talking about the crazies. The ones who compromise herd immunity for your child. The ones you should be angry about.”

And suddenly it’s like I’m your one black friend in a sea of dangerous black people. It’s like I’m your token gay male friend who deserves to marry his partner that you also approve of and personally know, but all those other gays are endangering real families. Or I’m the one vegetarian that you know who isn’t on a PETA rampage, in possession of fake mammal blood to throw on your fur coat. You’re not talking about me, you’re talking about that generalized group defined by my characteristics that I actually don’t belong to because I’m nothing like them since you know me. Any person you actually know who has an exemption is exempt from your contempt. It’s the crazies that you’re talking about. Those mythical crazies.

The thing is, only 0.84% of Texas school children are not up-to-date on vaccines. For those who have medical, religious, or reason of conscience exemptions, most of them believed in and vaccinated their children. Most of that 0.84% represent vaccine injury or genetic susceptibility to vaccine injury (which comes in many, many forms). It’s super easy to post an article that makes fun of “anti-vaxxers” – and then say, oh but not you, not the one who has legitimate cause – when that is the overwhelming majority of that 0.84%. To minimize folks in this way is to simplify the complexity of the issues to absurdity and demonize the families struggling to put the pieces together and protect their children from further harm. I believe we all have more compassion than that.

If you’re one of these vaccine promoters, you’re fighting a non-existent war. You’re pushing laws and removing choice in an effort to corner and render submissive a group of people who do not exist – heartless souls, science deniers, who kill other people’s babies through irresponsible and selfish inaction. 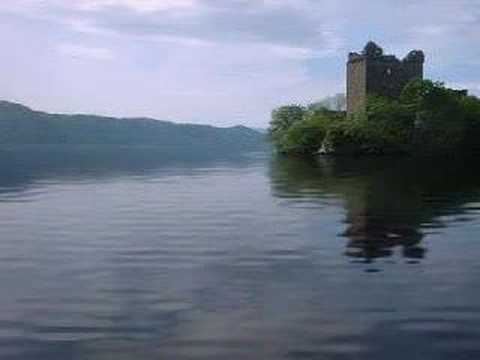 In your effort to dehumanize and control the crazy “anti-vaxxers,” you are sacrificing your own autonomy and freedom. You are also sacrificing the families and children of the vaccine-injured, who ironically are the group that you do not believe exists.

Texas put forth 15 bills last session to limit freedom of medical choice for all of us. All 15 bills were defeated thanks to Texans for Vaccine Choice. We may not be so lucky in 2017. Believe it or not, I am fighting for you. I will storm the Capitol, talk to representatives and senators, educate, write – you name it – to preserve your freedom of choice. The CDC has hundreds of vaccines currently under development, and national mandates for both children and adults are being proposed. Are you comfortable with any or all of those vaccines being determined mandatory? Would you be willing to give up your child’s school, your family’s health insurance, your job if you refused a particular vaccine? No? Then you are pro-choice, too. Welcome to the real fight.

I’m not writing this to try to take your privilege from you. But I am going to tell you that you have it. You have the privilege of not having a vaccine-injured child. You have the privilege of not knowing that world. Ask yourself – are the vaccine-injured a marginalized group that hide their medical statuses and histories for fear of death threats? Do they have to vigilantly fight for their legitimacy as a group? Are they recognized by the government? Can they take legal action or is that actually illegal for them? Do they have to come out of hiding in order to fight for their rights to make medical decisions for their children because there are billions of dollars behind silencing them? Are they being sacrificed for the “Greater Good”? Would it be okay if it were your child that were sacrificed in this game of Russian Roulette? Do you believe there aren’t really any bullets in the gun? Do you hear folks saying, yes, there are bullets in the gun but call them “crazy,” “hippie,” “anti-science,” and then support, either implicitly or actively, laws to silence them? Aren’t you more empathetic than that?

Take this simple first step: Trust the vaccine-injured. When you don’t have another’s experience, you have to trust their words, you have to trust their suffering. No one vaccinates a child and then turns around in this cultural climate of “anti-vaxx” hate and makes up an injury, declaring “Hey, I think that vaccine injured my kid! Can y’all believe that?” Because no, apparently, we cannot.

Let go of the mythical anti-vaxxer. Shed the prepared responses. Drop the rough exterior, and leave your defenses at the precipice. Step onto the bridge of compassion, eager to find common ground.

Be more than curious. Be more than an ally. Connect on a human level with those fighting for medical choice, and be a growing, learning, transforming, humble and vigilant presence.

Where there is risk (and no screening for that risk), there must be choice and informed consent. Demand it. Fight for it. Do not bow down and kneel, holding up your medical rights on a golden platter to the over-reaching government. Do not be so subservient. Will your eyes open, and step out of the matrix. Fight for the actual greater good – the real battle: our medical autonomy and freedom.

Inanna is mom to two energetic, sweet boys. Her background is in mathematics, psychology, and research. Her researcher’s mindset makes her very concerned about the modern day witch-hunt against free-thinking parents, and she opposes in any way she can the encroachment on personal liberty.

55 Responses to The Mythical “Anti-Vaxxer”