Posted on May 7, 2013 by Thinking Moms' Revolution

It’s the end of the year, and all my teacher friends are counting down to the end of school.  There are days, on Facebook, that I think the teachers are more excited than the kids that another school year is coming to a close.  No more classes, no more books, no more students’ dirty looks.  I have to credit teachers where credit is due though.  They put up with a great deal throughout the year whether they’re special-ed or mainstream teachers.  The idea of 20+ kids in a classroom scares the crap out of me, especially at the grade school level.  I’d take middle school or high school any day.  Elementary?  NEVER!  Those kids cry, pee and puke.  No thank you!  And the parents?  Oh my, the parents.  Don’t deny it.  You know you’ve driven at least half a dozen teachers crazy over the years, or you 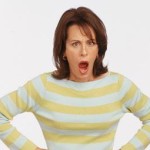 wouldn’t be here.  We, as parents that drive teachers crazy, do so because of our love for our kids.  There are parents, on the other hand, that drive teachers crazy that do NOT do anything to advocate for their children: no follow up with the teachers, no sense of urgency when the teacher explains that the child needs additional services, or may have a learning disability.  I know teachers that worry more about their students, than it appears that the parents worry.  As most of you know, I do not fall into that category.

We have been so fortunate over the last seven years with regard to teachers.  We had the pleasure to work with some pretty remarkable teachers and then two not-so-remarkable ones.  The first teacher our son had was so sweet, smart and very willing to work with us.  Food allergies didn’t scare her.  She was a great communicator and devoted to her students.  Our mainstream kindergarten teacher was impossible and found our son much the same.  As a result, he wound up being transferred to a new classroom with a very young teacher that adored her students.  She was cheerful, energetic, loving and adorable, everything the kindergarten teacher was not.  Yet another perfect fit for our son. 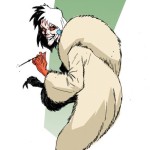 Then came the infamous teacher (Mrs. Cruella De Vil) that wanted nothing to do with teaching her students, or dealing with their parents, as well as the district.  If she attended IEP meetings, it was only physically and out of necessity, not because she was concerned or engaged.  I will not go into the details of how physically and emotionally challenging that year was for our son and our family, but she was by far the worst teacher we have been exposed to over our son’s academic career so far.

Our younger son is just finishing up his kindergarten year, much to our excitement.  This teacher is far from perfect.  She doesn’t  fall into the ranks of Mrs. De Vil, but, nonetheless, she made our son’s first experience with school terrible.  He struggled in the beginning making friends, so I spoke with her about it.  “He’s fine,” she said.  “Some kids just take a little longer warming up,” as she smiled at me.  I agreed, some kids take longer, but also reminded her that his older brother’s autism has a tendency to make things overwhelming, so he may need a little extra push.  She assured me that she would pair him up with a couple of other kids and all would be well.  After a while, our son did warm up to his classmates and all was well . . . at least for a short while. 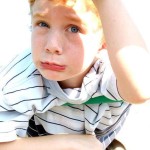 I began noticing that my little ginger-haired boy started to withdraw and was easily frustrated.  I would ask about school and he would either tell me he had no recollection of what was learned, or he’d complain about how his teacher refuses to teach them to read and he’d burst into tears.  This child has wanted to read ever since he was in his crib.  I was a bit confused and kept working on his sight words with him, which he seemed to struggle with.  I honestly didn’t have anything to compare his reading to, considering our ASD child was able to read before he was verbal.  I spoke with the teacher and asked if he seemed to struggle in class.  “Oh no.  He’s just fine.  He’s really doing great,” she’d answer.  I pushed and asked if he yawned a lot while reading or watching her write on the board.  “No.”  Did he tilt his head or put his head down on the table while writing?  “No.”  Did he rub his eyes a lot or did his eyes tear up?  “Nope.”  She assured me again and again that he is where he should be and that she’s been teaching for 25+ years and knows when a student needs a little extra help.  In short, she blew me off.  She didn’t have the energy to put in a little extra work when a parent asked.  She just assumed that if a problem wasn’t staring her in the face, that there was no problem.

Fast forward to the end of the third quarter.  Report cards were brought home, and I was stunned.  He had negative marks and there was a note that we really needed to work more on sight words.  Um . . . what?!?!?  I talked to her on the phone and she assured me that yes, he had negative marks, but that he was fine.  He was just slipping behind ever so slightly, but was right where he was supposed to be.  At this point, a bit late in the game I am embarrassed to say, I realized that she was just telling me what I wanted to hear and that I needed to take matters into my own hands.  I sat down the five-year-old and proceeded to interrogate him about school.  I was met with a great deal of resistance and tears.  A couple days later I was working on reading with him and really focused on everything he was doing.  Alarms sounded and I was furious.  I was angry because I didn’t do this sooner.  I didn’t listen to my gut and force the teacher to pay closer attention to my son, and to watch his every move when he was in class doing worksheets, reading and writing.  Also, at this point our son complained nonstop that he felt like he was going to throw up all the time and that his tummy hurt.  The pediatrician couldn’t find anything wrong and chalked it up to anxiety.  Yes, our son was timid socially at first, but usually warms up quickly.  Anxiety wasn’t what I was seeing, so I dismissed it.

I interrogated the poor wee lad again and focused my questioning on how he saw things.  My fears were confirmed and I grew even more frustrated with myself.  Our son either needed glasses, or vision therapy.  I immediately scheduled an appointment.  Once there, I was shocked to see how difficult it was for him to read.  He almost immediately started yawning and rubbing his eyes.  Those were clues I knew to ask the teacher, but she assured me that he didn’t do those things.  As the testing progressed, the yawning increased and his eyes began to tear.  Again, a specific question I posed to the teacher which she assured me he wasn’t doing.  After the testing was over and he was curled up asleep under a chair in the optometrist’s office, I received the results.  He has Convergence Insufficiency, meaning his eyes do not work together to focus on a central point.  The doctor mentioned that his constant nausea was directly related to the vision issue and, with vision therapy and temporary glasses we could remedy the nausea and get him reading properly once his eyes improved.

I called the teacher the very same day, letting her know about the results of his testing.  That was when she mentioned to me that she assumed that the yawning and rubbing of eyes was just due to not getting enough sleep.  I mentioned that I had asked her specifically about those symptoms early in the school year, and she said he did not do those things.  She, again, said she assumed it was related to a late bedtime routine.  I informed her that he went to bed at 7:30pm and woke, on his own, at 5:30am.  Ten hours of sleep seems pretty good to me.  She still skirted my question when I asked her why she didn’t give me the information even when I asked her directly.  She answered with, “I assumed it was sleep related.”  Frustrated, I called the principal and requested a meeting to go over his results and to talk about the discrepancies between what the teacher tells me and what we saw on his latest report card.  The principal told me she would test him herself and give us an idea of whether he was falling behind or not.  Once the testing  was over, she said, “Considering his eyes are so bad, he is testing at just above grade level.”   What a relief, but, at the same time, I was heartbroken that he has to work so much harder to see to be at the level he’s at.  Had the teacher been honest with me and not assumed that I was putting my son to bed much too late, I could have gotten him the help he needed so school would have been easier. 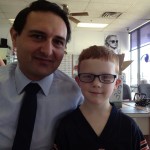 So, over the course of summer vacation, while the teacher is enjoying her summer days, we will be spending a great deal of time indoors doing vision therapy and getting those peepers to play nicely together.  Luckily, my timid little boy is super excited about getting a pair of glasses just like his Papi and had a blast trying on all kinds of crazy frames at his godfather’s optometry office.  The funniest were a pair of gold aviators.  He looked so cute and I couldn’t help but crack up because his favorite song on the radio is the Rated G version of Thrift Shop by Macklemore.  He totally looked like he should have been hanging out at the thrift shop down the road . . . 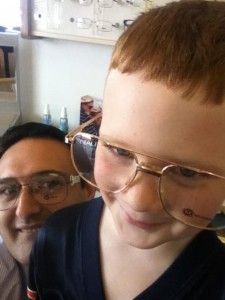 2 Responses to One Bad Apple