Popping up through the news feed this Fall has been the tale of the NFL and their players settling the “Concussions Suit” for $765 million dollars. Admitting no wrong doing, the NFL settled with 4500 players after a judge ordered to arbitration a case that contends information regarding the seriousness of head injuries was downplayed or withheld from players. The settlement is viewed as a win for the League as the drawn out legal maneuvering and dark PR cloud of denying these injuries could have been costly in terms dollars and reputation.

More than a couple folks have pointed out the similarities between the power the NFL must have in order  to hush this issue for so long, and the pharmaceutical industry.  And really, I’m not just talking about vaccines at this point – I’m talking about the whole enchilada: drugs, vaccines, medical devices, diagnostic tests, etc.  The NFL is approximately a $40 billion enterprise if you lump all the teams along with the NFL organization. The pharmaceutical industry, on the other hand, is a $359 billion enterprise, that touches every single person’s life in this country (football only engages 64% of Americans – I know, can you believe only 64%??). 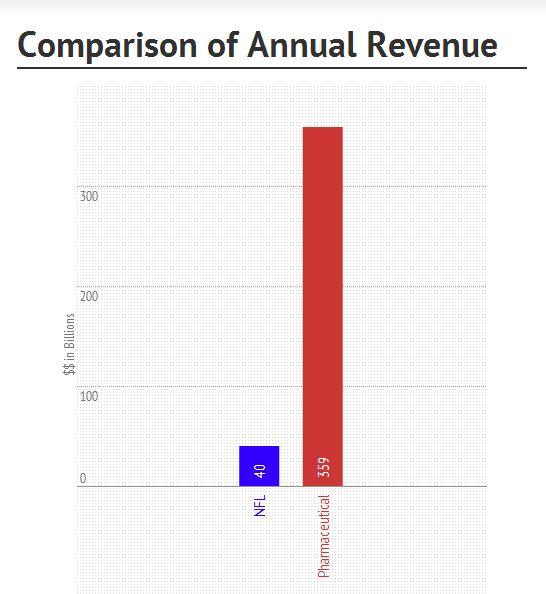 My point being that if a $40 billion industry is willing to hang a couple thousand football players out to dry, allegedly conceal or falsify research and call claims of injury “anecdotal” … what would an industry 10x that size be capable of doing? Good thing there is a lot of oversight of the pharmaceutical industry. 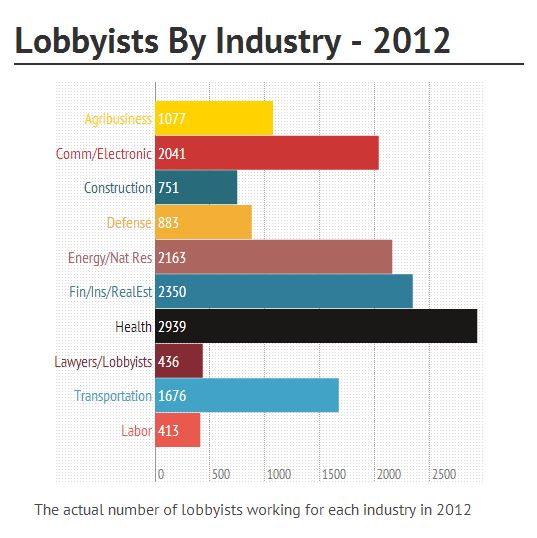 Oopsie! That chart above suggests the opposite of oversight.

That means that the folks in charge of protecting us are receiving so much money/power/favors/influence from the industries that they are tasked to oversee, it seems doubtful that we can ever be sure they have the American public’s best interest at heart.

Remember,that Vioxx was approved by the FDA before it became a household word synonymous with greed and corruption. 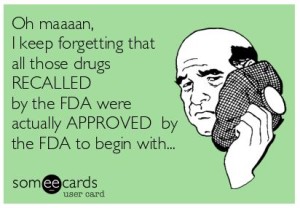 It seems that money is the root of all evil. Can that be true? I mean, at TMR we’ve been known to gaze at the Powerball jackpot and think of all the families that could be helped by a $300 million win. Perhaps the problem is that money is influencing decision makers more than what is “right” and “best”.  It seems true for so many industries – energy, environment, insurance, textiles, food – the list goes on and on.

That is why it is so important to take the time to stop and THINK.

Rarely do we find men who willingly engage in hard, solid thinking. There is an almost universal quest for easy answers and half-baked solutions. Nothing pains some people more than having to think. – Martin Luther King, Jr.

If the people we have charged with protecting our interests, are actually working for special interests, it is time to THINK for ourselves.

It is time to READ – the inserts, the ingredients, the alternative press.

It is time to WRITE – to the CEOs, the Senators and Congressmen, the Town Council.

It is time to LISTEN – to the School Committee, our kids, that little voice inside ourselves.

Pick one thing and do it. It does take a little extra time – but the cost of turning away from that responsibility has proven harmful to us as individuals and a country.

This entry was posted in LuvBug TMR and tagged hepatitis B vaccine, influence, lobbyist, pharmaceutical, Think, Vioxx. Bookmark the permalink.

10 Responses to We Go Together Like Football and Vioxx