As many of you know, TMR has been a part of the Autism Policy Reform Coalition since 2014.

We were very concerned that since the Combating Autism Act was first enacted in 2006, the federal government had spent a lot of money on genetic research that, in the vast majority of cases, shed very little light on the disorder or how best to treat it. The main result being that more than 70 different genes have been identified which are only slightly more common in the autism population than the neurotypical population.

As a result, since the federal government got involved, the official autism rate has gone from 1 in 125 (already an alarming increase over previous estimates) American 12-year-olds to 1 in 59 in 2018.

If this were any other serious condition, such an increase would be prompting major concern at the highest levels. Yet, the CDC didn’t even hold a press conference for their 2018 announcement indicating yet another large jump in prevalence.

In the meantime, despite increased awareness of the issues faced by people with autism, virtually nothing has changed with respect to how they are treated in classrooms, emergency rooms, and police stations all over the country.

Our coalition disrupted legislative business as usual with respect to the reauthorization of the CAA (renamed the Autism CARES Act) in 2014. In addition, we were able to get $29 million in funding for the National Institute of Environmental Health along with a direction to explore environmental causes of autism more fully.

But there is no question that federal agencies continue to squander money designated for autism research, drag their collective feet, and have refused to adopt the majority of APRC’s policy suggestions, policies that could potentially achieve real change on a national level.

The Autism CARES Act is set to expire this year, and a new bill has been entered to reauthorize its provisions. The bill is essentially unchanged; however, there are two APRC-endorsed amendments that could potentially make a difference. These amendments have already been endorsed by former senators Rick Santorum (Republican) and Chris Dodd (Democrat) who were co-sponsors of the original Combating Autism Act. 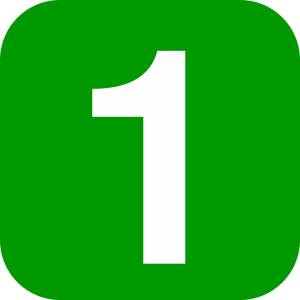 The first is an amendment that would require the National Institutes of Health to follow the strategic plan that the interagency Autism Coordinating Committee (IACC) spends a lot of time, money, and effort to develop each year.

In previous years, despite producing reasonable recommendations, the NIH has been free to ignore the IACC, resulting in over-expenditure on genetic studies that have done nothing to prevent the huge explosion in autism rates and virtually no investigation into the environmental factors that have to be contributing to autism risk. As should be obvious, knowing which environmental factors contribute the most to autism risk would enable us to prevent much of it.

THIS MISAPPLICATION OF TAXPAYER FUNDS MUST STOP. 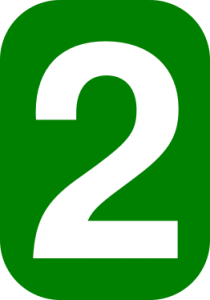 The second amendment would require the Health Resources and Services Agency (HRSA) to develop and disseminate a multi-disciplinary medical management model for the diagnosis and care management of individuals with ASD.

Health care providers in general are still woefully ignorant of the medical underpinnings of the psychiatric diagnosis of autism. As we know, when people with autism are admitted to hospitals, medical issues are often inappropriately treated as psychiatric or behavioral issues, often with restraint and copious amounts of anti-psychotic drugs instead of the medical investigation that is warranted.

THIS IGNORANCE AND MISTREATMENT, TOO, MUST STOP.

To see these important policies enacted, we need your help.

If we can convince the bill’s sponsors to amend it to incorporate the APRC amendments before it goes before the House Energy and Commerce and the Senate Health, Education, Labor and Pensions committees, then the process will be simple and straightforward.

We’re hoping that thousands of phone calls over the next two days can make these lawmakers see how much these amendments are needed.

If you have a personal story to tell, please do so! But the rest of us—even those of us who don’t have loved ones with autism—can help: Click for talking points.

Please take your frustration with what your state legislatures have been up to and use it to help us make change at the federal level.

Call the following four people and ask them (politely!) to add both APRC amendments to the reauthorization of the Autism CARES Act.

This entry was posted in Blogs by Thinking Moms' Revolution and tagged federal autism policy. Bookmark the permalink.