I’m incredibly grateful to the autism community for being so courageous and vocal about vaccine injury, but what many people do not understand is that vaccine injury encompasses so much more than autism.

In the summer of 2001, my son was preparing to go on a three-week missions trip to Panama. He was a healthy 21-year-old Honors College student about to enter his senior year. Several vaccines were recommended, but because I was a little leery of his receiving so many at one time, I suggested he only get what the organization absolutely insisted on, which was Hepatitis A. Since it was only one vaccine, I didn’t give it much thought, but he had a drastic personality change within 24 hours. He had always been very laid-back and even-tempered, but the day after that vaccination, he suddenly became angry, belligerent, and withdrawn. Although he had never reacted that strongly to conflicts, I assumed it was a temporary problem at work and didn’t associate it with the vaccine, but the behavior continued for weeks, then months. I also noticed he was having some memory lapses, whereas he had always had an incredible memory prior to that. As a mother, it was bewildering and heartbreaking. I felt like I’d lost my son and was living with a total stranger.

Over time, his health declined until one day he began vomiting, developed severe constipation, and wanted to sleep all the time. After days of this, I took him to urgent care on a holiday weekend, where the doctor ignored my concerns and brushed it off as a stomach virus. When symptoms continued, our family doctor had a rare cancellation and got him in quickly. The doctor recognized immediately by my son’s breath [Editor’s Note: type 1 diabetes can cause an odor of acetone, the main ingredient of nail polish remove, on the breath], that he probably had type 1 diabetes, and said his excessive sleeping meant he was close to going into a coma. He made arrangements with an endocrinologist at the hospital to admit my son immediately to the Intensive Care Unit, bypassing the Emergency Room, where the diagnosis was confirmed. 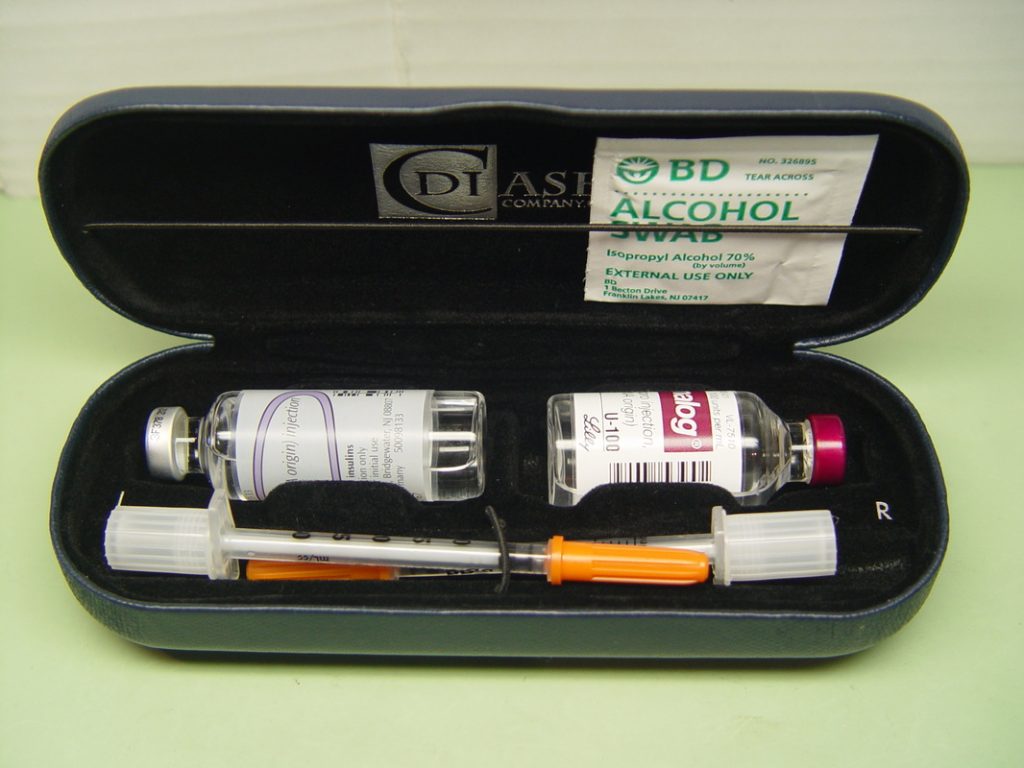 We were told he would need to be on insulin the rest of his life, that he would face possible blindness, amputation, kidney failure, and other diabetes complications down the road. And we learned his lifetime medical care would total over a million dollars. A nurse, whose own daughter had type 1 diabetes, told us the disease can be going on for one to two years before it’s diagnosed. Her comment made me think back to the hep A vaccination my son received and the sudden changes I’d witnessed in his temperament, then his health.

Over the next two years, we had to call paramedics five times because of dangerous blood sugar fluctuations. One evening, when he didn’t come home and wasn’t answering his phone, we called the campus police where he worked. We eventually learned he’d been lying unconscious in the grass on campus for four hours while students just walked on by, assuming he was taking a nap. The reality is that type 1 diabetes is a very frightening, unpredictable, and life-threatening disease.

As I researched the vaccine connection, I learned numerous studies have linked vaccines to type 1 diabetes and other autoimmune disorders, and that it’s even listed by manufacturers as a possible adverse event. I also was alarmed to learn the vaccine contained aborted fetal cells, aluminum, which is a known neurotoxin, and formalin, which is a type of formaldehyde known to cause cancer. I’d had no idea vaccines contained such toxic ingredients. While researching the disease for which he was vaccinated, I learned hepatitis A is generally a mild virus with no lasting complications. So we traded the slim possibility of his contracting a relatively harmless virus in exchange for an incurable autoimmune disease that will require lifetime care. Our lives, and especially my son’s life, were changed forever that day because of that one vaccine.

In 2013, the Philadelphia Pediatric Diabetes Registry admitted type 1 diabetes rose 70% in children under five between 1985 and 2004. This was the same period in which the childhood vaccine schedule tripled. As with autism, the disease is often blamed on genetics, but there is no such thing as a genetic epidemic. Furthermore, it can’t be blamed on better diagnosis because the disease is fatal if undiagnosed and untreated. Just in the last two years I’ve learned of three family friends whose young children developed type 1 diabetes within days of a round of vaccinations. The connection can’t be dismissed. As horrendous as the autism epidemic is, it’s only part of the story, and vaccine injury is sentencing an untold number of children AND adults to a lifetime of incurable and debilitating autoimmune disorders.

For a quick overview of how vaccines can cause autoimmunity, click here.

25 Responses to Adult-Onset “Juvenile” Diabetes and the Vaccine Connection