For Almost Neurotypical Kids Who Struggle 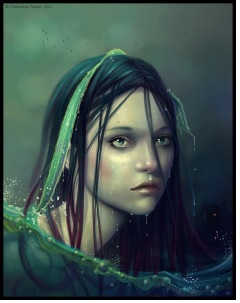 I’ve written many times about my older son, who was diagnosed with an autism spectrum disorder in the fall of 2000. What I haven’t shared publicly, is the story of the little baby who was in the room with me when the fateful news was delivered.

“He has an autism spectrum disorder. We will have to test him for Fragile-X. If it comes back positive, then his brother will have the same diagnosis.”

I looked down at the baby in my arms with his big brown eyes staring back at me. I kissed his soft chubby cheek. To be honest, in that moment, I really didn’t understand what it all meant.

“When your husband is back in country, he is welcome to make an appointment with me if he has any questions.”

I nodded. I was in shock.

Okay, I thought, so, now we have a reason why Tristen behaves the way he does.

Now, I was even more determined to be THE BEST mother. My focus can never waver, I told myself. We will overcome every obstacle. He will reach his full potential. I will never give up.

I couldn’t at that point in my life, at age 21, wrap my head around the idea that both of my young children could have special needs. We were alone and living across the country from all other family as my husband was in the army and serving his mandatory year in Korea. I was determined to put my focus into my two-year-old, whose extreme behaviors caused me to be constantly worried for his safety. If the tests came back positive for my baby too, well . . . then I would already know what to do to help him. I pushed forward. There was no time to worry about “what-ifs.”

A few weeks went by and the test came back negative. I was relieved and life went on.

A few months later, my sweet baby boy had a “well baby check” at the local army clinic and was administered two combination vaccinations in his right leg and one in his left leg. They held him down to inject him as he screamed. It took a few short seconds, and the nurses handed him back to me and instructed me to sit in the waiting room for 15 minutes and report any adverse reactions—such as trouble breathing, swelling, or rash—to the front desk.

I did as I was told. I was a good mother. I trusted the doctors to know what was best.

This is where the story becomes blurry. I don’t remember exactly what I saw in my son that caused me to run to the woman at the front desk. What I do remember is everything going in slow motion, even though I was physically forcing my body to move as fast as humanly possible. All I could hear was my heart beating in my ears and the looks on the faces of the adults around me. The woman at the front desk jumped up and turned her head and (I assume) yelled, because immediately doctors and nurses came from the back and took my baby and ran away with him. My next memory is watching the doctors and nurses frantically surrounding him as he lay on a table. It reminded me of a scene from the then-popular TV show ER. All I could do was watch and blink, completely confused and terrified. How could this be happening from a vaccine?

After what seemed like an eternity, the doctor turned to me with a mixed look of exhaustion and relief and took off her gloves. Her mouth moved, but no sound came out. A second later, I heard the beeping of the monitors and the sense of calm in the room.

“The swelling started in his left leg. He can never have the DTaP again.” 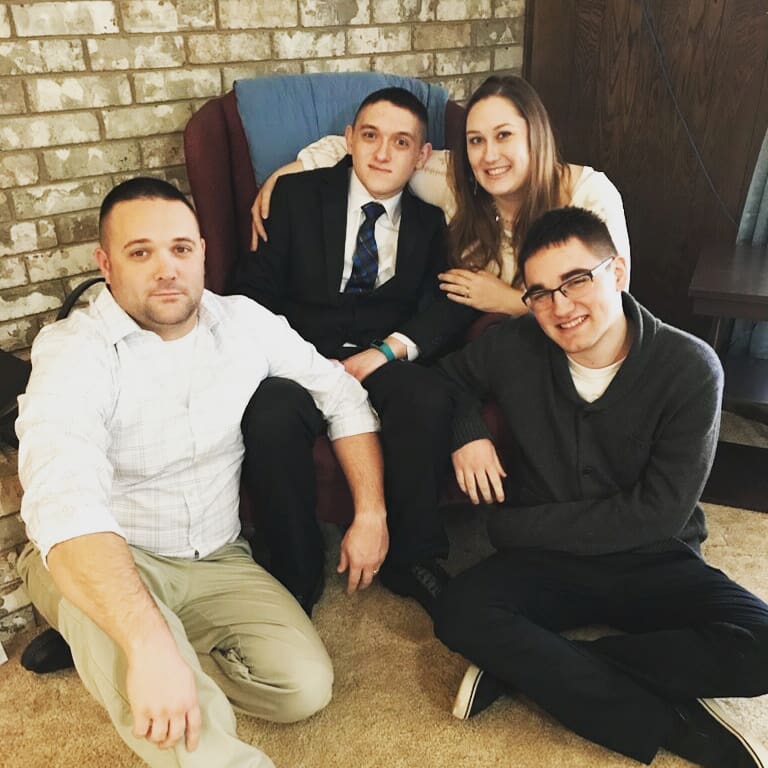 My sweet innocent baby boy, who was deemed as much as perfect just a few short weeks before, had just been damaged in a way I had no way of understanding. I was so extremely happy he was alive, it wasn’t until years later that I would realize the damage that had been done to him that day.

Life went on. Rashes, ear infections, allergies, and illnesses were constant in our home. It seemed to be our “normal.”

Looking back, I can see small “red flags” warning me something wasn’t right with him, but they were minuscule in comparison to the challenges of my older son. Speech didn’t come for the younger until age two. Anxiety being an issue for both, we spent our days in routines and consistency. Meltdowns seemed to occur out of nowhere, but we worked through them and it would be as if they never happened because, in the next minute, I would be frantically trying to keep my son with autism from jumping out of the moving car as I drove down the highway.

In second grade, we tested my brown-eyed boy for allergies and found he was positive for eight different foods. Removing those foods from his diet made for a much calmer, happier, and more obedient child.

Then middle school happened. He was either melting down or vomiting at school every single day. For the first time as a parent, I was really perplexed. I tried everything from long conversations to strict punishments. The teachers could not understand, and their punishments made everything worse. So, I asked for an evaluation for Asperger’s, hoping that they would see his behaviors were not out of sheer defiance. The school OT tested him for sensory processing disorder as well. All of the teachers who filled out the evaluation forms considered him to have an extremely high probability of both disorders.

For me, this was not a devastating revelation, but it was an eye-opening experience for those educating him to realize that there was a reason he couldn’t handle the bells and the screaming and the fighting. He didn’t refuse to respond to them out of disrespect. He was utterly and completely overwhelmed in that crazy overstimulated environment.

There are a few reasons why I haven’t talked much about his struggles. First of all, we never told him about his diagnosis. We talked to him about his challenges and why it was important to overcome them, but because of his cognitive abilities, I felt that in his case the label might become an excuse. Second, because he was aware of the Internet and how social media works, I did not want to embarrass him or invade his privacy. And lastly, because I worked so closely in the autism community, and I knew many severely affected individuals with enormous challenges, I felt that sharing my story was in some way being ungrateful for the challenges we did not experience.

A good friend said this to me: “There are many things you know, but you keep them a secret because you are afraid of how people will react. Don’t you realize how many people you could be helping if you were brave and shared your knowledge?”

This post is for them. This is for all the parents who struggle with children who are so close to fitting into the neurotypical world, yet so far from fitting into the real, everyday world. You and I both know how hard it is when your kid seems “normal” and yet can’t start a conversation with a stranger; in fact, the idea is so daunting they become paralyzed. You understand what it’s like when your child is so introverted that getting them to leave the house ever takes exorcism-like strength.

You, too, have seen how they seem like a wooden peg in a huge pile of wooden pegs, until you realize they are square and all the holes are round. Trying to smooth those edges should be simple, right? It’s not like those still working on potty training, or speech. He’s not physically harming himself daily. But those last 10 points on the ATEC might as well each be their own Mount Everest.

My younger son just graduated high school. Because he could not reach his potential in a public school environment, we homeschooled him for the last five years. We’ve spent 10 years on a special diet and supplement regimen, not unlike my older son with autism. They both made spectacular gains after chiropractic adjustments and the IonCleanse® by AMD detox footbaths. We have been so blessed!

About this time last year, I started thinking about how my younger son was going to function in the world and at what level of independence. We worked through many issues, but there were some glaring obstacles making it difficult for him to really be at the level of his peers. I wanted to push him, but with his challenges pushing too hard could result in a complete collapse. I knew it was going to be a slow process.

In October, my friend convinced me to try a new probiotic yogurt. I was a bit skeptical because it was a dairy product (gasp!) and also because probiotics had never done anything noticeable to help my kids in the past. Since I knew his allergy to dairy was not life threatening, we decided to give it a try. 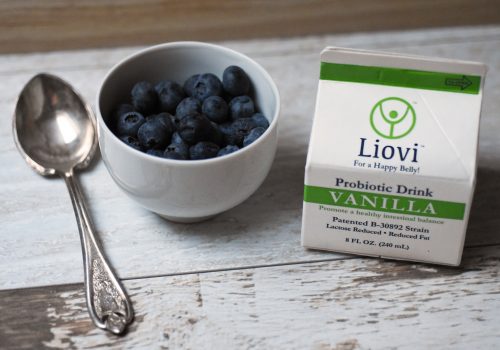 After a couple days of complaining of a sore throat, he healed and I started to see huge changes I never would have predicted. The anxiety and rigidity and argumentative behavior started melting away before my eyes. He started talking about getting his driver’s license, and we were able to take him out driving. We discussed the responsibilities one assumes when they move out and live on their own. For the first time, I saw my son as a fully functioning young adult with a future where significant obstacles were not holding him back.

This week we discussed his diagnosis six years ago. We researched Asperger’s together. He saw what he had overcome and he shared how he really identified more with being an introvert.

Full disclosure: When allergy season came in full swing, we saw some backsliding and old behaviors temporarily emerge. This is commonly known as PANS.

I can’t promise this same outcome for everyone, but I want to share this message of hope. Don’t give up. Don’t discount something because of a preconceived belief. Really consider protocols and go with your gut instinct. As your child ages, don’t be afraid that your child will never reach success. There is no timetable or window that closes!

The best thing about all this? My son is still my son. Nothing about his sweet genuine personality has changed. His likes are still his likes. His dislikes are still his dislikes. He is just more flexible. His reaction to what he dislikes is now manageable and age appropriate. His dry sense of humor remains hilarious, just as his passion for Dungeons and Dragons still flows strong. What did change was his ability to function in the world without it tearing him apart, the unpredictability and injustice of it all. I wasn’t sure we would ever get there. That’s why I’m sharing this story, for those of you going through the tough times. There is hope.

My younger was definitely the more difficult child to raise. What I’ve learned is being silent about the hard times robs us all of experiencing the miracle in the outcome.

For more information about the probiotic I tried last year, go to liovi.com or join our Facebook group Liovi for ASD. You can also find it for bid  in the TMR online auction this week only.

8 Responses to For Almost Neurotypical Kids Who Struggle