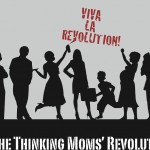 As Autism Awareness Month winds down, let’s ask for some action in Congress.

Please contact Congressman Darrell Issa, chairman of the House Committee on Oversight and Government Reform, with the following messages:

1)      Thank him for holding a great hearing on November 29th, 2012. Let him know that you strongly support his investigation.  Last month, the CDC’s latest parent survey reported a shocking 1 in 50 school-aged children with autism spectrum disorders – that’s 1 in 31 boys – creating even greater urgency in answering the issues he and other members of the committee began to identify during that hearing.

2)     Ask Chairman Issa when the responses provided by CDC (Dr. Coleen Boyle) and NIH (Dr. Alan Guttmacher) will be made publicly available. Not only did Guttmacher and Boyle leave the hearing early, they took over four months to provide answers to the committee’s important questions. The public deserves to see these responses in the exact context in which they were submitted to the OGR committee – including cover letters, references, and attachments.

3)     Chairman Issa stated there is nothing that is off-limits for what the OGR committee will continue to explore.  Ask him to promptly schedule the next hearing to investigate government malfeasance in covering up the vaccine/autism connection including, as examples, the following areas:

4)      Send a Facebook message to the Committee’s page at https://www.facebook.com/Oversight