Simone Greggs is a single mother with two children: an 18-year-old girl just starting college and a 13-year-old boy with autism. Like many of us, she is a fierce advocate for her children and has done battle with the local school system to get her son placed in an appropriate educational situation. Luckily, she succeeded and her son, who might be considered “high functioning,” now attends a private school intended specifically for children with autism. In order for the student’s team members to meet and discuss issues, the school has a regularly scheduled half-day on Wednesday. Simone sees this as a very positive thing that ensures all members of her son’s team are on the same page.

So why am I writing about Simone Greggs? What makes her different from thousands of other special-needs mothers? Unlike any of the rest of us, Simone is suing Autism Speaks, the most prominent autism-related not-for-profit organization in the United States, for violating the Civil Rights Act and the Americans with Disabilities Act by rescinding a job offer — because she asked for a minor accommodation to care for her autistic son.

As an African-American woman, Simone is all too painfully aware of the gap minorities face in autism services. Minority children with autism are typically diagnosed later and often get fewer services than their Caucasian counterparts. In an effort to change this situation, she has created a foundation, All the Love, to promote autism awareness and early detection among minorities, particularly in the African-American community. She’s just getting started, but this is a cause she is dedicated to.

Like so many others in this economy, Simone is looking for work. Her most recent job was with the Robert F. Kennedy Center for Justice and Human Rights as a special program and events manager. Despite glowing references, she was laid off January 2011. I met Simone at the IACC meeting in Washington where she was working with Claudia Stepke, the PR person for the Canary Party. She was responsible for coordinating details with the hotel for the Canary Party press conference scheduled for the committee’s lunch hour. I saw her in action, and I have to say I was impressed. She struck me as a no-nonsense person who knew her stuff and got things done.

Simone really felt at home at the Robert F. Kennedy Center. She liked the kind of work they did and felt that she was helping to make a difference. With that in mind, in March 2012 she applied for a position at Autism Speaks as an events-walk manager. The responsibilities were to include things she had done — and done well — in the past, including getting sponsors for the walks and running the walks themselves. It seemed a perfect fit, and it seemed that the management at Autism Speaks agreed.

The director of talent acquisition, Pat DeSaules called Simone for an interview. Simone then had a phone interview with the executive director of the Washington, D.C., office, Ann Gibbons, then met with Ms. Gibbons in person, along with the regional director and the director of special events. After a total of five interviews, Pat DeSaules called Simone and said Autism Speaks would be offering her a position contingent on her passing the in-depth background check, which would take three weeks. She passed the background check and was told that her references were amazing. Autism Speaks sent her a packet of paperwork to complete and return before her start date. 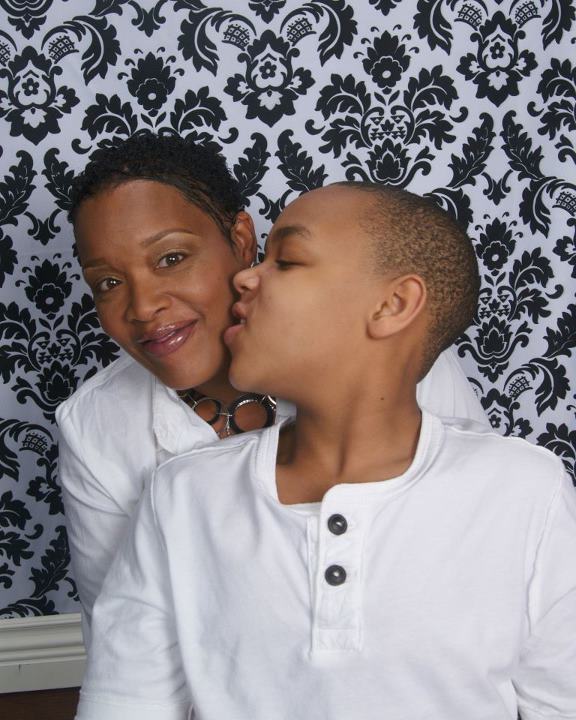 The position was billed as a nine-to-five job when Ms. Greggs applied, but it soon became clear that there would be a significant amount of travel involved, plus occasional weekends. The norm for a position of this type is a certain amount of flexibility for the “regular” work hours when you’re doing a considerable amount of work outside those hours. It’s not good to assume that flexibility, though, and Simone didn’t. She asked questions about how it would work. Like any mom with a special-needs child, she would feel more comfortable being with her son on his afternoons off, if at all possible. She brought up the subject but didn’t get a reply. Not wanting to leave the situation unresolved, she sent an email to Ms. Gibbons the day before she was to start proposing a schedule for Wednesdays that would have her coming in early and leaving early, and asked if they could discuss it at the meeting scheduled for the following morning. She even offered to take a pay cut in exchange for the peace of mind this arrangement would bring.

Ms. Gibbons responded by suggesting they put off her start date till the next week, until Simone could work out her day care issues. Ms. Gibbons explained that they couldn’t give accommodations, at least until after the six-month probationary period. Simone immediately called her mother, who was able to reschedule her regular Wednesday meetings to Tuesday in order to be with her grandson on Wednesday afternoons. Simone emailed again that she had worked it out with her mother, and she would not be needing any accommodations for Wednesday afternoons.  The response from the Ms. Gibbons was positive and upbeat but still held to the postponed start date.

The next day Simone got a call from Autism Speaks. There were five people on the line, including Gibbons, DeSaules, and human resources manager, Linda LePage. The call sounds like something of an ambush to me – along the lines of something the “mean girls” in a junior high clique would pull. They claimed that Simone had sent an email making demands, didn’t get her paperwork in on time, and that she had changed the start date. After tying up Simone’s time for nearly two months in the hiring process, leading her to turn down an offer of contract work (from a subcontractor for the Democratic National Committee) because she already had the offer from Autism Speaks of a job with benefits, Autism Speaks told her they had decided to rescind the offer — on the day she was supposed to start work.

If you are unable to view the video, please click here.

After all the time spent interviewing, doing a background check, getting references, doing the credit check, you’d think Autism Speaks would have had a pretty good idea of what they were getting. What changed on that last day? A request for a little flexibility in the schedule in order to deal with a special situation. And, despite the fact that they were going to be requiring significant flexibility on Simone’s part, they rescinded the offer of employment just because she asked for a little flexibility in return. (I can’t help picturing the scene in Oliver! when Oliver dares to ask for more gruel and everyone is horrified to the point of kicking him out of the orphanage.)

This case is indicative of a real problem in the current U.S. corporate culture. The lack of flexibility in scheduling and the fact that work schedules don’t resemble school schedules in any way means that many, many parents — especially women — don’t feel comfortable getting full-time jobs that would better support their families. It means that the corporate world is missing out on those parents’ talents in a big way. It means that a great deal of training and knowledge can be lost when people become parents. And think of the skills that you pick up as a parent, especially if your child has special needs. Isn’t it likely that some employer could use those skills? Or, alternatively, if parents really need or want their jobs, it means that many parents have to sacrifice the good of their families for their jobs, and that many children grow up without really knowing their parents at all. Neither of these scenarios is good for this country.

A University of Minnesota study recently found that flexible workplaces are not only conducive to employee health (think how much more easily you would breathe if you could schedule your work hours for when they made the most sense), but also to measurable productivity. The study was conducted at Best Buy headquarters. The employees were directed to focus on results and could change when and where they did their work to meet their own needs. Shockingly enough (really, this isn’t rocket science), work/family conflicts were reduced, which improved quality of sleep, energy levels and emotional and psychological health. Employees getting an extra hour of sleep on work nights are, of course, more productive (again, not rocket science).  It follows logically that happier employees are more likely to be loyal employees too. All big wins for the employer.

A report from the Alfred P. Sloan Foundation and the Ford Foundation found that “workplace flexibility programs benefit employers of all sizes and industries resulting in increased employee job satisfaction, lower turnover and lower insurance costs.” Much as employers like to pretend that employees are interchangeable automatons that work just as well under all conditions, they are not. Treating people as if they are robots just doesn’t make any sense for the employee or the employer.

As the number of special-needs children in this country escalates rapidly, this issue is only going to get bigger and bigger as time goes on. Corporations are going to be losing out on more and more talent, and employees are going to be more and more unhappy unless we consciously work to change this by increasing work flexibility in companies everywhere. If there is one organization that ought to understand this, it should be Autism Speaks — an organization dedicated to the “awareness” of a very common and frequently debilitating disability, currently most prevalent in children. Whether or not a court finds Autism Speaks to be guilty of discrimination on the basis of Simone Gregg’s son’s disability, it’s hard to see how this whole case does not constitute an “epic fail” on the part of the management at Autism Speaks.

6 Responses to Autism Speaks Has Spoken