Blaze’s (Not So) Excellent CDC Adventure 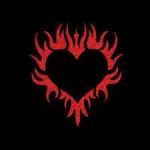 Hey!  Blaze here.  I’m an autism mom.  Before that?  A silly party girl with only the next get-together of like-minded good-for-a-laugh tomfooleries on the calendar (usually those were on all days that end in “y”). But something changed in me when my oldest child got sick.  Life got a WHOLE lot more serious and what I do in this life got a whole lot more important.  Something MORE changed in me when I figured out that what was going on with my son could have possibly been prevented.  The last branch of the vapid tree snapped when I discovered that I was on my own to figure out how to help him…because our government and medical system were failing us.  I jumped into action to figure out how to help him and the last 8 years have been the most crazy, stressful, upsetting and also rewarding years of my life.  My son is doing great, but I decided years ago that autism or no autism, for the rest of my life, whenever I have the chance I will be as loud as I can on the subject of my son and children like him (how about a Revolution?).  And that little promise, my friends, is how this mom ended up at a podium in front of 150 doctors and professionals at the CDC.  We can call it Blaze’s Excellent CDC Adventure.

Almost exactly one year ago, I drove the 4 hours to Atlanta to a meeting called a “Workshop on U.S. Data to Evaluate Changes in the Prevalence of the Autism Spectrum Disorders (ASDs)” at the CDC. (who knows when you will read this, it was 2/1/11)

It was sponsored by the National Center on Birth Defects and Developmental Disabilities, Centers for Disease Control and Prevention (CDC) and Autism Speaks.  In attendance for the panel were the likes of Geri Dawson and Peter Bell from Autism Speaks, Alison Singer of the Autism Science Foundation, Mark Blaxill, author of Age of Autism, Dr. Krista Crider, a geneticist with the CDC, Dr. Jane Charles, Developmental Pediatrician at MUSC, Prisca Chen Marvin, former Chairman of NAAR (National Alliance for Autism Research), Dr. Lisa Croen, director of Kaiser Permanente Autism Research Program, Roy Richard Grinker, professor of Anthropology at George Washington University, Dr. William McMahon, Chairman of the Psychiatry Dept. at University of Utah, and many other touted experts in psychiatry, epidemiology, and psychiatric epidemiology.  Oh, and let’s not forget Wolf Dunaway.  A federal employee who has a diagnosis of autism.  We’ll get to him later.

I felt compelled to attend and also to speak during the time allotted for “Open Comment”.

The first half of the day was filled with speakers from the CDC giving their take on autism prevalence.  They still are using the 1 in 110 number, a count of 8 year olds in the year 2000.  Yes.  Eleven years ago. This is the last time the CDC tried to figure out how many American children are affected (although rumor has it that we might be getting some new numbers in April in honor of Awareness Month).  Even though the name of the meeting was “Workshop on U.S. Data to Evaluate Changes in the Prevalence of the Autism Spectrum Disorders (ASDs)”, there was no new information since the year 2000 (again, this is written is 2012).  Such subjects were discussed as: What might be influencing temporal patterns in prevalence?  What do we know about genes that are involved?  What do parental age, economic and education status of the parents have to do with autism prevalence?  What other risk factors might be involved?  What does US Dept. of Education think about all this?  What can we learn from the analytic methodologies used in cancer, asthma, or schizophrenia?  The answers to those questions???…We don’t know!!!, not a whole lot!!!, probably nothing!!!, who knows!?!. To say it was enlightening…well, it was…but not in a good way.  When it came time, half way through the day, for the public comment section, I was agitated, and my other autism mom friends who came to speak were as well.  No urgency, no new answers, none of the desperation that we as Thinking Moms are feeling.

When it came my time to stand in front of this cast of characters that are “experts” in autism, this is what I said:

“Hello.  I am the mother of a 10-year-old son diagnosed with autism, encephalopathy, and heavy metal toxicity.  I also work as a Patient and Family Advocate for Autism Spectrum Disorders for a South Georgia pediatrician.

What drove me to come here today is this:  My son was diagnosed with autism over 7 years ago.  And it is the same at the pediatrician’s office for a family who gets a diagnosis today as it was when my son was diagnosed way back then.  Pediatricians send you to Speech and Occupational Therapy…and that’s IT.  And THAT is UNACCEPTABLE.  (This is when I looked up, 10 feet away from, and right into the eyes of, Geri Dawson, head of science at Autism Speaks).

That being said, I would like to share what I have seen and learned over the years.

On the subject of prevalence, I would like to point out that in the last 10-15 years in my small town, all you would have to do is take a look at the Autism therapists and specialists hired within our school system, the special autism classrooms created, and the fact that a pediatrician felt the need to hire an advocate for ASD patients to believe in a real and terrifying increase.  I wonder if a pediatrician has EVER hired an advocate for any special need or disease, like measles?  I can’t say I’ve ever heard of that. (This is when I looked up to see Alison Singer turned away from me, legs crossed toward the back of the room while she played around with her phone).

In the last 3 years I have taken patient/family history on 300 families.

On the subject of what I see in my office, I’d like to say that the studies you have referred to today do not apply to my patients.  A running theme of older fathers, more educated parents, or children born less than a year after their older siblings is NOT what I see.  But here is what I DO see in our patients:

1)  Military children vaccinated (the word vaccine or any derivative of, was never murmured in this meeting until the mothers stood to speak at public comment) repeatedly because their records do not follow them fast enough

2)  Premies and sick newborns being vaccinated

3)  And the biggest running theme:  family histories of autoimmune and bipolar diseases.

Which begs the point that vaccine court is paying for those with “health issues” and “autism”.  Maybe these children I work with (and my son) are in that group of sick kids with “autism like symptoms” and really do not have “autism” at all.  But regardless of labels…

On the subject of my son…

Most vaccines are contraindicated for those with immune system issues.  So I would like to point out that it is irresponsible to jump into vaccination with newborn babies when the status of the immune system and mitochondrial function are unknown.  My son’s grandmothers both have lupus.  One grandmother also has a seizure disorder and was recently given the shingles vaccine with neurological damage as a result.  My sister spent a week in the hospital after MMR at age 7.  If our son’s first pediatrician had taken into account our family history and held off vaccinating until the status of my son’s immune system were more clear, then I  believe 100% that I would not have been dealing with autism all of these years.

In conclusion, I suggest:

A sticker on the outside of the pediatrician charts denoting an autoimmune family history so that full vaccination does not occur.  I believe this would alleviate the incidence of the sick children coming into my office.

I’d also like to make the point that those who claim their children/patients have been harmed by vaccines are also the ones TREATING those children for vaccine-injury, in large part with much success and sometimes even full recovery from autism.  This phenomenon deserves your attention.

Until studies are done to determine the safety of 5 vaccines in one day for a 2 month old…or comparing the autism rates of vaccinated vs. non-vaccinated children, then there will be thousands upon thousands of autism families who believe vaccines have something to do with their child’s autism.  Thank you.”

Now we can quibble all day about whether you agree with what I said…I had 3 minutes and at the time this is exactly what I wanted to say.  I’ll share what happened during the rest of the day tomorrow…but for now…I want to know, what would you say if you had 3 minutes in front of the CDC and Autism Speaks?

To read Part 2 of Blaze’s (Not So) Excellent CDC Adventure, click HERE

7 Responses to Blaze’s (Not So) Excellent CDC Adventure