According to this press release from Robert F. Kennedy Jr. and Bryan Smith, they have subpoenaed the CDC Whistleblower, Dr. William Thompson, to testify in a court of law about what he knows about research fraud at the CDC, but CDC Director, Thomas Frieden is blocking testimony. The next step is to take CDC to federal court to compel them to allow Thompson’s testimony.

Washington, DC:  The Director of the CDC, Thomas Frieden, has sent a letter blocking CDC whistleblower, Dr. William Thompson, from testifying in a Tennessee court case involving a 16 year old boy who claims his autism is caused by vaccine injuries.

The boy’s attorneys, Bryan Smith and Robert F. Kennedy, Jr., both of Morgan & Morgan, sought to have Dr. Thompson testify to explain his charges that the CDC committed data manipulation in a series of studies that found no link between vaccines and autism. Dr. Thompson has publically stated to Congressman William Posey and others that he and his colleagues in the CDC Vaccine Safety Branch were ordered to commit scientific fraud, destroy evidence and manipulate data to conceal the link between autism and vaccines.

William Acree, Tennessee State Circuit Judge, had ordered the trial extended so that Thompson could be subpoenaed to testify. In a recent letter to the court, Dr. Frieden denied the request to allow Dr. Thompson to testify stating that “Dr. William Thompson’s deposition testimony would not substantially promote the objectives of CDC or HHS.”

Kennedy strongly disagrees. Dr. Thompson co-authored four key CDC studies widely touted to exonerate the MMR and vaccines containing the mercury-based preservative, thimerosal, from causing autism. Thompson is a 19 year veteran at the CDC and formerly a senior vaccine safety scientist at their Immunology Safety Office.  In August 2014, under Federal whistleblower protection, Dr. Thompson revealed that despite CDC’s claims to the contrary, the vaccine safety studies in question demonstrated a causal link between vaccines and autism symptoms.

According to Robert F. Kennedy, Jr., Dr. Thompson’s testimony is critical: “This boy, and thousands of others, lost their cases in the National Vaccine Injury Compensation Program because the CDC and Justice Department submitted fraudulent science wrongly denying the vaccine-autism link.” Smith explained that “Frieden’s denial was a disappointment but not a surprise, since the inescapable implication of Dr. Thompson’s allegation is that the agency altered the science to undermine autism cases worth potentially $1 trillion in compensation ordered by Congress.” The attorneys promised to immediately appeal the CDC’s denial to Federal court.

Background on the Lawsuit

The Omnibus Autism Proceeding (OAP) of the National Vaccine Injury Compensation Program (VICP) resulted in judgments against the more than 5,000 families alleging that childhood vaccines caused their children’s autism, despite the likelihood that more than 500 clear-cut cases had already been compensated and one test case, that of Hannah Poling, was removed from the proceeding and quietly conceded.

The way the 1986 law that created the VICP is worded, vaccine injury cases must go through the VICP first, and only after a judgment is made — no matter how long it takes — can a family file a lawsuit in a real court. In Bruesewitz v. Wyeth, the Supreme Court dashed the hopes of many that justice would finally be done by ruling that vaccines are “unavoidably unsafe,” and therefore, vaccine manufacturers cannot not be sued for the damage their products do.

The one legal avenue that remains open, in an extremely small number of situations, is medical malpractice lawsuits against the doctors. The parents of Yates Hazlehurst, now 16, who was the subject of the second test case of the OAP, have managed to keep the case “alive” in Tennesse. And now, for the first time in 30 years, a vaccine injury case is being tried in a court of law. Yates’ attorneys, Bryan Smith and Robert F. Kennedy have subpoenaed a number of key witnesses, including one known as the “CDC Whistleblower,” Dr. William Thompson, senior research scientist at the CDC and an integral part of a number of CDC studies supposedly “debunking” the vaccine/autism link, as well as the subject of the documentary film VaxXed. 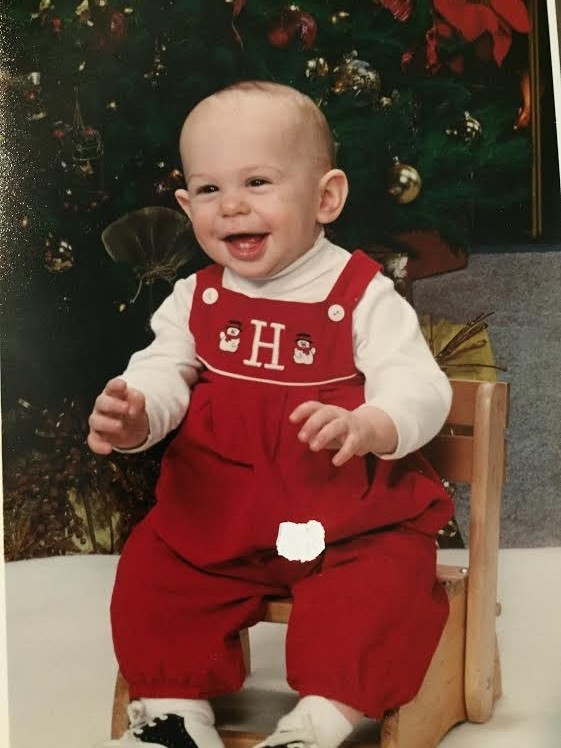 Yates Hazlehurst before his vaccine injury

As a federal employee, Thompson would have to be granted permission by CDC Director Thomas Frieden to testify. As you can see from the press release, Frieden is stonewalling. He is refusing to let Thompson testify.

In Monday’s article in The Hill about the formal complaint filed by 12 senior CDC research scientists alleging that “questionable and unethical practices” which undermine the CDC’s credibility had become the “norm,” CDC spokeswoman Kathy Harben is quoted as saying, “CDC takes seriously its responsibility to comply with the ethics rules, inform employees about them, and take steps to make it right any time we learn that employees aren’t in compliance.”

Let the scientist who has been subpoenaed testify as to  ethics at the CDC. Spare the taxpayers the expense of compelling the testimony they deserve to have.

We at TMR know how vitally important it is to FINALLY get Thompson to testify — on the record — about the crimes being committed at the CDC with respect to autism science.

That’s why we’re asking you to CALL, FAX, or EMAIL — or better yet, all three!

“I believe Dr. William Thompson, also known as the CDC Whistleblower, should be allowed to testify in court, and we taxpayers should not have to bear the cost of the appeal to compel his testimony. Thompson’s knowledge of  vaccine/autism research is unparalleled and extremely relevant. Blocking his testimony would be a perversion of justice.”

The CDC Director reports to the Secretary of Health and Human Services, who in turn is appointed by the President. That means that whoever wins the November election will have a great deal of influence on whether or not Thompson, or any other whistleblower from the CDC, gets to testify at any time.

So we’re also asking you to call the campaign offices of the two main candidates and say,

“What would President (Clinton/Trump) do to make sure that William Thompson, also known as the CDC Whistleblower, gets to testify before Congress or in a court of law with regard to scientific research fraud allegations at the CDC?” 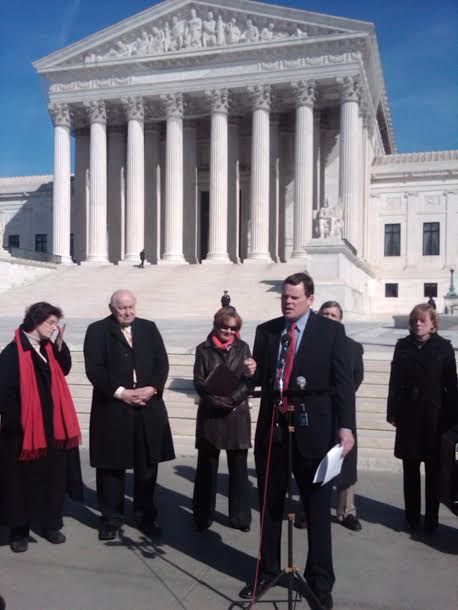 Yates Hazlehurst’s father, Rolf Hazlehurst on the steps of the Supreme Court