Correlation Does Not Equal Causation: DOGS DO NOT CHEW COUCHES!!! 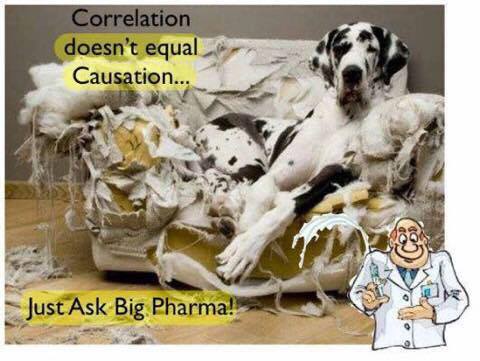 That dog didn’t do that. The chair was made that way.

I think it is just chair genetics!

And one in every 50 homes has a chair like that!

Chair was already like that, you just didn’t notice till the dog came in . . . . Then you blamed the dog!

We can diagnose chairs better nowadays.

Stop fear mongering. Even IF the dog did it, it’s so rare it doesn’t even make the graph.

I have a dog and a chair, and that never happened to me.

Yeah, my WHOLE family has had dogs and chairs for generations. We’re all fine.

I blame Lassie, just another celebrity dog trying to stir up trouble.

The science is settled.

That chair came off the freeway. 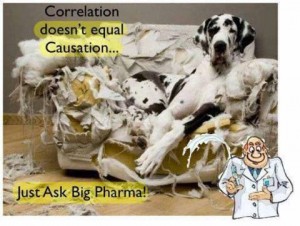 Chairs are 100% safe with chewing dogs.

Maybe if you grew up in a time when dogs didn’t have chairs to sit on, they only had old rugs . . . . It was horrible.

Chewing dogs are 100% safe and efficacious. You need a chewing dog in your home if you want any kind of education.

Dogs don’t chew chairs. The “Veterinarian General” made a statement on TV about this.

We don’t know what caused this, but it definitely wasn’t the dog. It’s settled.

^^^To protect the other furniture.

YOU PEOPLE ARE ANTI-DOG-CHEWS-COUCH people!!!

My own dog sat on my couch the other day, and I then noticed a big rip on the arm rest. I called my vet, but he said that was normal for the couch. Not to worry.

If you medicate them, they won’t chew on chairs.

On my vet’s website, they have this section on how to talk to dog-resistant people.

Dogs have saved MILLIONS of chairs!!!

I don’t want you to move your couch next to mine unless your dog has sat on your couch first.

You anti-chewing dogs are bringing back chewed chairs.

Wouldn’t you rather have a shredded couch than no couch at all?!

Let that dog come over to my house for a week, and there will never be another coincidence again!

The couch was FLAWED during manufacturing, and it just happened to demonstrate this weakness for split seams on the one and only day your dog was in the house for that short period of time.

This chair is perfectly safe with that dog, You are anti-chew.

You anti-chew people are dangerous and are harming innocent chairs, spewing your misinformation and LIES.

Couches have foam. Dalmatians have spots. Let’s save all the furniture. #UpholsterersKnowBest

We all used to have dogs when we were kids. Couches never got destroyed.

There is a new law that requires you to have a dog if you have a couch in your house. That’s a great law. All couch owners should have a dog.

All couch owners WILL have dogs, and if they refuse, they will have to sit on the floor.

Just cuz you saw it doesn’t mean it happened.

You are just one of those anti-dog people. I will unfriend you now . . . .

Yet there is no opting out. You either get that dog or are never allowed in Bob’s Discount Furniture again.

Dog mandates for the entire population! Part of Healthy Furniture 2020

#ChewWed: From Slipcover to Catastrophe

You only bought that couch in the first place because a Playboy bunny told you to!
.
You are not a veterinarian. You have no authority to talk on the subject.

My neighbor is a vet and he told me dogs never do that. You’re an idiot . . . . [Editor’s note: in my experience, this one is usually written “Your an idiot!”]

The amount of teeth the dog has in its mouth could NEVER do that much damage.

I know you said your couch was FINE when you LEFT and now it is all CHEWED up and that it happened when the dog was alone in the house. I appreciate your video that clearly demonstrates that your couch was fine when you left and the video of it trashed now, but I am the expert in Reupholstering and the SCIENCE is CLEAR: Couches are SAFE in the presence of dogs home alone and our brand of upholstery is EFFECTIVE in dissuading dogs from chewing on our couches. Thank you for the funny video though. Don’t forget to make your next appointment to confirm the integrity of our upholstery, and pay on the way out!

That doesn’t prove the dog chewed the couch. You are a loon!

You’re just desperate to blame that dog for the damage caused by your poor housekeeping.

You most likely dropped some dog treats in the seams of the couch and this resulted in undue interest in what might be beneath the cushions, and we don’t guarantee our product then.

We are so lucky to have dogs in this country. Look at what happens in countries where they don’t have any.

You wouldn’t be complaining about a couch like that if you lived in a third-world country. You would be pleading for Bill Gates to provide you with damaged furniture.

Get your damn dog!

That dog movie they wanted to show at the Tribeca festival, that’s an anti-dog movie. I am so glad the veterinarian community came together to support the science against this nonsense.

ChewedTruth.org has extrapolated the data! We know dogs cause chewed couches.

The CDC (Center for Damaged Couches) just released a report that the amount of couch damage has leveled off for the first time in history, yet we still have dogs on couches. ‘Can’t be the dogs . . . .

Remember that Danish study? Even though Great Danes weren’t allowed on couches anymore, they still noticed a continued increase in couch damage . . . .

They are phasing out “flame-resistant” materials. Couches are safer than ever.

I’m a *furniture* salesperson. Where’d you learn about couches, Google U?

We now have a whistleblower at the CENTER FOR CHEWED COUCH CONTROL!!

The dog didn’t know he was being recorded. Is that even legal?!

How many couches and their families have suffered??

Brazilian couches have recently reported a number of missing pillows. Now there is this alley cat called Zika that has been spotted in the neighborhood, and they suspect he’s the one who’s been stealing those pillows. (No one saw him do it though.) I am so glad they are now breeding a new kind of dog that will be trained to keep that Zika cat away. All couches will soon be required to own that dog. Save the pillows!

There are too many couches in the world anyway. Who cares?

One in a million. It’s for the Greater Good of couches.

I bet you still believe the earth is flat.

You cannot sue the upholstery manufacturer.

HearThisWell: Dogs do NOT chew couches.

Don’t be afraid of the big words on the couch labels.

If you had read the couch label, you would have known it says, “Dogs may chew couch cushions. And those dogs will then tell other dogs to chew their couch cushions for 28 days.”

Yeah, but the label says that only one in a million dogs will chew a couch.

If you had spread the dog’s access to furniture over time — say in five-minute single intervals, perhaps the couch would’ve been better prepared.

It’s unethical! Nevermind that there are thousands of shredded couches all over the country. (Often in clusters.) How can we put more furniture at risk?!

We took all the teeth out of the dogs out of an abundance of caution and the rate of shredded couches continues to climb.
You people are never satisfied!

Although the dog probably didn’t eat the couch maybe if you concentrate on all the couches that were saved by dogs you can find peace.

21 Responses to Correlation Does Not Equal Causation: DOGS DO NOT CHEW COUCHES!!!