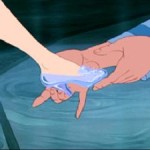 “Mommie, can you buy me some glass slippers?” I replied, “Why, honey?” My daughter said, “Cause I want to be like Cinderella!”

When I was around thirteen years old, I remember sitting up in this huge tree and reading Harlequin Romances.  I would sit up there and fantasize about the man I would someday meet.  The man who would fulfill my dreams.  I also thought about all the children I would someday have.  I dreamt especially about having a little boy with dark hair and light olive skin.  I desperately wanted to have a family of my own.

I had my first son when I was twenty four years old. I was a young mother and inexperienced. Although my son got constant ear infections and we had to take him to the ER several times with high fevers, we managed well and he turned out good.

At age twenty eight I was working as an assistant manager at a retail store in the mall.  I would see all the moms stroll by my windows with their new babies.  My manager was also newly pregnant. So you know what they say?  Pregnancy is contagious!  I spoke to my husband that I was ready to have another baby.  It was a rash decision, looking back.  We were both working, bringing home good money and my career was taking off, but still I felt this urge to have a newborn again!

The pregnancy went well and my son was born in February of 2002.  We soon moved to California and we began to get a series of vaccinations recommended by his doctor.  Before his shots at 15 months old, I had been reluctant to go get them.  I don’t know if it was God telling me to wait or what, but I wasn’t in a hurry. My son was doing well–he was walking, talking, smiling and eating well.  But despite my reluctant attitude about getting his vaccines, I did anyway, because I felt pressured by family members.

My son got a total of 8 vaccines that day in his chubby little thighs.  He received the MMR, DTaP, HIB and Chickenpox.  I had no knowledge of vaccines–I didn’t know that the MMR was a 3-in-1 vaccine, same as the DTaP.  I didn’t really know that my son could regress after vaccination.  Who really thinks that something bad is going to happen to your child? They say get “this and that” to keep your child safe, so you get it thinking you are doing the right thing.

I basically lived in a bubble until then.  People who are supposed to warn you don’t really warn you, do they?  I mean the doctor puts these papers in your hands, but they don’t look you square in the eye and grab you by the shoulder and say, “Look, vaccines can be really dangerous.  They can cause adverse reactions, brain inflammation, immune system problems, gut damage and much more.  I want you to know that you can delay these vaccines or space them out.  You can also go home and do some research before you decide.”

Thankfully now people are more aware and are asking questions.  More doctors are listening and accommodating the parents wishes about spacing out vaccines or about delaying them. But the numbers are still going up because despite all the “Awareness” there is still not enough “Action.”

On May 17, 2003, I blindly vaccinated. I had never even heard of autism.  When I went back to the doctor on July 18, 2006, I told them my son was still not talking.  I asked about autism and I told them I didn’t know if he had it, and the doctors assistant didn’t say anything about vaccines.  She proposed that maybe he was a late talker and proceeded to vaccinate my son even further.

My heart sinks just thinking about that day because if I had known at the time that there was a possible link I would have stopped it.  My son regressed further, he received 8 more vaccines that day.  He began to flap his hands and began to show more signs of autism.

Thankfully one day I was watching Oprah and Jenny McCarthy was on.  When she was talking, a sudden light went on!  That’s it!  He has autism!  Finally, I had an answer!  He wasn’t a late talker!  He had autism!

So my journey began.  From that day forward I became proactive in helping my son recover from two vaccine injuries and we haven’t stopped.  My son used to have an ATEC score in the high 90s– he is now at a 55!  Every gain is a blessing!  Some people say, “Just leave him alone. Accept who he is!” but my son couldn’t dress himself before, or use the potty on his own, use a fork, wave hi, point his finger, look us in the eye, understand what we were saying, hug on his own, smile, and much more.  Through bio-medical research I’ve learned that there is a lot of medical issues that have to be addressed so my son can progress and heal.

My son is pre-verbal now, he can say some syllables and a couple of words. More importantly his quality of life has improved and our lives are getting easier. I have full assurance that my son will be recovered enough someday to live a good life–and that is more then enough for me!

Through this process I have made some great friends in the autism community.  I go to them for everything. They hold me up, give me advice, empathize with me and tell me, “I’ve been there!” What more can I ask?

I do desperately hold on to my faith in God and He sustains me.

Without Him, I couldn’t get through one day.

Every one of these kids are precious and beautiful! They deserve a good life!

Never give up hope! 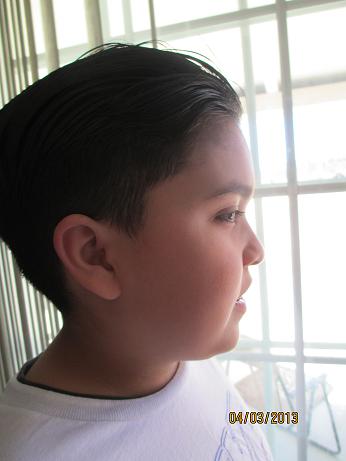 Jaelyn Grace lives in Southern California with her husband of 17 years and her four children.  She enjoys reading, writing, social networking, photography and gardening. She is passionate about God, her family and autism research.