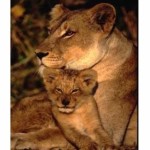 “M-o-o-o-o-mmmmmm, Adam does NOT have autism.”  I said to my mom on the phone.  What does she know anyway? I said to myself.  After I hung up, though, I thought about it. I knew my son was having difficulties, but autism? No, it can’t be.  I let the unpleasant thought go and went about my business.

As I think back to all the red flags staring me in the face before Adam’s diagnosis, I cringe.  Why didn’t I let the truth sink in?  As a first time mom, I knew my sweet boy was different than the other kids at the park, but I was too afraid of what that meant.  If I had just faced my fear and done some Internet research, I would have known about his autism earlier and spared my family and more importantly, my son, a lot of pain and suffering.

Oh DENIAL is a train I rode for far too long.  It is such a powerful force.  Month by month, I saw things that bothered me, but I was like a deer in headlights, too scared to act.  No one had ever mentioned autism to me as a possibility until my mom.  All I knew about it was what I had heard Jenny McCarthy say on Oprah.  He couldn’t possibly have autism because he had great eye contact with my husband and me and was very affectionate with us. Oh, how wrong I was!

Here are the clues that I missed along the way: 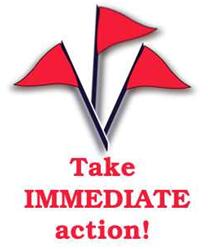 Things he didn’t do:

One of the biggest things that stands out in my mind is the day we were in the sandpit at the playground.  Adam was 18 months and I had brought a pail and shovel to play in the sand.  I shoveled the sand into the pail then gave him the shovel.  He let it drop to the floor and looked like he had no idea what to do with it.  I asked myself, “What am I doing wrong?  The other moms do that and their kids get it.  What is going on?”  I was deeply disturbed by this, but I was also terrified by what that might mean.  I still wasn’t thinking autism, but I was thinking something was seriously wrong.

By age two, there was no denying Adam was off course.  We waited until we moved to Malaysia to see a specialist.  The developmental pediatrician gave us a self-test for autism.  What I saw scared me so much. I was looking for any glimmer of hope.  Unfortunately, the doctor said she saw “red flags” for autism but did not diagnose him with it.  I should have realized this was pretty much the same thing, but I was grasping at straws and naively thought it meant he did not have autism.  So when she suggested I give Adam the Hepatitis B vaccine that he did not have at birth, I agreed.  I did not know then that vaccines only act as toxins in an unhealthy child. Oh why do doctors continue to inject vaccines into kids who clearly have a compromised immune system?!!!?

Of all the things I regret, and I regret many, there are three that stand out.

Regret # 3: My sweet boy with mild/moderate autism went to moderate/severe after that Hepatitis B shot.  He developed a fever and was always crying after that shot.  He cried more than his newborn sister!  In the next few months, he would lose all his muscle tone and tan color in his skin, develop dark circles under his eyes, become too fatigued to play and basically stop growing.

Regret #2: I allowed the nurse practitioner at my ob/gyn’s office to convince me to get two flu shots while Adam was in utero.  When asked if I wanted the flu vaccine, my immediate response was no.  But after a five-minute tirade of why it was so important, I gave in.  The first shot was during the first trimester and within two weeks, I developed a horrific sinus infection and could barely hear out of one ear and was very congested in the other.  I tried to ride it out without drugs, but it was so painful I went to the doctor.  I was told I had to treat it with an antibiotic z-pack.  When I asked if this would harm my baby, I was ASSURED it was perfectly safe.  Doctors failed me once again.  The second flu shot was given five days before his birth and I went home thinking, ” Man, I wish I hadn’t done that!” UGH!  Every autism specialist I have seen for Adam believes those flu shots were probably what started Adam’s slope into autism.

Regret # 1: Not acting sooner.  I knew something was wrong but did not investigate what it was. I let fear and denial guide me to my son’s detriment.  Even when my own mother was telling me the truth, I refused to see it or hear it, because I was so frightened of what that meant.  There is no roadmap for treating autism.  We moms, dads, and caregivers are left in the wind to figure it out.  Doctors are denying their role in this; the government is turning a blind eye to it for big money.  This is an EPIDEMIC of horrific proportions.  We are complacent as a society because the easiest thing to do is nothing.  It was easier for me to deny what was going on with my sweet boy rather than seek the truth.  The hard, painful truth was almost too much for me to bear but something I needed to do in order to help my precious boy.

So what finally made me see, realize the painful truth that my charming, loving Adam was a victim to autism? It was a wonderfully sweet, wise woman in Adam’s daycare in Malaysia.  Every few days when I came to drop off or pick up Adam, she would tell me of other parents who did not see how their children were different.  This child was hitting people, not paying attention.  Another was speaking but was not on par with other children. She gave many examples but never said anything about Adam.  I often went home thinking, yeah some people just don’t see.  But after awhile I started wondering, “Why is she telling me this?”  Between my mother’s insistences, the “red flags” discussion and this sweet woman whispering in my ear, I finally woke up.  I went in one morning and asked her why she was saying these things to me.  “Are you trying to tell me something about Adam?”  “Yes'” she replied, “I believe he has autism.”  I was heart-broken, scared and defeated.  I cried for two weeks straight but then I went into action.

I enrolled him in an ABA school, dove into a gf/cf diet and read and researched like a mad woman. I may have been like an ostrich with her head stuck in the sand about Adam’s autism, but once I realized the problem, I have searched under every nook and cranny to look for his way out. 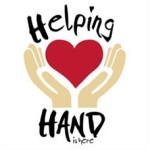 I gave myself the name “Lioness” because I will not ever stop hunting for ways to help my little angel.  I am also fiercely protective of him and can be one mean mama if I see something I don’t like.

As embarrassing as it is to reveal my failures, not seeing for a year what was in front of me,I write this as a cautionary tale.  Reach out, talk to people, and ask questions.  There are many hands ready and willing to help.

* About the author – I am a proud mother of Adam, age 5, who is recovering from autism and a precocious almost 3-year-old daughter.  I have wandered many places since my 20s and currently call San Diego home –yeah.  You may find me enjoying a Zumba class, researching, or commenting on Facebook. My biggest hope, besides complete recovery for my son, is for society to wake up and act to help our precious children.