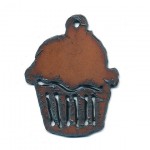 I’m not a great Catholic.  I’m not even a good one, but when I had my second child, I decided I should start going to mass again.  I wanted my children to at least have a foundation in something and Catholicism was what I knew.  As they grew, I reasoned, they could decide for themselves what they believed.  I took my then two year old and nine month old to mass almost every Sunday.  I struggled with my decision.  It was a misplaced struggle of conscience that rightfully belonged with my decision to vaccinate–not with religion.  I was soon to get a PDD/NOS diagnosis for my baby who descended into autism rapidly somewhere between her 15-month shots and her second birthday.   She was always behind developmentally even before that, but the final descent occurred during that period.

I was already hanging by a thread to my beliefs, just as my daughter clung by a thread to normalcy.  I had always loved God, and Mary too.  I had sought comfort in them whether I attended church or not.  I was devastated by my daughter’s diagnosis and I was angry…so angry, I quit praying.  I turned my back.  I refused to talk to God or Mary.  I had been good all my life.  I never drank.  I never touched a drug of any kind.  I never smoked. I got good grades.  I never got into trouble at school or otherwise.  I was the kid that stayed on the straight and narrow – always.  These were not hollow efforts.  That’s who I was and still am, yet this tragedy struck.  Well, you can imagine the obvious, almost obligatory, tear-filled and enraged questions that poured out of my heart following that diagnosis.  I gave up completely on God as I felt He had given up on me and my child.

Four years later, the birth of my fourth child brought tremendous grief.  My autistic child, now six and with four years of biomedical intervention under her belt wasn’t really any better.   Crippling anxiety and depression took hold of me so firmly that I couldn’t bounce back.  I tried to pull myself out of it.  Let me tell you– nothing worked.  NOTHING!  In my desperation, I shyly reached for God.   Slowly, I believe, God pulled me out.  I felt connections everywhere that I could fill another post with.  Again my brilliant (cough) mind kicked in.  Mankind did this to my daughter… not God.  He may have allowed it (ouch), but he certainly didn’t will it (sigh).  These were semantics that I eventually abandoned, but it got me through for a long time.  Later I realized, He can fix this.  He chooses not to.  He could’ve prevented this.  He chose not to.  These days, I find little difference between Him allowing this to happen and Him willing it.  It troubles me.

Despite my renewed connection, still grasping at straws, I consulted a psychic.  I read Tolle, Virtue, Chopra, Dyer, Eldon Taylor…the list goes on. I have read nearly every guru this side of nothing and they all fall flat.   Everywhere, I see platitudes and beautiful destinations of mind but there is not a map among them. I finally braved a post on my favorite guru’s page (not listed above) and was shocked when I got a response as she very rarely answers anyone.  She replied, “****, “God loves your child.”  At first I cried.  Of course, how silly of me, of course He loves my child.  I was relieved.  Next I thought, what kind of answer is that?  God loves the Shit who stole my credit card number too.  He loves extortionists, child molesters, and murderers!  Finally I realized, God loving my child is the only answer.  It is the only answer for so many reasons that again would fill another post.

I would like to write for you a wonderfully uplifting ending –one in which I make peace with my child’s autism and I am happily wallowing in God, not sorrow. Or better yet, one in which God has led me to cure her.  She is now approaching her 11th birthday, and while she has improved a little, she still falls squarely into the severe category.  There have been no miracles here except, thankfully, that thread between God and me has been repaired.  I still struggle almost daily. I yell at God.  I would kick him if I could, imagining my blow glancing off and dissipating in the wind.  Wake up, Big Guy!!!  HELP ME OUT HERE!!!!  I suspect He is helping me more than I know because if I am to be honest, there have been many wonderful things in my life, just not the recovery of my daughter from severe autism.   So I continue to give Him a little Sharpay Evans, “I WANT MORE!  I WANT FABULOUS!!!” complete with stamping of foot and screaming of mouth.

My whole self envies people who can throw themselves into their faith so completely that their fears disappear.  They trust.  They know He has a better plan.  Me, I just want my child back.  I don’t care about His plans.  She is tangibly in front of me.  His plans are not.  I want her whole.  I want her safe.  I want her with me where she belongs.  And so I yank on my thread – Hi God, remember me? – and I pray…. 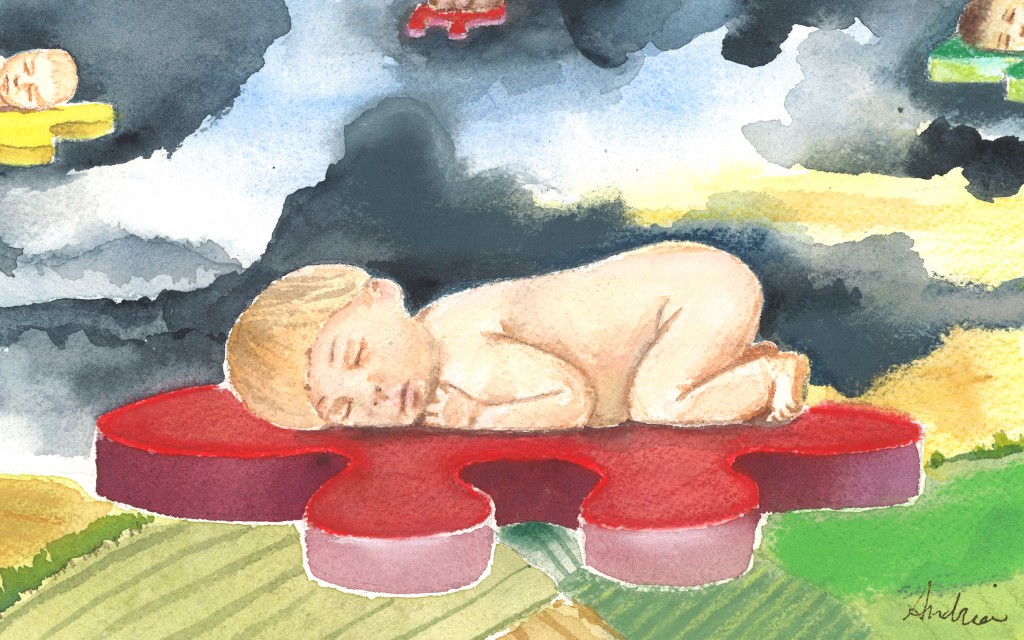 *Artwork used with the permission of Studio A and A

39 Responses to Featured Guest Blog: Hanging By A Thread