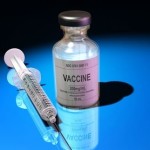 Hello. My name is Dawn Loughborough and I am the mother of three great children, two who suffered adverse vaccine events. I am here today representing independent researchers, physicians and academics who work in the best interest of the public health who have raised concerns about the safety and health outcomes associated with the national vaccination program.

I thank the NVAC Chairman Orenstein for holding public comment sessions and appreciate your time. I began advocating for this in 1998 because I learned of issues with the vaccinations from family and friends in the military who experienced Gulf War Syndrome and problems with Anthrax vaccine and was told about the 1976 Flu shot and Guillain-Barre Syndrome… Then with my own children’s experiences and next with community and society level concerns.

I am a parent who experienced tremendous push back from physicians when I raised concerns about vaccines in the 1990s. It turns out my children would be good candidates for prescreening both metabolically and genetically and I respectfully challenge the agency to pursue innovative prescreening to identify the children who may experience adverse events related to their childhood immunizations. In light of the new strategies for adults I request this of adults as well.

Every day I receive calls and messages from these parents with vaccine-impaired children. These range from stories of children slumping over in their high chairs or back arching with high pitched screams on the same day as their inoculations, being told by their pediatricians that it is normal for children to have seizures… being told they have to give their child the HepB vaccine day one in the hospital or they will call in Child Protective Services and take their child away… being told that their grown healthy daughter’s death was not caused by Gardasil even though everything changed following the vaccine… Children with Asthma following vaccines that contain toxins that are known to lead to lung inflammation… Being told that Guillain-Barre Syndrome was caused by the flu shot from a nurse and then denied option for compensation because it was not on the vaccine table… Parents losing all their money, their homes, their second income because of Autism medical treatments and now, sadly, parents with PTSD-like symptoms reportedly killing their vaccine injured children with regressive autism, drowning one in the bathtub; drugging and stabbing another to death.

The problems are not fixed and the fallout continues. These concerned parents and researchers are heroic in the care, the research, the public advocacy, the formation of new organizations, and the raising concerns with the government and general population. They feel the government is co-opted by industry and turns its back to any raised concerns.

The vaccine injury compensation program has wandered from its original intent as described in the 1986 Childhood Immunization Act and needs reform. There are parents who are suffering under the weight as their children who are victims of adverse events from their vaccines are waiting 6, 7, 8 years to go through the vaccine compensation program. There are thousands who were turned away from the omnibus proceedings based on test cases that were inconsistent in the way they were examined and processed.

There is a case that went to the U.S. Supreme Court that should be reversed because it denies the ability to sue a manufacturer for design defects. There are still serious toxins in vaccines which we know through hundreds of peer reviewed studies and should be reviewed so innovative solutions can improve.

One example, is that of Thimerosal. Dr. Brian Hooker, researcher and father of an affected child, nine years ago asked the question: “How does the CDC study vaccine safety?” He started requesting the reports and research through FOIA requests. Sometimes he was delayed years and years before getting the documents only to find them heavily redacted. Probably one of his most important discoveries was in the 2010 Price Study which showed a significant uptake in regressive autism potential based upon the amount of Thimerosal in the Influenza Shot given to pregnant women. He was willing to testify before congress last year at the Oversight and Government Reform Hearing on Autism but was not allowed to and whether that was based upon political uncertainty, egos of other organizations wanting to speak, or possibly concerning lobbying activities, we may never know, but it would not have mattered because ultimately Dr. Hooker’s efforts are about CDC malfeasance in research and THAT is very serious and people in our government are not willing to address it. In 2012, Dr. Hooker and I went to congress and called for the immediate removal of Thimerosal from all vaccines.

I ask NVAC again today to remove Thimerosal from all vaccines. Even though we have learned over the years that vaccines have issues such as with SV-40 leading to soft tissue cancers, HiB causing Type 1 Juvenile Diabetes, Thimerosal causing damage leading to autism, H1N1 leading to Guillain-Barre Syndrome, MMR encephalopathy leading to regressive autism, Pertussis vaccine waning and allowing children who are vaccinated to get whooping cough – But what else do we need to learn and find out and how can we do that when we don’t acknowledge what is happening for fear that people will stop vaccinating?

The failure to address the integrity of the program has led to mistrust and questioning of this current approach to health management. Parents are spending millions of dollars out of pocket, losing their homes, struggling to keep their marriages together, turning to alcohol and drugs themselves because the strife is so enormous in raising children who are vaccine damaged.

Our physicians who testify in the NVICP are met with hard knocks as well… one described to me how he had 4 pediatric specialists confirm bowel disease in a child with autism only to have special masters reverse the decision based on a government adult gastroenterologist who had never examined the child nor knew of the child’s illness.

Another case called me this week to say their undecided case has been in the program for 7 years. Another case, same thing, plus they have spent $1.5M on care for the child…NVAC owes an unfulfilled duty to these injured as congressionally mandated and as a moral duty. Dr Verstraaten circulated through the CDC that there was a problem with mercury levels in Thimerosal in the children’s vaccines that led to regressive autism. That same amount or more is administered via the attenuated influenza vaccines yet pregnant mothers are not told of the risks, and it just looks really bad to the public to find out later that their children’s lives were forever altered following their vaccines.

These are our fallen.

Until the integrity is restored…

Until a vaccinated versus voluntary unvaccinated study is conducted…

Until Thimerosal is removed…

We must be very careful not to ruin generations of children and vulnerable populations. In Japan and India the Gardasil vaccine has been placed on hold due to safety. This keeps the public trust to take these measures. It is every family’s right to raise healthy children. “Healthy People” may not need vaccines like Gardasil. We want the government to consider public transparency in vaccine safety. The world is calling for better. Make this new possibility available to the public and take very good care of the ones who are damaged and in the compensation program. Be generous and show love and compassion for our children. This has to start now.

In today’s remarks from Thomas Frieden, MD, CDC, Director, he stated: “…in regard to growing vaccination resistance, what is needed is better data… to complete urgently needed studies of safer, more effective vaccines.”

I echo this and would add that what is needed is integrity and public transparency. Public resistance is spreading. We need to manage all of it appropriately: infectious disease not leading to chronic disease.