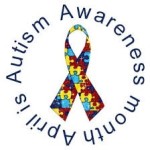 Last April I was angry.  I wanted to abstain from Facebook until Autism “Awareness” Month was over. I was so frustrated because I felt like we needed action, not awareness.   I felt that everyone already knew what autism was.  I mean, if they didn’t, they must be living under a rock, right?

One of the things I realized, though, was that the average individual doesn’t really know anything about autism.  They do not live it.   As parents we experience its effects all day, every day.  Our close friends and family may “get it,” but the average individual doesn’t have a clue what stimming means, or what hand flapping or sensory issues are, or that, according to the National Autism Association, 49% of individuals with autism wander.

This year during Autism Awareness Month instead of feeling angry, I’m doing something proactive.  I’ve shared an autism-related fact each day, and will continue to throughout the month.  Some of these facts are very simple and basic, but the responses I have received, both on my Facebook wall and privately, are overwhelming!

People who are not yet affected by autism are asking questions because they truly don’t understand, but they want to. I’m trying to make positive change in my community.

Here are some examples of practical information I have shared this month:

Autism Action Month, Day One:  If your child has two or more of these signs contact your local county/state Early Intervention Program. They will complete a free evaluation to see if your child qualifies for the program.  Early Intervention (EI) employs therapists that will come to your home and work with your child up to the age of three.  Just because your child has some signs and receives early intervention doesn’t mean your child definitely has autism, so don’t be scared to have the evaluation done.  My son who was diagnosed with autism had EI from age two to three, but so did my daughter.   She was a late talker, and, because of my son’s situation, we didn’t want to take any chances.  She had EI for a year, and she is now developmentally on track.

Autism Action Month, Day Three: STIMMING is something that many children with autism do. Have you ever seen a child rock back and forth, spin wheels on a toy car for hours at a time, flap his hands, make an unusual repetitive noise or hum relentlessly?  Those are stims – short for self-stimulatory behavior.  A child might stim to counteract an overwhelming sensory environment.  It helps to calm him down, or it simply just feels good.  When my son was first diagnosed he would often hand flap, and he constantly wrapped a string perfectly around his finger for long periods of time. After we began treating him medically, he stopped playing with the string, and has not played with it at all in the last two years.  He now only hand flaps when he gets overexcited.

Autism Action Month, Day Six:  According to the National Autism Association, 49% of individuals with autism wander.  There were a horrific number of deaths last year that involved wandering, mostly due to drowning (which is the number one cause of death in children with autism). When people read this they often wonder why.  A large percentage of children with autism don’t understand consequences.  These deaths can be prevented in many cases.  Many states have a program called Project Lifesaver run through the local sheriff’s office.  Project Lifesaver provides a bracelet monitor for your child so that if the child wanders, he can be tracked quickly with GPS, saving critical minutes when in life or death situations.  To see if Project Lifesaver is available in your area, click here. 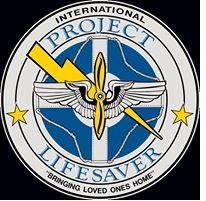 I know this month can be frustrating for those of us who live with autism’s effects every day, and of course we want real action in terms of public policy, but never give up – keep spreading awareness.   Your words are so powerful, and people want to listen and want to learn!