Feminism Is About More Than a Glass Ceiling 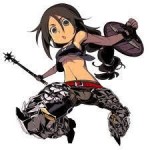 Gloria Steinem, 81-year-old feminist icon and co-founder of Ms. Magazine, appeared on Real Time with Bill Maher to discuss her new book and, during the course of the interview, stated that younger millenial women are more enthusiastic about the male Democratic candidate running for President rather than the female candidate because they want to “meet boys.”

What a shocking and flippant statement to make, insinuating that younger women are unable to make a political decision based on their own belief systems and that they are not driven to activism by their own desires and feelings of wanting to make a difference in society and our corrupt political system. Nope, they’re only there to meet boys, and maybe, just maybe, to catch a husband. This was an incredibly condescending statement, and I’m actually surprised that it came from her lips. 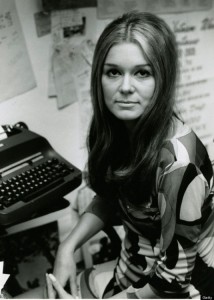 Gloria Steinem as a young woman

I’ve struggled with the definition of “feminism” in today’s culture. I’m part of the generation that is sandwiched between the Old Guard and the New Guard, smack dab in between the Pioneers and the Millennials. I have mad respect for the Pioneers, but it seems they are really missing the broader perspective on this. Millennials are not just vapid Kylie Jenner Instagram followers trying to garner favor with the opposite sex. They are young women who have been raised to question the political, social, and economic injustices that are happening every day, but unlike many who came before them, they have the confidence to act on it and speak out. They are the generation of technology and social media. They grew up knowing they have a platform, good or bad, to be able to express themselves and their opinions. Information is much more easily accessible these days, allowing them to do their own research and formulate their own opinions. This younger generation has seen that the game is rigged, and it’s certainly not in their favor. They can see through empty promises designed to woo them simply for a political vote. I’m proud to see that, for the most part, these young women are empathetic and nurturing individuals who are embracing those aspects of being a woman. Being successful in life doesn’t have to mean adopting more traditionally masculine traits and values in order to break through that glass ceiling and die with the most toys. These kids are following their passions and have the confidence to do it. For that I admire them. Ms. Steinem should embrace them and admire them too, instead of mocking them.

Speaking for myself, I came in late to the advocacy game. Growing up, I did what I was told (being educated in Catholic schools) and never felt comfortable enough to question the system, even when I had problems with it. I went to college and got a good job. I got that “title” at work and made a good salary. I had all my boxes checked. I had achieved the American Dream, and I felt satisfied with that. Until I had a child who was injured by a system that was meant to protect him. At that moment, I stopped feeling intimidated and started questioning. I saw firsthand how the divide wasn’t so much between the two genders, it was a divide between the haves and the have-nots. The 1-percenters have been able to shape policy for their own economic benefit, at the expense of the bottom 99%.

As a mom, I’ve often felt very marginalized talking about children’s health and environmental issues, two things I am very passionate about. I get the condescending, “Oh, you’re just a mom, what do you possibly know?” I’ve struggled to have my voice heard because of this discrimination.

Over the past 10 years of being involved in advocacy work, I’ve seen regular, everyday parents move mountains when it comes to their children and effect real positive changes. I’ve seen organizations being created and “moms” taking on lobbyists in state legislatures across the country to fight for the right to make medical decisions for their own children. Parents fighting school districts for services and being railroaded at every turn. Yet, they perservered against a system that has become more and more about income inequality than gender inequality. Look at the mess we currently have in Flint, Michigan, one of the more economically depressed areas of Michigan. Erin Brockovitch was very vocal over a year ago about the water crisis in Flint, and it fell on deaf ears. The political powers in charge were trying to hide any and all evidence of the toxic water testing, and it worked for awhile until the absolute injustice of it could no longer be ignored. 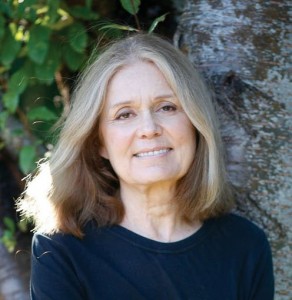 The narrow blinders of “feminism” have tended to champion just the corporate women climbing their way up the ladder to achieve CEO status or the women who subscribe to the same ideology as Ms. Steinem. What about the women who are fighting in the trenches every day against income inequality, racial bigotry and religious intolerance? Has the feminist movement excluded them from the conversation? Instead of praising women who are brave enough to be whistleblowers against corruption, Ms. Steinem has decided to whine about those who do not support a particular woman running for President simply because she has a vagina.

It’s disheartening to see the Pioneers behave this way. We should be at the point where all women should be supported whether they choose the corporate route, the motherhood route, or somewhere in between. We should be celebrating our femininity and embracing the characteristics that make us uniquely feminine, not downplaying them as some sort of liability. Women are driving social, political, and economic change more than ever
before. Instead of division, we need to stand strong against the real evils of society trying to drive us all apart.

If Ms. Steinem is not ready for this type of feminism, I suggest she hand in her V card now.

6 Responses to Feminism Is About More Than a Glass Ceiling