I have been wrestling with forgiveness lately.  There are so many people I could be angry with!  Pediatricians, the government, pharma, Bill Gates, the CDC, etc., are all wonderful candidates for my wrath.  To be honest, though, I think that the anger I feel towards those people/agencies is rational and even acceptable.  If you have read any of my previous posts, you likely know that I am a Christian first and foremost.  So, when I am wrestling with something, I look to God to help me deal with it and understand it.  In the Bible you see that Jesus himself got angry.  It was a righteous anger; it was when He confronted the moneychangers who had infiltrated the temple, and turned it into “a den of thieves.”  I think that the anger I feel toward pharma and the medical system is similar to the anger that He felt.  I think it’s a righteous anger.  In fact, I think it is the normal, natural response to the situation we are in today. I also think that it can be useful.  We can use our anger to speak out about what is happening in our world and hopefully keep it from happening to other kids. We can use our anger to spring us into action.  Our anger can potentially change what is happening.   I honestly don’t see any possible way to forgive those who are harming our kids until they ADMIT what they are doing and STOP DOING IT.

No, the anger that I feel toward “the system” is not my biggest problem.  My problem is the one person that I hold the most responsible for my son’s illness:  MYSELF.  The anger and contempt I feel toward myself is unlike anything I have ever dealt with before.  I am not angry at myself because I didn’t know not to vaccinate at the beginning of my son’s life.  I am angry because I didn’t see what was happening to him as autism set in and began to take root and grow deeper with each set of shots.

Oh , NOW I can see it.  All I have to do is look through my son’s baby 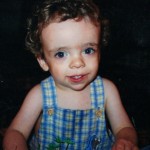 pictures. Instead of bringing me joy, they bring me great pain.  I see how attentive he was back then, how he looked and smiled at the camera when he was 18 months old (something he lost and still doesn’t do now at age 10), and just how much more “with us” he was. His regression was much slower than a lot of kids; it wasn’t an overnight loss of skills, but rather things disappearing rather gradually, and language that just would not progress at all, even though he said his first words at around 10 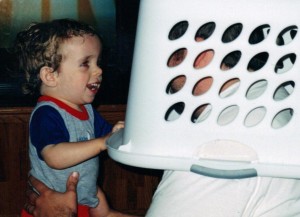 months old.  It wasn’t until he was five years old that his behaviors turned violent; he changed from my sweet, compliant little boy to a self-injurer.  So, when I look back at his pictures, I see “before self-injury” and “after self-injury,” and I kick myself repeatedly for what I didn’t know then, and how I continued to vaccinate him year after year.  Why didn’t I know?  How could I be so blind? If I had stopped vaccinating him, he would be so much better by now. Look what I did to him!  It’s all MY fault!

I’d been struggling with that for a while, when the Professor’s blog post came up last month about her infant son’s birth and subsequent death.  It was these paragraphs that really spoke to me:

“I have come to believe that what seemed like a failure of intuition was not really a failure at all. I received messages; they just weren’t messages I could act upon. And I think that’s because there wasn’t anything I could do about what was to come. This is my own personal belief, but I think there are certain challenges that are determined ahead of time — whether we ourselves determine them, or God, or fate, or providence, or whatever you want to call it. There are some things where the outcome is already determined and, no matter what you do to try to change them, they will still happen.

The true test of a parent is how you handle these challenges. Make no mistake: they can break you if you let them. Or you can accept what has happened, pick yourself up, and look for ways you can change the future. I’m not going to kid you; it could be the hardest thing you’ll ever have to do. But it could also be the most important.”

That really spoke to me.  This is the lesson that I need to learn.  I have to accept that what happened, happened.  Why I didn’t see it, I don’t know.  But as a person who believes in God, I know that if He had wanted me to know, I would have known.  He would have gotten the message across earlier.  Instead, we are here, at this point, and I have to believe it is for a reason.  There is a reason why my son is going through what he is going through.  There is a reason why I am going through what I am going through.  I do believe there is a purpose.  I may not understand it all right now, but there is a purpose.  That doesn’t make what happened to my son right, and I will never stop trying to keep it from happening to other kids.  But it is what it is, and it happened the way it happened, and I cannot go back and change it.  I can only move forward, and try to make things better for my son.

Last week, a good friend of mine, who is the mom of a very healthy young son, told me something I thought was very wise. She said to me, “I think awareness trickles, and that is how awareness grows…. We impact the people that cross our path and let God illuminate what he wants seen.” That was an amazing statement to me.  That was how I finally became aware of what was going on.  Awareness trickled in slowly; it didn’t suddenly hit me like a ton of bricks.  It trickled in until I was ready and able to accept the truth.  I wasn’t able to accept the truth until the exact moment I accepted it. I think that is how we should expect others to come to awareness as well.  In our quest to educate the public, we can keep speaking loudly and strongly.  They probably won’t all of a sudden believe us, but we can let it trickle and hope and pray that, eventually, the truth will get through to them. 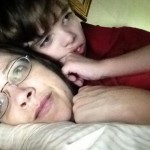 I think, for me, forgiving myself will work much the same way.  Just as awareness came trickling in for me, perhaps little by little, forgiveness will come the same way.  In the meantime, whenever I start to feel angry with myself, I need to recognize that unlike the anger I have for the medical community, there is nothing useful about beating myself up about my past failures.  In fact, it is only a barrier to recovery – my son’s and my own.  I hope that one day I will be able to completely forgive myself and let it all go.

This entry was posted in B.K. TMR, Blogs by Thinking Moms' Revolution and tagged autism, forgiveness. Bookmark the permalink.

13 Responses to Forgiveness and Stuff