Another Piece of the Puzzle?

We’re always hearing about how autism is a puzzle. “They” don’t know what causes it or what treatments are most effective. If you listen to what “they” say, you would believe that there is nothing that can be done to help your child. But a number of pieces of the puzzle have been worked out by parents and researchers that have received little to no publicity. Partly because there are many people who would be making far less money if those pieces were publicized, and there are powerful forces in play trying to make sure that doesn’t happen. I don’t let those people stop me from looking for answers, though. There is far too much at stake. So today I’m writing about another piece of the puzzle that has fallen into place for me in recent weeks.

There is one technique that I’ve noticed is used by practitioners of both Son-Rise and Floortime: imitation. The therapist (often a parent) imitates whatever it is that the autistic child happens to be doing – even if it is what is known as a “stim.” In Son-Rise they call this “joining.” Many parents balk at this, saying they feel awkward or they just can’t understand how it could be helpful for them to do what the child is doing when they want to get the child to stop doing it in the first place. And, yet, the technique seems to work — and work brilliantly. According to Raun Kaufman of the Autism Treatment Center, “Joining establishes, often for the very first time, a real connection between a child and his or her parent or facilitator. We see time and time again with the thousands of families with whom we work that when children with autism or PDD are joined, they begin to look at us more, pay more attention to us, and even initiate interaction with us. And as these children move toward deeper and deeper engagement, they perform their repetitive behaviors less.”

In my own experience, I tried something similar with my son when he was approximately two years old and was having tremendous difficulty learning to speak. He was in his car seat in the back of the car and began making noises. I copied his noises as precisely as I could. He was delighted and began making them in order for me to copy. After a while he began to vary the noises to see if I would continue to copy him. I did. We kept that exchange up for quite a while, and eventually he was able to copy me when I changed the noises!  I can’t tell you how excited I was, because he had never imitated me in anything speech-related before.  I think this experience was instrumental in some of the speech breakthroughs that followed.

Me? I’m all for anything that works. And I’ll use a technique if it works, even if I don’t understand the underlying mechanism that makes it work. But the scientist in me always has to ask the question why? If it works, why does it work? So I’m always on the lookout for answers.

I met occupational therapist Michelle Coletti at a meet-and-greet/book signing with Ken Siri and Tony Lyons at Emerge and See Education Center in New York City. That night she mentioned a concept I had never heard before: “mirror neurons.” She sent me to her website Waters Edge Healing where she’d posted three papers that she’d written on the subject. Three Italian researchers started researching the neurological function of the brain using electrodes attached to monkeys’ brains. They discovered that the same “motor neurons” that fired when the monkey was actually doing a task were also fired when the monkey watched someone else (human or monkey) doing the same task.

They further discovered that those neurons were crucial for the act of imitation. If the neurons fire while you are watching someone do something, you can use them to produce the same movements. If they do not fire, you cannot. What happens if there is something wrong with those neurons and they don’t fire in response to a stimulus? You have trouble with imitation. If you are looking at someone doing something and your mirror neurons are not firing, you will not be able to imitate that activity. This is true even if the “something” is a facial expression. If you smile at someone with dysfunctional mirror neurons, that someone is unlikely to smile back. And, as Tanya Chartrand and John Bargh discovered, if you don’t imitate someone’s expression — even if it’s just internally by the firing of your mirror neurons — you are unlikely to empathize with them. The firing of the mirror neurons takes place before your awareness of your own emotional state. If the neurons don’t fire, your limbic system (the emotional center of your brain) is not activated, and empathy is lacking.

Marcella Piper-Terry posted an article, Paul Offit is Right! Autism is About the Synapse… and Dendritic Immunity, on her website, Vaxtruth.org a while back. In it, she discussed a recent Nobel-Prize-winning biologist, Ralph Steinman, who had discovered the role of dendritic cells in immune system function. Dendrites are the branchy-looking structures surrounding the body of nerve cells, a.k.a. neurons. A 1998 article written by Steinman and Banchereau states that “Dendritic cells in the periphery capture and process antigens, express lymphoctye co-stimulatory molecules, migrate to lymphoid organs and secrete cytokines to initiate immune responses.  They not only activate lymphocytes, they also tolerize T cells to antigens that are innate to the body (self-antigens), thereby minimizing autoimmune reactions.”

We know (well, at least most of the readers of this blog will know) that autoimmune disorders run rampant in the autism community. Many, if not most, children with autism have at least one parent with asthma, allergies, rheumatoid arthritis, lupus, fibromyalgia, etc., or some combination of them. And autoimmune disorders, in general, are on the rise in this country. Is the breakdown of dendritic cells to blame, at least in part, for this rise in autoimmune disorders? 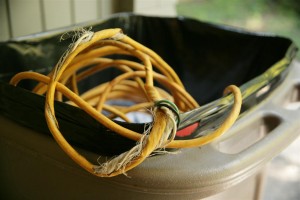 If the function of mirror neurons, dendritic cells, is impaired in people with autism, how did it get that way? Neurons are connected by axons that carry signals from neuron to neuron. The axons are covered by a myelin sheath. When the sheath breaks down and the axons are no longer doing their job of connecting neuron to neuron, there is a breakdown in the processing of sensory information and you get visual processing disorder, auditory processing disorder, and/or sensory processing disorder. (The electrical engineer in me pictures this as a frayed electrical cord. When the wire coating is nicked and worn, the electrical conduction is spotty, you might get a flow of electricity, but you might not.)  Many people use vitamin B12 and fish oil supplements, and one of the reasons why is that both are important for healthy myelin and, therefore, crucial for carrying signals from nerve cell to nerve cell.

Another way mirror neurons can be impaired is by contact with mercury. Marcella’s article contains a link to a dramatic demonstration of what happens to a nerve cell in the presence of mercury. Burbacher, in his study “Comparison of Blood and Brain Mercury Levels in Infant Monkeys Exposed to Methyl Mercury or Vaccines Containing Thimerosal,” shows that ethyl mercury is slower to leave the brain than the blood, and more likely to convert to inorganic mercury (which has a much longer half-life) than methyl mercury is. Methyl mercury is a well-known powerful toxin. What do you suppose happens to neurons in the brain when ethyl mercury gets in there and stays? Three guesses, and the first two don’t count. (One of the theories for why so many more boys seem to be affected by autism and other neurological disorders than girls is that “testosterone potentiates mercury toxicity, whereas estrogen is protective.” (Mark and David Geier))

If you are unable to view the video of damage to nerve cells, please click here.

So how do you repair the brain when this sort of damage has occurred? You can give supplements that help to restore fraying myelin, but you can’t fix dead neurons. What you may be able to do is to use the plasticity of the brain to “remap” the brain. If one pathway is damaged and unusable, you create connections that build another pathway. Anat Baniel’s book Kids Beyond Limits explains her methods for remapping damaged brains and building connections that allow people to function in ways they never thought they might.

Essentially, she starts with what is already working for a particular child and gets that child to pay particular attention to what he or she’s doing, building bit by bit upon what he or she already knows. With every new sensation felt, muscle moved, question answered, new connections are built in the brain, and a new map is created replacing the old, damaged map.

One terrific way to get a child to awareness of where they are already is to join in enthusiastically in what he or she is doing but keeping at a comfortable distance to begin with. It seems likely to me that the motor neurons that are working well enough to create the movement that the child knows how to do are stimulated additionally by watching the parent or therapist do the same thing. I don’t know whether it helps the function of the neurons that are working already or they create connections to other neurons that take on the mirror functions that have been missing, but one of the things that people have found when they imitate their children is that, after a while, the child’s attention changes and the child can begin imitating the parent, usually in tiny – but very significant – ways to begin with. Suddenly, the child’s brain is learning in a whole new way. 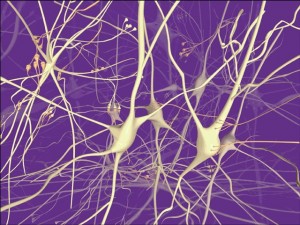 I’ve heard many people say, “There is no cure for autism.” And perhaps, they are right — to an extent. It is likely that all children with autism have some impairment in the function of their neurological systems. And it is possible, at least in some cases, that you cannot “fix” the areas of the brain that are impaired. However, as science has shown time and again, the brain is very plastic and there have been many times when people have been able to learn to do something that they “should not” have been able to do, because they were able to rewire their brains by recruiting neurons that do work to do the work of the neurons that don’t.

There have been a number of spectacular recovery stories that I’ve noticed many people working hard to dismiss, as if the very fact that they don’t go the way “most” cases go means that they don’t count. I don’t understand that kind of thinking. As far as I’m concerned, I want to understand everything about what has worked to recover children with autism. You can’t put all the pieces of the puzzle — any puzzle — together by dismissing the ones that don’t fit with your preconceived notions. The only way you can get the whole picture is by looking closely at those outlying, oddly-shaped pieces, and developing a theory that encompasses them.

29 Responses to Another Piece of the Puzzle?