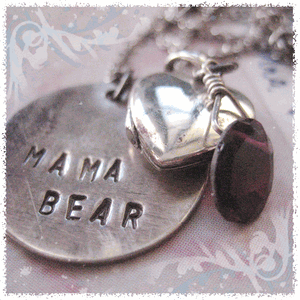 The steps leading up to the public school door entrance seemed eternal.  My son was clenching my hand.  This would be new and difficult for both of us.  When Nicky was aging out of his Developmental Preschool class, I anxiously waited to hear what his last evaluation had determined.  They decided that with continued support and speech 2-3 times a week, he could enter a self-contained classroom within the public school system.  My older children were already attending and they were excited to have their little brother join them.  I on the other hand was a wreck.  Will he get the help he needs?  Will they be sensitive to his dietary needs?  Will they call me if he seems “off”?  Every emotion, every painful stare, every rude remark that I had heard over the years was flooding my body.

“He’s weird mommy.”  “Why doesn’t he play with us? He’s not nice.”  “Why does he do that?” “He’s too big to play with those toys. He’s a baby.” “He screams. I don’t like him.” These are just some of the comments, we as parents of a special needs children encounter. Don’t get me wrong.  I GET IT.  Kids don’t understand and if their parents don’t educate them about how to treat those who may do things a little differently, well…this is what we get. I spent all my time trying to shelter my son from this pain. What I didn’t realize was that I had started to internalize it all. I was soaking it up for him and putting it away somewhere deep in my heart…in my soul. I always said that I would pull him out of his little world. I would help him come forward and the empty stare would disappear. Somewhere along the way I lost a part of myself. If I couldn’t get him out, then I’d join him within. I’d never let him be alone.

When Nicky was a baby I had more friends than I knew what to do with. My two older kids had attended preschool, played sports, went on play dates and went to every playground within a 15 mile radius.  I met many parents along the way and felt very comfortable sharing stories about laundry, our husbands and the occasional great sale going on at the supermarket.  All seemed well.  I thought we shared a common bond……a mother’s love.  I couldn’t have been more wrong.

As Nicky’s delays became more obvious, I began seeing people back off.  They began to pull their children off to the side and whisper in their ears. They greeted me with sterile gestures and stopped asking about my day.  When Nicky would do something they deemed as “weird”, they would either look in sheer disgust or with pity.  The parents who did not know about his diagnosis were the ones who usually made comments like, “She has no control over that child. He’s such a brat”. The ones who were aware of our situation would say, “Poor little guy.  Such a shame he’s the way he is.”  Even as I write this I could scream. SCREAM!!!!!!  He is my son!!!!  He is not a waste of time!!!!!  He is a blessing!!!!  I love him just the way he is!!!!!  Stop feeling sorry for him and just be our friend!!!!!  All of these things fell on deaf ears.  I realized that the same people who had once grabbed my hand and giggled with me in agreement about unimportant things, were the same people who wanted nothing to do with my now “broken” family.  I went into mama bear mode and was always one step ahead of Nicky.  I became the weirdo.  I became antisocial.  I became sheltered.

Over the course of the next few years, I had managed to maintain very few REAL friendships, but the ones who stuck around, were all I needed. They were there to pick me up off the floor on my worst days and were there to hug me and share tears of joy. I had figured out who my real friends were and I swore to myself that I would help support any mom who felt alone like I had.

When a friend of mine posted the word “autism” on her Facebook page, I knew I had to reach out to her.  We talked.  We cried.  We made a plan.  She is brilliant, insightful and a serious go-getter.  There is no stopping her.  She will fight until her last breath.  I admire her so much.  We spoke more and more frequently and she introduced to me to a group of moms….and a dad, who were sharing information, support and the common goal to heal our children.  I had found my safe haven.  I had found the friends I wanted all those years. I found people who not only could relate to how I felt but also bring a new perspective to how to deal with the everyday trials and tribulations.  THEY pulled ME out of my little world.  Now that I’m back and soaking up the sunshine, I can focus on my son again.  Not sheltering and pulling him away from the world, but rather introducing us as strong, capable people who have so much to offer.  We are invincible!!!!

I reached the top step of the elementary school and looked at my little boy. “Are you ready, baby?” I asked. “I’m ready, mommy,” he replied.

This entry was posted in Back To School Special, Blogs by Thinking Moms' Revolution, Get Inspired, Mama Bear TMR. Bookmark the permalink.

11 Responses to Friend or Foe?