I live in Brooklyn, New York. You know, one of those states that got pounded by Hurricane Sandy. My favorite grocery store was flooded long before the peak of the “storm surge” that did so much damage. And I’ve been studying my little heart out for a certification exam that I did not get to take last Friday, because there was no easy way to cross the river into Manhattan. So I’m not in the best of moods at the moment, and, consequently, not feeling much like writing. I like writing when I feel “fired up.” Not only do I not feel “fired up,” one could say that I feel “dragged down.” Which is probably why the topic on my mind is one that “drags down” more of my special-needs parent friends than almost any other: the heartbreak of watching people they care about go through virtually the same experiences, despite the warnings they have received. 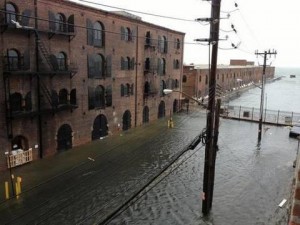 If you’ve been reading this blog for any length of time, you know that my friends the Thinking Moms are very generous people. They are generous with their hearts, their time, and — perhaps most of all — their stories. And sometimes it seems like every other day one of them reports a story of some friend or relative who either just “got the diagnosis” or will get one as soon as the evaluation is complete. Now that would be difficult for any friend or loved one to hear, but it can be downright heartbreaking for these warriors. Why? For the simple reason that they are “out there” on the front lines sharing their stories – difficult as it is – every day just so that other families will not have to go through the same things they’ve been through. (Reading that statement back, it occurs to me yet again that I am an understater: “Difficult”?  Hah!  Try “gut-wrenching,” or “insanity-inducing”!)  And these people didn’t listen. The George Santayana quote, “Those who cannot remember the past are condemned to repeat it,” is as true when it comes to the development of autism as it is to every other type of event in history.

We’ve heard all kinds of reasons. “My doctor said it’s very safe.”  “The ER resident said the febrile seizures had nothing to do with his shots.” “My doctor says autism is genetic.” “That doctor in England was disgraced.” When it comes down to it, these people simply didn’t believe us. Why didn’t they believe us? People don’t believe us because they don’t want to believe us. Not because they’ve done investigation of their own — most haven’t done anything beyond reading the mainstream news or asking their pediatrician a question or two. Not because we’re not telling the truth. Not because we’re wild-eyed, hysterical crazies. These people are our family and friends. They know us. They know we’re intelligent, educated, loving, and capable human beings, and still they don’t believe us. That’s a bitter pill to swallow. If they don’t believe us, who will?

Until it happens to them. And then – suddenly – they are!

Unfortunately in one respect, the number of people whose eyes have been opened is growing by leaps and bounds. I say unfortunately because the main reason  is that there are now so very many sick children. A 2010 survey said that one in four parents now believe that vaccines cause autism. Despite the steady stream of misinformation in the mainstream press (see “Critical Thinking 101” ), people — large numbers of people — are starting to pay attention.  Most have not felt strongly enough to defy their pediatricians when they get stroppy or strident, but many have postponed vaccines until their children are older than the CDC-recommended age. Many are denying the more obviously useless vaccines (see “Birth of a Warrior” ), and many are confessing that they suspect the U.S. vaccine schedule of being overloaded and unsafe for children. (Heck, even staunch vaccine supporters will admit they have doubts about that one!) My friends and I get frequent requests for information on how to obtain philosophical or religious exemptions from vaccination. All in all, huge progress and something to cheer about. The paradigm is shifting.

That’s the good news. The bad news is that this shift is going to take a while, and it’s going to be uncomfortable for people. So they’re going to be grumpy. And they’re going to blame the messenger, because that’s what people do when they’re grumpy and they get bad news. And, yep, you guessed it: The “messenger” is us. 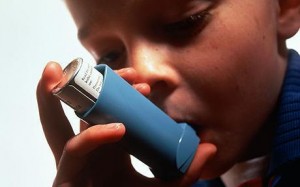 Personally, I believe that what we are doing here is extremely important, that changing the prevailing health paradigm is one of the most important issues of our time. This country must address its dismal failures with regard to the health of its most vulnerable citizens — and soon  — or we are going to lose everything that we have come to expect as Americans. Already 43% of our children face chronic illness, more than 50% if you count obesity — and you really should. We’re losing ground on life expectancy. Most seniors are on dangerous combinations of prescription drugs, and almost half of Americans 85 and older show signs of Alzheimer’s. Nearly two percent of 12-year-old boys are on the autism spectrum. Not even the biggest champion of neurodiversity could challenge the fact that if that number continues to grow like it has been (and — please — can we all stop pretending that it’s “unclear” whether or not the rise is real or it’s due to “better diagnosis? Ask any teacher with more than ten years experience:  The rise is all-too-frighteningly real), it’s going to cost this country more than it can afford in therapies, supplements, drugs, lost manpower, and lost income in future years. 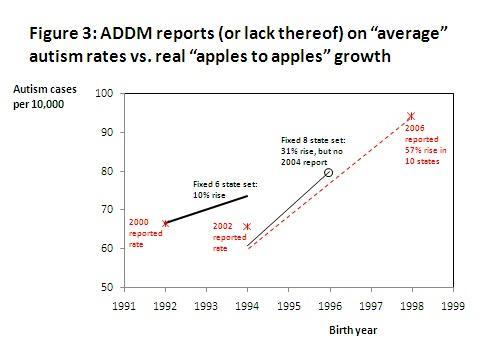 So how do you stay “up” for the fight of your life when your heart is being broken on a seemingly daily basis? First off, you do what we do. You share your despair with like-minded beings who know how hard it is to be “out there.” Secondly, you remind yourself whenever you can of the success stories, the signs that minds are changing. And if you can’t remember, that’s one of those things those like-minded beings tend to be really good at reminding you. When you have to, you take a break from dealing with rabid vaccine apologists on mainstream media stories that you know have gotten it all wrong because you went and read the study that the story was based on.

And you report every story you can find of someone who listened and whose child is now recovered or nearly recovered, or better yet, never even got sick. I’ll be honest with you: We here at the Thinking Moms live for those stories. They keep us going. You should see the sobfest that goes on behind the scenes in our Facebook group when someone posts one. That’s when we know what we’re doing is important and that we’re going to win. But it’s going to be a long haul, and we’re going to need every bit of help we can get.

So… do us all a favor! Help us keep energized to keep fighting. Give us your best success story in the comments. I guarantee you, you will make more than one person’s day. And you’ll give us the injection of energy and enthusiasm we need to keep going.

47 Responses to Heartbroken in Brooklyn