How The Zimmerman Report Affects Us All 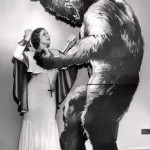 Four days have passed since the congressional hearings.

What was called a national emergency, an epidemic, in the hallowed halls of Congress on November 29th, 2012, has received nary a sound byte from the mainstream media.

In that time, hundreds more children have been injected with live and dead viruses.  Hundreds more babies have had their tiny, undeveloped immune systems assaulted with heavy metals and toxic adjuvants.  For them, the inflammatory cascade has just begun.   And like us, it will take their parents years to figure it out.  Many of these children will die.  Their deaths will be called SIDS.  Some of them will get a high fever, diarrhea, a rash, and they will lose their ability to crawl or walk.  For them, it will be called autism.  For the others, the mainstream variation of their illness will put them on the path of chronic inflammatory illness.  Their joints, lungs, bowels and brains labeled defective, their parents encouraged by their doctor, “With medication they will still live happy productive lives.  We see a lot of this these days.”

Please settle in.   I am about to share with you the evidence that demonstrates the medical and scientific genesis of autism by vaccination. Then, I am going to show you how this information has been suppressed by the Department of Health and Human Services (DHHS) and the Department of Justice (DOJ).   In this research, compiled by attorney Rolf Hazlehurst, you are about to see the irrefutable proof of what our community has surmised and asserted for decades.  These documents are not theory or conjecture.  They are FACT.  These are your talking points for your local press outlets.  These are the documents you need to take with you the next time you visit your pediatrician.  These are the attachments you will email your congressmen to DEMAND A SECOND CONGRESSIONAL HEARING ON THE ZIMMERMAN REPORT.

So many suits had been filed in Vaccine Court claiming autism the court could not effectively address each one.  So, instead of reviewing the individual medical records of each child they herded them all into the Omnibus Autism Proceedings.  Various theories were developed asserting the cause of autism. Most of those theories centered specifically around thimerosol and MMR.

Sidenote:  In real courts, precedent is a determining factor in theoretical causation.  Precedent is not permitted in vaccine court.  Meaning, any case that is won is sealed and attorneys are not allowed to review the medical documentation that influenced the award in that case. Vaccine court is not a court, but rather an administrative proceeding that takes place at the DOJ, which is an extension of DHHS.  The same agency tasked with promoting and marketing vaccines to the public.

Of the thousands of petitioners awaiting litigation (more appropriately, processing), a handful of families were chosen to represent all.

Yeah, I know.  What does this have to do with Dr. Zimmerman?

Dr. Zimmerman is one of the most respected pediatric neurologists in the country.  In the first test case, Cedillo vs. HHS, which was processed in June 2007, he was not called to testify, as he had been so many times before.  Instead, his written expert opinion was submitted into evidence.   As Rolf points out in the memo attached, “This would not be permissible in a court of law.”  At the time, Dr. Zimmerman’s written opinion did not support the causal relationship between vaccines and autism.  The Cedillos were denied awards for their daughter’s vaccine injury.

Two months after the Cedillo case was effectively processed out of court, Poling vs. HHS was identified as another test case.  But, it was quietly conceded. Without expert testimony! You can hear the Polings’ take on this turn of events here:

Another two months passed and Hazelhurst vs. HHS was processed. Like the Cedillos, the family of Yates Hazelhurst was denied awards based on the written expert testimony of Dr. Zimmerman.

However, between Cedillo and Hazlehurst, Dr, Zimmerman submitted his REVISED testimony upon investigation of Hannah Poling’s condition.  See Exhibit 3.

“The developing brain is especially vulnerable to mitochondrial dysfunction because of its high metabolic energy demands, and may be critically injured by marginal energy supplied by mitochondria under conditions of stress, such as infections and immune stimulation. Such cellular metabolic injuries in the brain during early childhood typically evolve over time as the child develops and may express themselves as the child grows.  An analogy to this situation is birth injury followed by cerebral palsy (CP).  Patients with CP may develop epilepsy months or years after the brain insult, but the original insult is still the cause of the epilepsy.  This child may improve and make progress developmentally, but then later develop epilepsy or other neurological impairments (e.g. learning disorders).  Thus, the time delay between vaccination, encephalopathy, and seizure onset does not preclude a causal relationship.”

“Thus, the time delay between vaccination, encephalopathy, and seizure onset does not preclude a causal relationship.”

Please read this two-page document in its entirety.  It’s all there.

“Correlation does not equal causation,” the mantra of the mainstream and celebrity doctor communities for the past 10 years, becomes nothing more than an advertisement for cigarette safety with this one document alone.

I get it, but what does this have to do with me?

Do you have a small child with autism?  Had this evidence been permitted to see the light of day, instead of sealed and the contents hidden from the American public, odds are good your child would not have been injected with autism.  If doctors and pediatricians around the country had been made privy to these incredibly important findings, the “autism epidemic” Congress repeatedly referred to last Thursday would have been stopped in its tracks.

But instead, it was covered up.

As DOJ attorney Lynn Ricciardella so very tellingly articulated during oral arguments in the Hazelhurst case, “We’re not even at the stage where it’s medically or scientifically possible.”  She, personally, months before this, sealed the Zimmerman letter that attests to the fact that it is not just possible, it’s probable that vaccines cause autism. “I hold these opinions to a reasonable degree of medical certainty.” Dr. Zimmerman concludes.

Dr. Zimmerman, a respected physician whose expert opinion the vaccine court has routinely relied upon. Until now.

In summation, the DHHS knowingly concealed Dr. Zimmerman’s revised report from the American public, using his old testimony to deny awards to the family of Yates Hazlehurst.  This one act of concealment, resulted in the dismissal of 5,000 plus Omnibus cases and the suppression of medical science that could save the lives of countless children.  They are knowingly harming children on a consistent and continual basis.

Why?  Because they can, friends.  They can.

What am I supposed to do with this information? (Read the documents in their entirety using the links below.)

Share it with everyone you know.  Formally.  Soon, a petition will be circulated asking for your support.  Sign it please.  If you are comfortable talking to the press, call your local newspaper.  If you are not, contact the Thinking Moms and we will help you gain the confidence and talking points you need to make it happen.  Get a room in your local library, invite your neighbors and friends and present this information. If that all seems like too much, WRITE YOUR CONGRESSMAN.  Repeatedly.  Make the commitment to yourself, your child, and our community that this data will not disappear.  Because we won’t let it.  Enough people know.  It is up to us to keep the momentum going.

Yours in ACTION, The Rev

This entry was posted in Blogs by Thinking Moms' Revolution, The Rev TMR and tagged autism, TMR, vaccine, vaccines. Bookmark the permalink.

36 Responses to How The Zimmerman Report Affects Us All