Letters From a Small Island

Hey!  I got a bigger coffee mug.  It’s called a hug mug and it has a Union Jack flag on it because everybody this side of the pond is filled to the brim with patriotic Olympic cheer.  In fact, in my 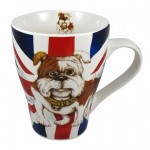 small neighbourhood alone, there seem to be at least half a dozen British bulldogs.  Or it may be the same one, because I tend to find myself having to drive around roundabouts several times while I work out which side of the road I should be on.  At least the locals have stopped screaming as I pass by.  They just sort of roll their eyes and tut at me now. Some things stay the same no matter which side of the Atlantic I’m on.  For example, the other night I switched on the TV in time to catch the opening titles of Two and a Half Men.  Such an intellectual show.  I would sing the title song for you, but I can’t remember the words.

The Brits aren’t nearly as efficient as Americans, though.  Seven years ago, when I moved to the US, my children were enrolled in schools before the plane touched down.  I’ve now been back in the UK for over a month and there is still no sign of a school placement for any of my sons.  The truth is no one seems to know quite what to do with us.  There’s a process for people moving into the district from another part of the country.  There’s a process for people relocating from other parts of Europe.  There is even a process for asylum seekers coming into the country for the firsttime.  However, there doesn’t seem to be a process for repatriation from the USA, which makes me wonder if anybody ever came back before.  And, if not, does that make me a trendsetter or an idiot?  (That was rhetorical.) 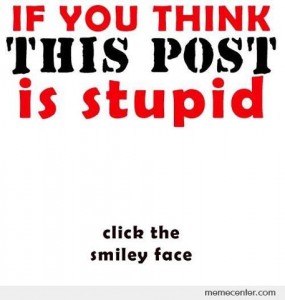 So here are the issues I’m facing….  My youngest son was home schooled for the final two years of his time in America.  Therefore there are no official school records for him.  So, despite having been born, diagnosed and initially assessed here in the UK, the local education authority have struggled to find a box to tick which would allow him into a classroom setting.  Initially it was suggested that he attend mainstream school with his high-functioning twin in the hope that any special need would be identified by the teacher.  Um… Ri is non-verbal and requires 24-hour one- on-one care, so, although it sort of appeals to my sense of gallows humour to actually send him into the local village school to teach them a lesson for even suggesting it, I cannot responsibly allow him to be placed in such a compromising situation.  He has limited self-help skills, no sense of danger, and will mug a 250-pound man for an iPhone in the blink of an eye.   The other night I caught him, absolutely buck naked, attempting to escape from the house via a second floor window.  Imagine what could happen in a typical classroom setting with twenty-nine other children.  The teacher would probably notice her iPhone was missing before she realised he was.

Also, how can Ri attend a mainstream school with his high-functioning twin if there are no places for his twin?  Ciaran has always managed to keep up with his peers in mainstream school with the support of a good teacher and a well-written IEP.  Here he seems to be lost in some sort of grey area .  Either he is autistic and needs to be placed in a special-needs school, or he’s not.  There seems to be some confusion about there being an in between.  When asked to provide supporting evidence of his special needs, I was able to send across the original diagnostic report, only to be informed that it was worthless as it was written four years ago.  Imagine my delight — a local government official telling me that my son’s diagnosis was ‘outdated.’

But excuse me Mrs. Education Department, isn’t autism supposed to be a lifelong affliction?  Haven’t I always been told it’s incurable?  How can you now suggest to me that the original diagnosis is out of date?

And Conor…  The maths genius who can’t hold a pen.  He should be sitting the entrance exam for grammar school, but he has dysgraphia and can’t take the test.  Usually they would make special provisions for children with a statement of special educational needs, but he didn’t need one in the US because he was so brilliantly supported in his 504.  Therefore he would need to be assessed.  Except he can’t be assessed until he’s in school.  And he can’t be in school without taking the test.  What was the name of the dead man in Yossarian’s tent and how did Milo make a profit selling eggs?  Let’s tick another box and move on… 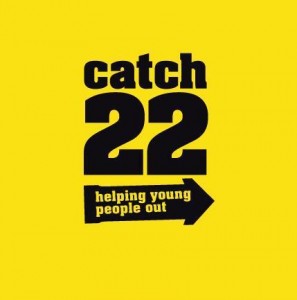 My daughter was surprised to learn that her high school diploma is viewed as the equivalent of five GCSE qualifications and that she will have to study for another two years at high school level before she can apply for a university course.  That basically means she’ll be nearly twenty-one years old before she graduates high school.  The thought of that is enough to drive me to drink, but at least she can carry me home from the pub now.  (The local pub, incidentally, is called The Stumble Inn.  Bloody fantastic name for a pub!  I wonder if it was named for the local education authority.)

When I finally decided the time had come for my children and I to return to the UK, I worried that leaving the US behind would also mean leaving behind TMR and its efforts to impact how our community is forced to experience the world.  In four short weeks, I have been reminded of every reason I had for leaving the UK in the first place.  Nothing has improved.  There is a system of chaos and misunderstanding which adds to the stresses of living with autism in a way that makes me want to curl up in the corner and rock.  It shouldn’t be this way, so… I guess it’s time to introduce the TMR spirit here.  This weekend I shall be attending the Treating Autism UK Conference in London, where I hope to meet other parents who will help me through this maze of bureaucracy… or who would at least be willing to chip in towards my bail.

8 Responses to Letters From a Small Island