Lily is My Friend

My morning started with a jolt.  Christ, it’s 6:45 am… Where are the boys?  My youngest usually wakes me at 4:30 am with a little poke here, and a little poke there.  Damn, this is NOT how to start a Monday!  I’m worried that I’ll wake up to a disaster in the house… SHIT… I didn’t set the alarm!  My luck, I’ll be missing a nine-year-old.  To my surprise, everyone was asleep.  Phew!  Disaster averted.  Maybe this will turn out to be a good day after all!  Ha!  That good ole Irish luck doesn’t quite work that way… 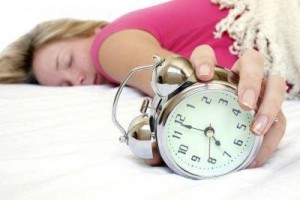 I’d somehow gotten the boys ready, fed, lunches made and was going through emails when an incoming email caught my attention.  It was from A’s teacher.  Hmm, already?  I was wondering what she could possibly be emailing me about this early on a Monday morning.  I’m used to getting early-morning and late-night emails from her, but not this early on a Monday morning.  Maybe I forgot today was a field trip day.  Maybe it was to remind me to bring an allergy-free cupcake so he can help celebrate a classmate’s birthday.  I scrolled up to click on the email and noticed its subject line:  “Heart Breaker.”  Now for those of you that know my son… you’ll know that my mind instantly thought that my nine-year-old lady killer must have acquired a new “girlfriend.”  Well… not really.  Not today at least.  The email was to inform me that A’s teacher will be breaking HIS heart today.  She did include a winky face, but I was a bit nervous after reading her announcement.

The attachment she included was titled, “Lily is My Friend.”  Oh boy, here we go.  My heart sank a little and knew this wasn’t going to be good.  The attachment was a social story for him that explained that he has a lot of friends at school and that Lily is a good friend; she is NOT his girlfriend.  “She is just my friend.  I do not call her my girlfriend.  I can call her my best friend or my friend, but not my girlfriend.”  The next line is what nearly crushed my heart.  I reacted as a mom.  I reacted as a mom to a special-needs kid who witnesses how difficult if not impossible it is for my boy to make friends.  I was afraid of how he’d take it.  Would he understand what that one line meant?  Was I overreacting?  I mean, was that term actually that bad?  I understand he’s in fourth grade and I recall being in fifth grade or so when people started calling each other boyfriend and girlfriend, but is that what we really, truly meant?  The line that had my mind reeling went like this, “If I call Lily my girlfriend, she might feel embarrassed.”

My son really is infatuated with this girl, but so am I.  How could you not be?  She’s cute as a button with her round face, sandy blonde hair and big eyes framed with long thick lashes.  She’s so sweet to everyone and has a smile that lights up a room.  She actually pays attention to A when he talks and seems interested even when he’s scripting lines from some Pixar or Dreamworks production.  We think it’s so sweet that he always asks if she can come on vacation with us, or if she can visit his Nana with him.  For our son to have that much interest in someone is saying something.  I wish he had more friends.  I wish he had a pal or a buddy that he shows as much interest in, but he doesn’t.  Girls are calmer and more predictable than boys, so naturally my son surrounds himself with girls.  It doesn’t hurt that he’s a handsome little devil and has a great personality, but that personality seems to be something girls are interested in and not the boys.  Thinking that Lily may feel embarrassed made me so sad.  For whatever reason, it made me instantly think of someone rejecting him and to think that, of all people, Lily would reject him… Well, it just broke my heart.

The social story went on to talk about how we do not kiss our friends at school.  Oh dear God in heaven!  He must have planted one on her at the end of last week, and she probably went home, mentioned it to her parents and they had a conniption.  Poor Kelsey was probably working on the social story over the weekend and brainstorming on how to deal with this delicate situation.  Perfect timing by the way.  Not only have we been dealing with a major regression and health issues, but this may just blow up, depending on whether we will have to distance him and Lily from each other.  He has one friend and now my mind is racing, thinking that he may be left with nothing. 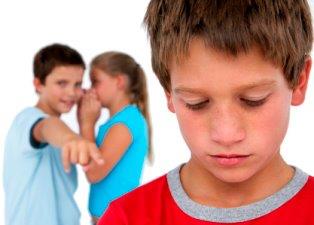 I emailed Kelsey back asking if anything specific happened last week and if she had to do this today.  Mondays are hard enough without something like this.  She assured me that nothing really happened, that she’d just noticed that he’s been introducing her to people as his girlfriend, and that she thought she’d head it off before it started getting complicated.  At this point, he was probably already at school so I left it to her to know how to handle it.  I was definitely a bit distracted at work until I heard back from her on how he took it.

He did just fine and didn’t seem fazed, but I didn’t take it so well.  Our kids grow up so fast.  So damn fast.  As he’s nearing puberty and those preteen years, he’s only going to be exposed to more and more misunderstandings, rejection and heartbreak.  It’s a rite of passage, I understand that, but it’s so much harder when you know your kid doesn’t fully understand.  I can’t protect him from everything, but boy do I want to try!

6 Responses to Lily is My Friend