The Texas 84th legislative session is proving to be a breeding ground for assumption, persecution and discrimination aimed at those who are deeply concerned about vaccine safety. With over a dozen vaccine- and infectious disease-related bills filed in 2015, the fight does not begin and end with exemptions. Citizens are battling to protect their basic civil liberties and to prevent the state government from dangerously overstepping its bounds.

Even as the upcoming Jade Helm 15 military exercises in Central Texas are causing many to be concerned about the possibility of a hostile federal takeover (Texas Republican Congressman Louie Gohmert has alluded to fears of “modern-day martial law”), elected officials under the “pink dome” in Austin are themselves contemplating unwelcome abuses of power at the state level. SB 538, a bill “relating to the control of infectious diseases” that has been dubbed the “Ebola bill,” has been proposed and is touted as a common-sense, necessary measure to address infectious disease outbreaks. But the proposed legislation’s broad and vague language has many groups worried, and for good reason.

The bill would essentially grant the Department of State Health Services police powers by allowing the health agency to inform peace officers who should be “detained” in the event of an outbreak recognized by the Governor to be an “infectious disease emergency.” Did I mention that this detention may be unwarranted? In fact, the bill would not even require probable cause to apprehend someone, merely a “belief” that the individual has been infected with, exposed to, or is a carrier of a communicable disease. Let’s take a look at that standard closely, shall we? “A communicable disease,” not the communicable disease for which the Governor has designated a state of emergency. So if a city is experiencing a true measles outbreak and the state determines that it constitutes an infectious disease emergency, the loose language of SB 538 means that a peace officer can detain a citizen for being suspected of exposure to the flu, even though that disease has not been deemed an emergent threat. Beyond that, who sets the rules for exposure for a specific disease, and what will be the standard for suspecting that someone is worthy of detention? Measles, an airborne virus, can live in an area for up to two hours. If you shop at a grocery store and it is determined later that someone who was infected with measles shopped there an hour before you, will you then be detained? If SB 538 becomes law, it could very well happen.

But what does this bill have to do with immunizations? The Department of State Health Services surveils individuals’ vaccination history through ImmTrac. Though the system is currently opt-in by law, meaning a parent must consent at birth to have their child’s vaccination recorded, it is all too often opt-out in practice; doctors are failing to obtain or verify consent before adding children’s information. The database is also full of faults, as one would expect from a bureaucratic system. My own daughter was fully vaccinated through age four, but her ImmTrac file only shows a single flu shot given in infancy. Plus, bills have been filed each session for the past several legislative cycles to change ImmTrac to a fully opt-out system. One bill, HB 2171, which has so far passed the House in 2015, would extend the cutoff time that records are kept (with or without the express consent of the individual) from age 18 to age 26. SB 538 would not prevent DSHS from using ImmTrac records to decide who could be subject to warrantless detention. 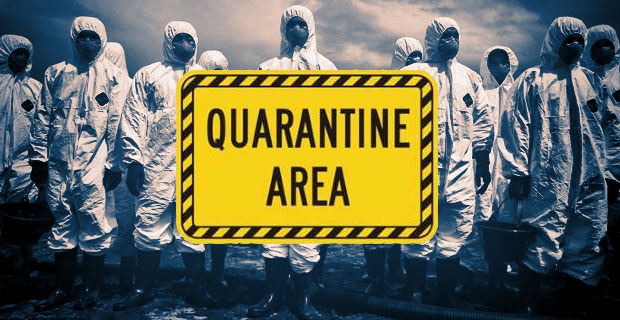 Another troublesome aspect of SB 538 is that current Texas Family Code lists several individuals or categories of people who can legally consent to vaccinations or other routine medical care for a child if the parent or legal guardian is “not available.” Such types of persons with this power to consent are “an adult who . . . under . . . court order may consent” and “an adult having actual care, control, and possession of the child as the child’s primary caregiver.” Considering the fact that SB 538 does not require that family units remain intact, or that a proper parent-designated individual is given temporary care of the child in the event that the parent(s) or legal guardian(s) are detained, the potential for health authorities to vaccinate a child without a parent’s consent or knowledge exists. Exactly how the current statute would be interpreted under the circumstances laid out by SB 538 is great cause for concern.

What was intended to be a logical response to the weaknesses highlighted during the brief Ebola scare in Dallas in 2014 has evolved into a full-blown assault on civil liberties and parental rights. We should not take this threat lightly just because it is being sold as a means to protect the greater good. To paraphrase Representative Jonathan Stickland (R-Bedford), where do we draw the line? What are we willing to sacrifice in the name of public health?  SB 538 will have its final hearing in the House Committee on Public Health this Tuesday May 12. It is imperative that all Texans contact the committee members (contact information available here) to voice opposition to this bill! Let them know that, as a Texan, you expect lawmakers to respect basic civil liberties and human rights, and that there are less intrusive ways to protect the public health during a true infectious disease emergency.