The Privilege of Informed Consent

Posted on May 8, 2014 by Thinking Moms' Revolution

Recently, a friend used a single word to describe the anti-vaccine, green vaccine, safe vaccine schedule movements. The word was — at once — judgmental, pigeonholing, demeaning, and misinformed. The word? “Yuppie-itis.” The argument was that only privileged young Americans have the luxury of opting out for themselves and their children. Declining vaccines is merely a symptom of “affluenza,” so to speak. If we were plopped in the middle of a third-world country, we would find it laughable to question the genius of vaccines.

But is this an accurate assumption? 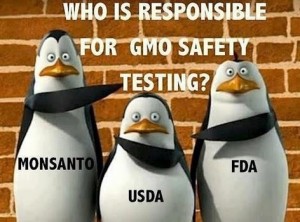 A few months ago, I watched video of a debate on a Canadian news show pitting a teenage food activist against Kevin O’Leary of “Shark Tank” fame. He repeatedly argued that we westerners come from the land of plenty and therefore have no place complaining about GMO crops, which he contended help feed the hungry with their high crop yields. Let’s set aside the fact that he was spewing falsities and focus on what his statements really implied: that people in third world countries deserve to subsist on Frankenfood, and we in the developed world don’t deserve to stand up for labeling or against environmental experimentation with our global food supply.

When I read “yuppie-itis,” I was immediately reminded of this debate, and I feel they are analagous. In India, for example, where wild polio has been a constant disturbance, the public should line up without question to receive their live polio vaccine, the assertion goes. They don’t have the prerogative to think critically, get informed consent, or enjoy other personal freedoms. Dissent is nothing but “yuppie-itis,” after all. The same implication would apply to citizens of Nigeria and other countries where widespread imposed vaccination campaigns are taking place, courtesy of WHO and The Bill and Melinda Gates Foundation.

But mistrust of vaccines is not, and should not be, a privilege only North American folks enjoy. Groups in the Ukraine, Northern Nigeria, Chile, and Pakistan, to name only a few, have mobilized to protest vaccine programs for a number of reasons. It is significant to note that their fears are not dissimilar to our own – discomfort with ingredients, lack of trust in government and/or pharmaceuticals, an outright skepticism of vaccine science, and a desire to avoid unwanted and unadvertised side effects.

Just like in North America, these groups’ demographics cut across wide swaths of the population and include people from low and high socioeconomic status (and everything in between), high school dropouts and PhDs, hippies to professionals.

And why is this, do you suppose? The answers are simple, but among them is not that non-yuppies are just mimicking their more “upwardly mobile” counterparts.

It’s because an innate desire to protect children is not a luxury. It’s because Thinking Parents come in all shapes, sizes, and colors. It’s because, with widespread childhood epidemics of allergies, asthma, eczema, autism, behavioral disorders, developmental delays, diabetes, and autoimmune diseases, everyone from every possible background and country knows a family struggling with a disorder triggered by vaccines or another environmental toxin. It’s because knowledge of superbugs (like parapertussis B) or diseases created by vaccines (VDPV, for example) isn’t exclusive to North Americans. At the end of the day, we haven’t cornered the market on wanting to keep our children naturally healthy. 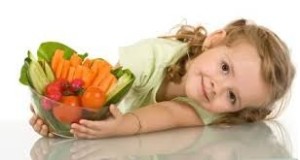 We need to put a stop to this idea that personal freedom is somehow an indulgence only westerners enjoy. We must recognize that precaution, safety, and bodily integrity are basic human rights. Every person deserves the opportunity to shield themselves or their children from harm, in whatever form it appears. No one should be compelled to be a sacrificial lamb in the name of herd immunity or supposed eradication of infectious disease.

Lone Star is a long, not-so-tall Texan with brass balls and a strong will. It’s true about everything being bigger in Texas, including her attitude and her heart.

This entry was posted in Blogs by Thinking Moms' Revolution, Lone Star. Bookmark the permalink.

4 Responses to The Privilege of Informed Consent