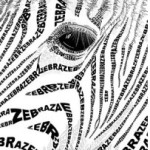 For families dealing with vaccine injury, VAERS may be an all-too-familiar acronym for the Vaccine Adverse Events Reporting System of the FDA. I asked about filing a VAERS report when my son “Negotiator’s” seizures were diagnosed; however, time had lapsed since his previous vaccine, and at the time I couldn’t connect the dots to his “stroke” yet. So my conversation with his pediatrician went nowhere. I was still in denial, accepting that strokes do happen randomly to kids, with seizures being part of that paradigm.

But did you know there is a reporting system less frequently discussed in the parent community called  FAERS (FDA Adverse Event Reporting System) for human drug and non-vaccine biologic products? FAERS is specifically for adverse events involving:

FAERS covers anything ingested, surgically implanted or applied externally except vaccines; thanks to President Reagan, vaccines are “special.” Food-allergy-exposure recall of your General Mills cereal? FAERS. Rash from surgical tape or IVIG? FAERS. Spider in your California grapes? FAERS. Mold in your blusher? FAERS. Insulin or shunt pump stopped working? FAERS is the place to report them all.

I recently filed a FAERS report on my daughter “Crash’s” behalf. I feel better knowing that at least I have shared our experience, which is more than what happened with our first adverse event experience. Fool me once, but not twice. The FDA efficiently emailed me a copy of my report, with the addendum “The FDA may contact you with specific questions about adverse event.” Doubting I would actually hear from the FDA to ask, I wondered how many FAERS reports are submitted? Who gets flagged for contact? Google answered with the beta version of “openFDA” which makes FAERS searchable in the way that VAERS is searchable. 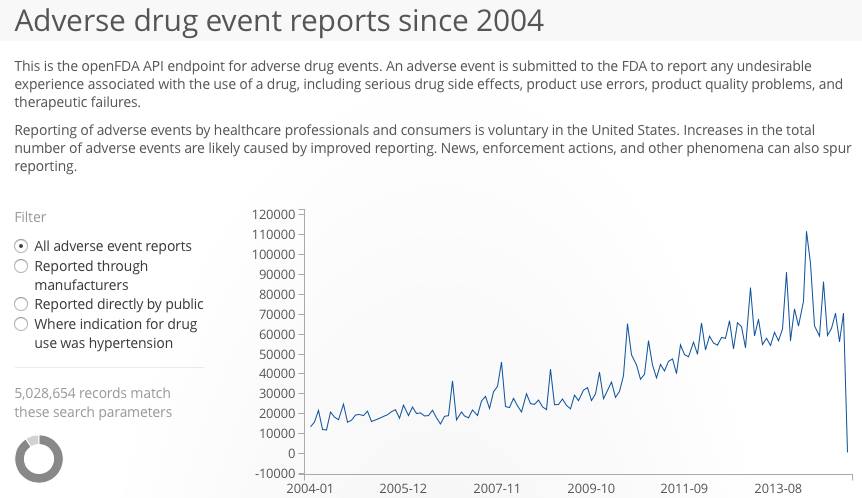 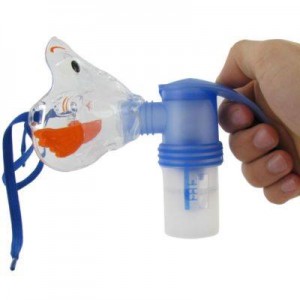 So what happened to make me file a FAERS report? We had a follow-up appointment with our pulmonologist where I filled out paperwork citing recent health changes. We were escorted to a room by a nurse who wheeled in a cart for a pulmonary function test (PFT). Crash has difficulty clearing mucous and secretions due to muscle weakness, necessitating daily maintenance nebulized medication and HFCWO (high-frequency chest wall oscillation) treatment. Crash did her first two PFTs to get an average without issue. Normally, she would be given a rescue medication in inhaler form before doing a third PFT to open airways to their maximum capacity. This time the nurse wanted her to use a “spacer” (chamber that holds aerosolized medicine) with the medication. She doesn’t use one at home, so when given a choice she chose the nebulized medicine instead. She has used the rescue medication in nebulizer form before, but hasn’t needed it at home in over a year. Her PFTs were all in the normal range of 70%+, and sleep is great with a new BiPAP (bilevel positive airway pressure) mask after our last visit, so no changes to home protocol or her nighttime BiPAP. Easy appointment with no changes is good news!

My daughter waking me at 5 a.m. the next morning was not so good. I was late going to bed, working on a more in-depth blog that requires scientific research. After four hours of sleep, I drowsily heard her making noise — I was awake! Crash and I went downstairs, settling in while I tried to elicit what caused the early rise. Not two minutes later, we were in the bathroom talking 3 Ps (poop, puberty, pain/UTI) with her looking white as a ghost. The path from bathroom to living room would be traversed seven more times in the next two hours. Finally, evidence of the adverse reaction presented (specifics reserved to preserve her dignity). She has never experienced this symptom before in 11 years, so deciphering clues was challenging. We recalled that, usually, at the pulmonologist’s she has the inhaler version of medication rather than the nebulized version for PFTs. I am 100% confident that the nebulized medication was the cause as it was the only new thing introduced. The cascade of consequences for the next 24 hours included cycles of nausea, lack of appetite, fatigue, false bursts of energy after five bites of carbohydrates, roller-coaster of sugar highs and lows, and arguments about the protein-to-carbohydrate ratio in her food. Five days later, she is stable without having needed IV fluids to restore what was lost. *Shout out to IonCleanse by AMD footbath for nausea elimination.* 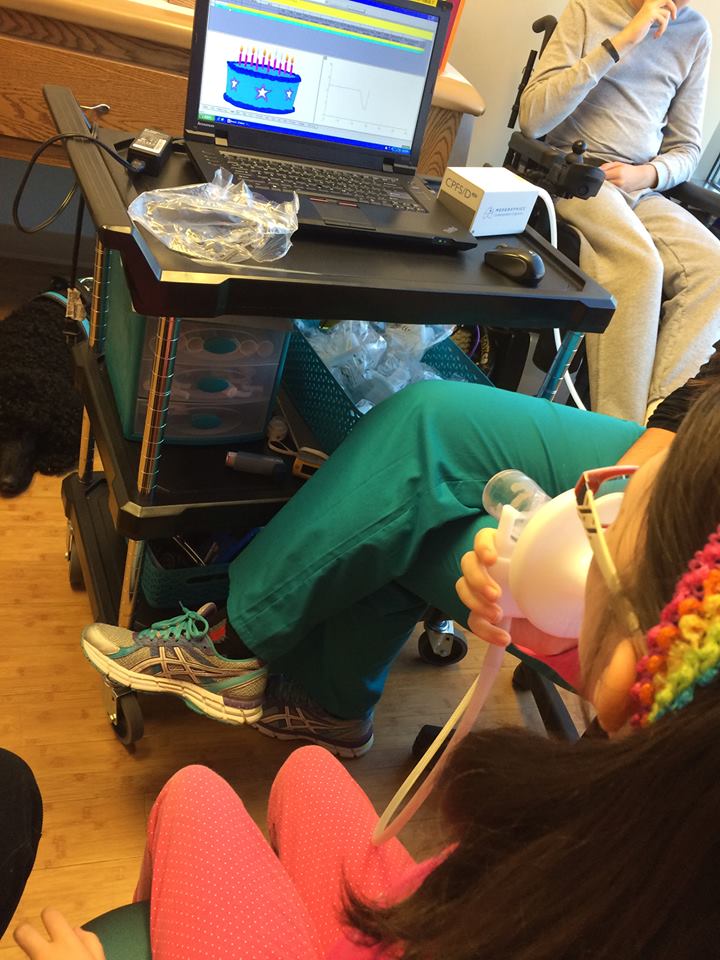 During daylight business hours when this began, I contacted the pulmonologist’s office in the event Crash needed IV fluids so our doctor wouldn’t be blindsided. I was blindsided, though – they denied this episode was related to the nebulizer treatment. The doctor suggested a different rescue medication, efficiently calling in a new prescription. A nurse intermediary suggested perhaps a gastrointestinal viral illness was responsible. Crash only had the single symptom within 15 hours of nebulized inhalation – no other signs of viral or GI illness, even 48 hours later, other than what was expected due to not having any intake for more than 12 hours (generally, not good for kids with mitochondrial disorders).

There was no admission that this adverse reaction was even possible on the manufacturer’s website. The medication is metabolized in six hours in the GI tract. What might a child with slow motility experience? A longer time for a reaction to show, like 2-3 times as long? Did the researchers even consider that possibility in the clinical trials? I know that answer.

Part of managing Mitochondrial dysfunction symptoms is anticipation – knowing the crash will happen, but not when or why. Looking for subtle, easily dismissed signs as “normal but”: cracked lips, skin color, conversation, alertness, appetite or cravings, response timing, body language, and finally the roller-coaster up and down pattern that the medical signs follow. The key is to know your child and their roller-coaster. This part is very individual. I know my child.

So I filed a FAERS report. This episode is not normal for this child. I cannot accept the dismissal by our care team that “correlation does not equal causation.” Neither should you. File your VAERS and FAERS reports.

This entry was posted in Blogs by Thinking Moms' Revolution and tagged FAERS, openFDA, VAERS. Bookmark the permalink.