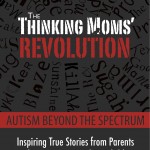 When you’re a broke student trying to get by, and you have ginormous hopes and dreams of helping to save the world and make a difference, you’re pretty much “down” for any gig to make some extra cash to pay the bills (I’m sitting on my blow-up mattress in my  unheated apartment as I write this).  Sometimes I’ll agree to something without even thinking it through. Actually, let’s be real, I do it all the time.  Anyway, a couple of weeks ago, I was housesitting for a family of warriors, the Stoetzels, and one of my tasks was feeding crickets to their child’s bearded dragon.  In all honesty I was not looking forward to it, but I had no gas in my car. It was either walk five miles to work in the below-zero “Chi-beria” weather or suck it up and feed crickets to a dragon. So it was that the next morning I woke up to find a creepy cricket crawling on the ground mocking me.  I got freaked out and ran upstairs, and of course there were about 100 crickets just chilling everywhere in the master bedroom.  (If you’re wondering where I’m going with this, hang on. I know it doesn’t sound very “thinking” of me but I’ll get there.)  I immediately texted Robyn, praying she would say I could just let the dragon out and feed the dragon wilderness-style, because I was not about to chase after crickets.  Long story short, I did have to collect the crickets with my bare hands!  Which brings me to this: For literally 48 hours straight, 100% of my focus was on “capturing” those crickets.  I Googled cricket-killing concoctions, spent hours just listening for their little chirping noises, and was to the point of obsession!  And might I add, I was being a little baby about it, too. All of which made me realize yesterday, as a society, we are CONSISTENTLY OBSESSED WITH THE WRONG THINGS! 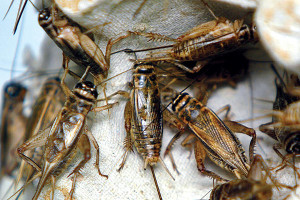 We’re always so distracted (intentionally distracted, of course) that we don’t notice all the horrific atrocities and true crises happening on a daily basis to society, our society.

As much as I hate to say this, the pharmaceutical industry and vaccine manufacturers are marketing masterminds. They’re successful because they’re loaded, but even more importantly they are OBSESSED!  Think about it.  They fight so hard to make sure that every child is vaccinated for everything before entering school.  If a child has cancer, they make sure that child receives chemotherapy by guilting and threatening the parents into it. The crazy thing is when you look at the vaccine debate, it starts wars — Facebook wars, real-life wars — resulting in families falling apart, friendships breaking, tempers rising, extremely awkward get togethers, etc.  All because of Big Pharma’s obsession with wringing every dollar they can out of every victim . . . I mean patient!  And, unfortunately, people fall for it because they don’t know what they don’t know. And I mean who wouldn’t be obsessed if the product you made brought in millions, and no one could ever sue you? Check this out: the following companies were awarded the following amounts in contract profits in the year 2011: Sanofi Pasteur  $1,142,400,000.00 [1] GlaxoSmithKline  $786,456,400.00 [2] Merck $1,704,454,000.00 [3] Novartis $451,660,000.00 [4] Pfizer $1,652,570,000.00 [5] MassBiologics $11,250,000.00 [6] totaling a whopping $5,748,790,400.00 in ONE YEAR!

The craziest thing is that, if you look at the science, the holes are so large that all my shoes wouldn’t even take up .00001% of that hole — and I have a lot of shoes! Take herd immunity for example, one of the biggest reasons parents decide to vaccinate their children. I found this awesome quote while I was reading the phenomenal Ms. Jessica Gianelloni’s blog (if you don’t read it, you are missing out on life http://gianelloni.wordpress.com/) from a world-renowned neurosurgeon, Dr. Russell Blaylock: 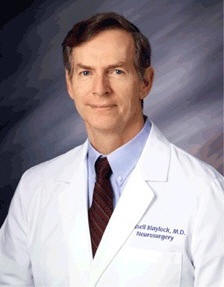 “When I was in medical school, we were taught that all of the childhood vaccines lasted a lifetime. This thinking existed for over 70 years. It was not until relatively recently that it was discovered that most of these vaccines lost their effectiveness 2 to 10 years after being given. What this means is that at least half the population, that is the baby boomers, have had no vaccine-induced immunity against any of these diseases for which they had been vaccinated very early in life. At least 50 percent of the population has been unprotected for decades. If we listen to present-day wisdom, we are all at risk of resurgent massive epidemics should the vaccination rate fall below 95 percent. Yet we have all lived for at least 30 to 40 years with 50 percent or less of the population having vaccine protection. Herd immunity has not existed in this country for many decades, and no resurgent epidemics have occurred. Vaccine-induced herd immunity is a lie used to frighten doctors, public-health officials, other medical personnel, and the public into accepting vaccinations”.

So what does that tell us? It tells us herd immunity is a concept based on a lie! Absurd.  How is it possible that millions of people believe in herd immunity? Because Big Pharma is so obsessed with getting their “message” out that people don’t think twice about it.

Now, what if we got to the point of OBSESSION with spreading the truth, with loving people and obsessed with serving? If Big Pharma can actualize their obsession, we can sure as hell actualize ours! Sure, we may not have the money they have, but our intentions are pure and, even more importantly, God is on our side! How amazing is that? The very same God that can show us he’s God, is on our side!  I believe so much that God puts situations and people in your life for a reason. The same way that God makes us essentially step out of our comfort zones to serve His people. 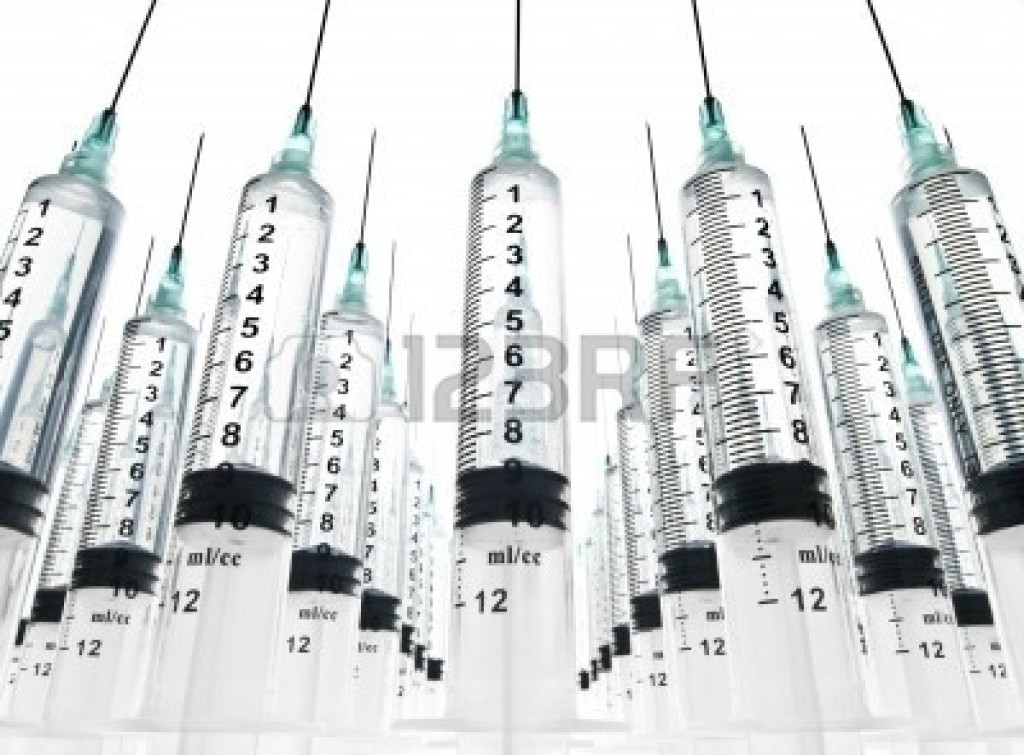 I felt that call on Thursday night which prompted me to write this blog. This is actually my very first blog ever, and I was inspired to write it after attending a “doctor prep training” with some awesome, future, kick-ass Maximized Living student-doctors.  After witnessing a “Bring The Heat” competition, it made me think: The students of today are going to be the future leaders of tomorrow.  As corny as it sounds, I look at all the kids with neurodevelopmental issues, kids on medication, and our current doctors, politicians, and role models, and I think, if we don’t begin to pour truth and philosophy into these kids, our future generation of kids is going to be scary! After all the warriors are gone, who’s going to be left? You see, it’s a cycle, if your child is over-medicated, your grandkids are most likely going to be over-medicated as well. Does that pertain to everyone? I pray it does not, but history repeats itself, which is why I believe so strongly in mentors. If you haven’t found a student to mentor, do it! Invite them over, teach them what you know!  We need to educate, inspire and empower one another because this is our world and it’s up to us! We need to fight for ourselves and generations to come. I don’t want to stand in front of God one day and know I have failed him. Do you? We are all born with an amazing, innate drive, love and passion for humanity, but it’s the things we become obsessed over that begin to shape the person we will become, and even more importantly, what the generations to follow will become. So let’s stop arguing and obsessing over crickets, and let’s save humanity!

I saw this amazing quote today from the developer of chiropractic, the insanely wise Dr. B. J. Palmer.  He said, “It is impossible to stop thinking, the job is to get them started.”

So with that said, I’m going to leave you Thinkers with this and I’ll be done ranting. GET PEOPLE TO START THINKING, QUESTIONING AND EXPLORING the RIGHT things. Mentor a student, reach out to an old friend, check in with a loved one, and just LOVE one another, encourage and empower each other, be happy for each other. The further we get from each other, the easier it is for the devil to step in.

~A Currently Broke but Passionate Future Doctor of Chiropractic

Sabha Abour was first truly introduced to the autism world by Robyn Stoetzel in 2013 at the Autism One Conference and it has since opened her eyes and heart to TRULY realizing that our CHILDREN are sick, crying and begging for us to help in stopping this pandemic, yes pandemic! That weekend, she and Robyn Stoetzel teamed up with Dr. Wakefield, Dawn Loughborough, the DAIR Foundation, Maximized Living and the amazing Thinking Moms’ Revolution and put together one of the largest Vaccine and Pro-Health Seminars ever! Since then, she has made it her sole responsibility to do the uncomfortable, become obsessed, save the babies and educate everyone, especially students! She is currently in chiropractic school at Palmer College in Davenport, Iowa learning to become a leader and activist for generations to come. She is a proud Muslim woman with a passion and heart for the truth, justice and health!

11 Responses to Stop the Vaccine Obsession!