As an ad hoc organization representing over 1,300 Texas families, Texans for Vaccine Choice is dismayed by the recent change announced by the American Medical Association regarding a patient’s right to opt out of immunizations. Inserting itself into legislative policy-making, the AMA, an “advocacy” group of dues-paying members, has determined that states should eliminate non-medical exemptions to vaccines. According to the June 9 press release, immunizations should be “mandatory for admission to schools and other public venues.” In the event that elected officials are misled by the new AMA policy, thinking that it is an organization which speaks solely for physicians and has only public health in mind, Texans for Vaccine Choice would like to clarify a few points: 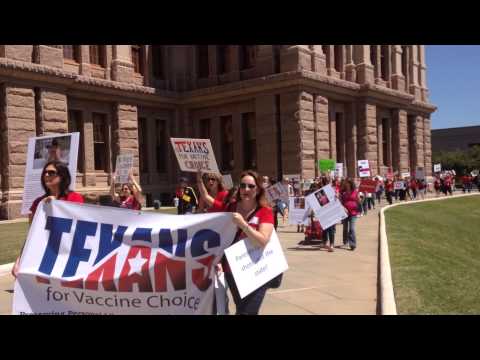 Texans for Vaccine Choice is urging knowledgeable legislators to disregard this policy change, and asking concerned healthcare professionals to reject these recommendations. Informed consent and bodily autonomy are basic human rights, both of which are violated when vaccines are mandated.